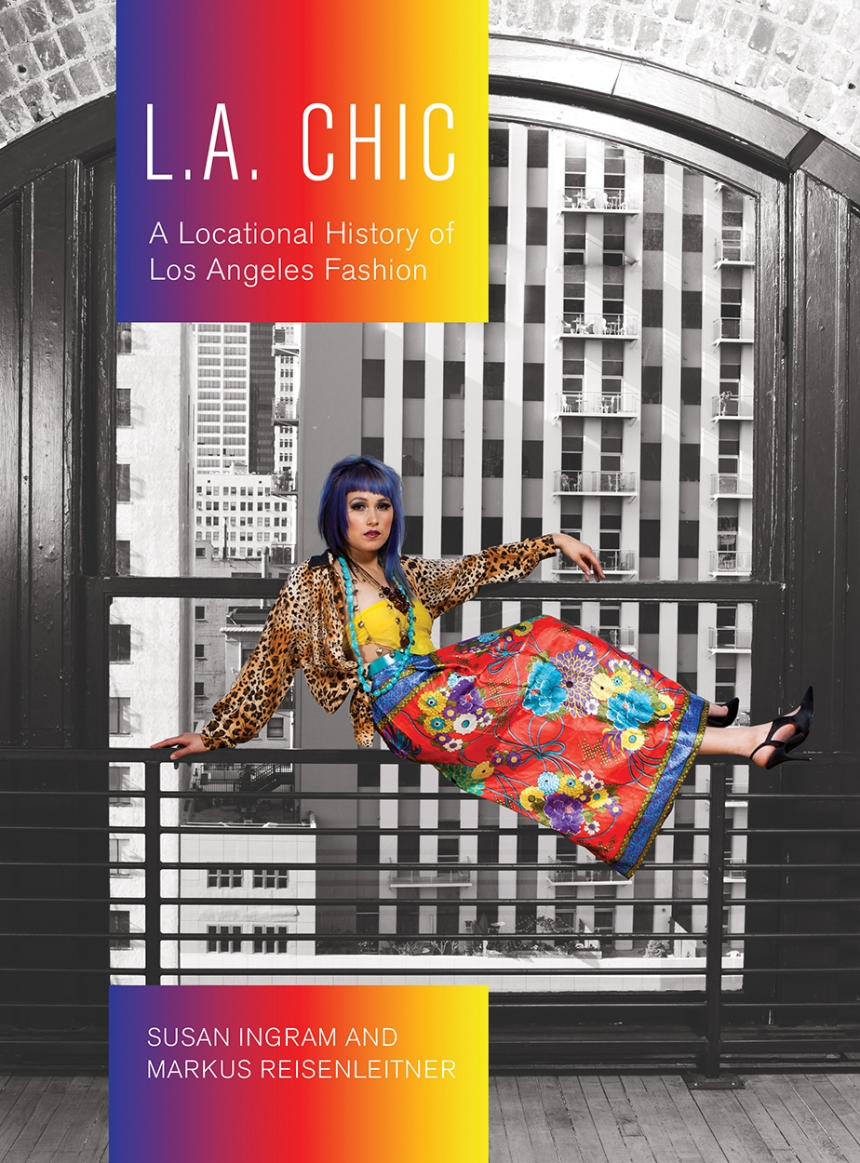 Los Angeles is undergoing a makeover. Leaving behind its image as all freeways and suburbs, sunshine and noir, it is reinventing itself for the twenty-first century as a walkable, pedestrian friendly, ecologically healthy, and global urban hotspot of fashion and style,  while driving initiatives to rejuvenate its downtown core, public spaces, and ethnic neighborhoods. By providing a locational history of Los Angeles fashion and style mythologies through the lens of institutions such as manufacturing, museums, and designers and readings of contemporary film, literature and new media, L.A. Chic provides an in-depth analysis of the social changes, urban processes, desires, and politics that inform how the good life is being re-imagined in Los Angeles.

Throughout the book, Susan Ingram and Markus Reisenleitner dig up submerged and marginalized elements of the city’s cultural history but also tap into the global circuits of urban affect that are being mobilized for promoting L.A. as an example for the global, multi-ethnic city of the future. Engagingly written, highly visual, and featuring numerous photographs throughout, L.A. Chic will appeal to any culturally inclined reader with an interest in Los Angeles, its cultural history, and modern urban style.

"Building on LAs history, L.A. Chic encompasses complex cultural influences and here we are able to witness their evolution. . . . In our collective consciousness, we often see 'L. A.' as embodying the glitz and glamour of Hollywood. Despite the popularity of this image, it is shown here to be inaccurate; this text gives 'L.A.' a much greater depth, allowing room for the shifting of collective consciousness. Something else to emphasize is the abundance of case studies from within popular culture, which make this text significant for the twenty-first century. . . . Until the timely release of this publication, LA has perhaps been neglected both in the study of fashion and in cultural geography. The case-studies here allow anyone access to the world of LA. They offer ways to translate and interpret all the different snippets of information we believe ourselves to have about the city."