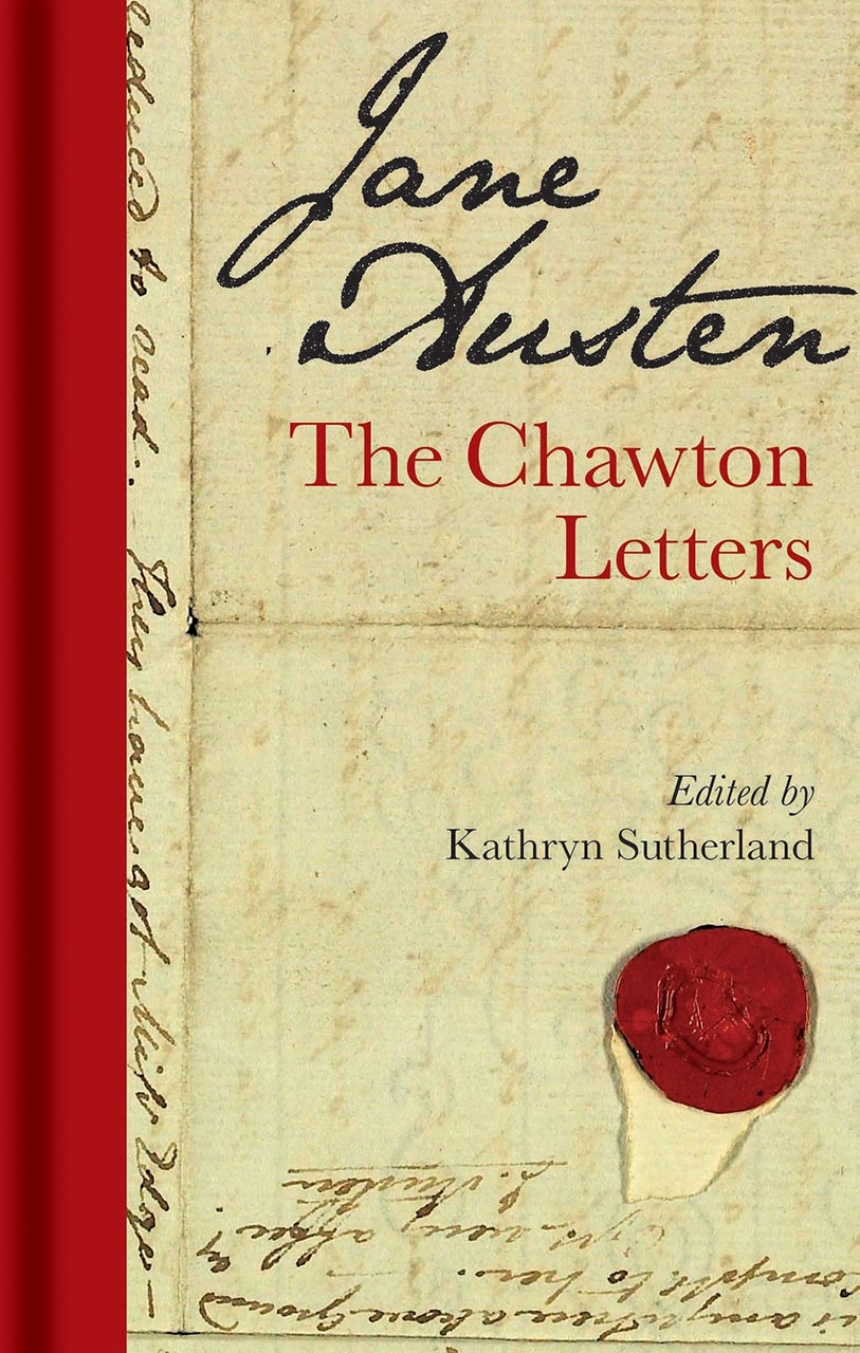 The life of Jane Austen has fascinated the millions of readers around the world who cherish her work. A new collection presents an intimate portrait of Austen in her own words, showing the many details of her life that found echoes in her fiction, especially her keen observations of the “little matters”—the routines of reading, dining and taking tea, paying visits to family and friends, and walking to the shops or to send the post.
Brilliantly edited by Kathryn Sutherland, Jane Austen: The Chawton Letters uses Austen’s letters drawn from the collection held at Jane Austen’s House Museum at her former home in Chawton, Hampshire, to tell her life story. At age twenty-five, Austen left her first home, Steventon, Hampshire, for Bath. In 1809, she moved to Chawton, which was to be her home for the remainder of her short life. In her correspondence, we discover Austen’s relish for her regular visits to the shops and theaters of London, as well as the quieter routines of village life. We learn of her anxieties about the publication of Pride and Prejudice, her care in planning Mansfield Park, and her hilarious negotiations over the publication of Emma.  (To her sister, Cassandra, Austen calls her publisher John Murray, “a Rogue, of course, but a civil one.”) Throughout, the Chawton letters testify to Jane’s close ties with her family, especially her sister, and the most moving letter is written by Cassandra just days after Jane’s death. The collection also reproduces pages from the letters in Austen’s own distinctive hand.
This collection makes a delightful modern-day keepsake from one of the world’s best-loved writers on the two-hundredth anniversary of her death.