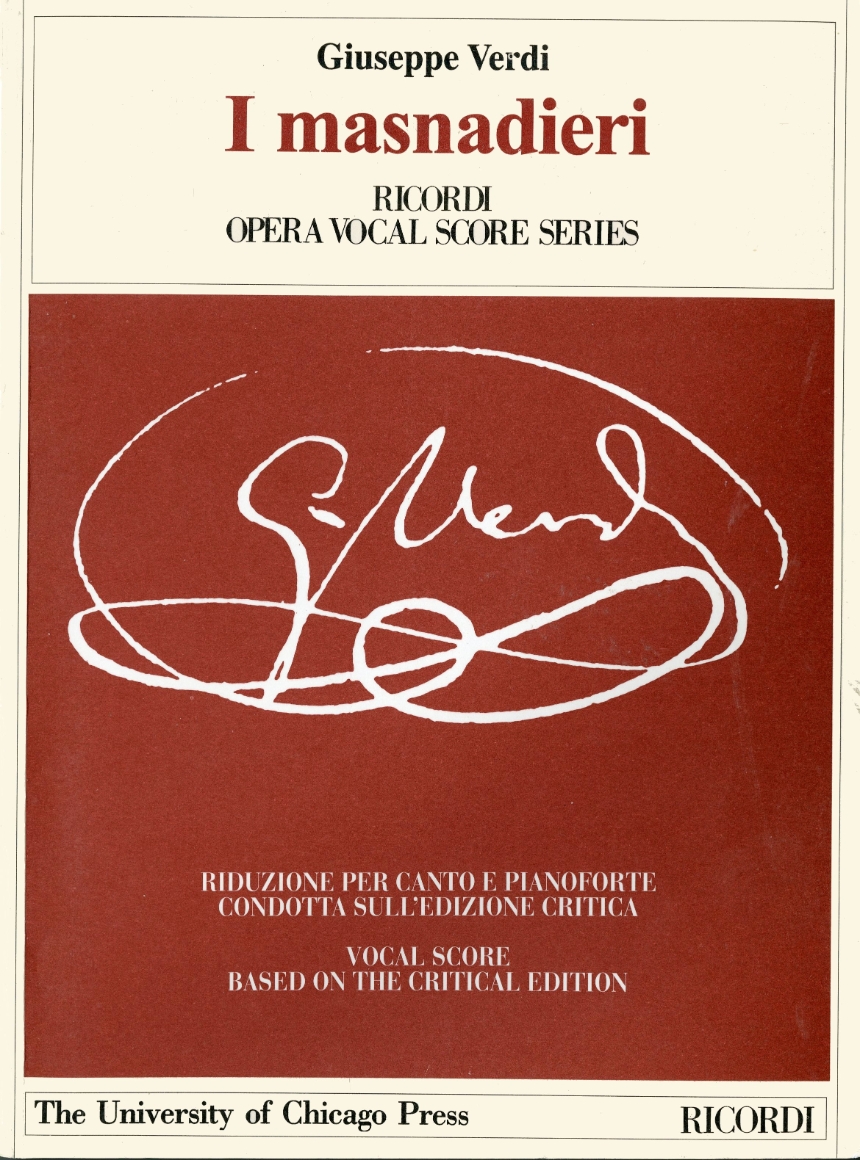 Composed between October 1846 and the spring of 1847, I masnadieri has until recently been one of Verdi’s lesser-known works. Featuring a libretto based on Schiller’s play Die Raüber (The Robbers), the opera premiered in July 1847 at Her Majesty’s Theatre, London, with Jenny Lind as the prima donna. In his first experience as a stand-up conductor, Verdi directed the performance. The original performing parts, including changes inserted by the composer during rehearsals, are preserved at the archives of the Royal Opera House and inform the critical edition of the full score. Prior to Marvin’s edition, no orchestral score of I masnadieri had ever been published. Since then, recent performances using the critical edition have revealed the opera as a fully viable, stage-worthy work.

The piano-vocal score, derived from the definitive full score, offers musicians and admirers of Verdi’s work an opportunity to possess I masnadieri in authoritative form. Designed for both performers and scholars, this affordable paperback edition provides a reliable source for the interpretation and study of an opera gaining renewed attention in the Verdian canon.