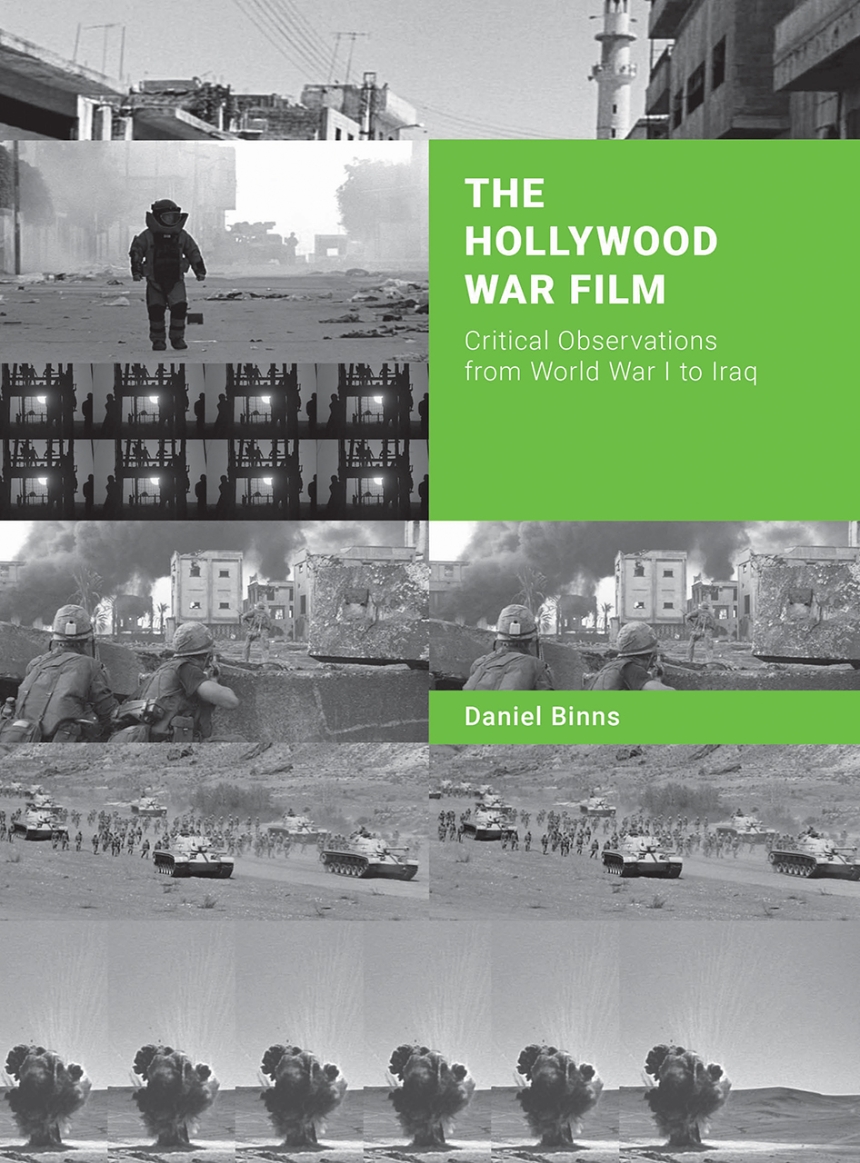 Critical Observations from World War I to Iraq

Critical Observations from World War I to Iraq

Combining action, violence, and deeply conflicted emotions, war has always been a topic made for the big screen. In The Hollywood War Film, Daniel Binns considers how war has been depicted throughout the history of cinema. Looking at depictions of both World Wars, the Vietnam War, and the major conflicts in the Middle East, Binns reflects on representations of war and conflict, revealing how Hollywood has made the war film not just a genre, but a dynamic cultural phenomenon.

Looking closely at films such as All Quiet on the Western Front, Full Metal Jacket, and The Hurt Locker, Binns reveals the commonalities in Hollywood films despite the distinct conflicts and eras they represent, and he shows how contemporary war films closely echo earlier films in their nationalistic and idealistic depictions. Offering a trenchant analysis of some of the most important war films from the past century, this book will be of interest to anyone who has been captivated by how film has dealt with one of humanity’s most difficult, but far too common, realities.

"The issues and the framework of the study are clearly defined by the author as well as the comings and goings between the theories and films, which are articulated in a clear and legitimate way and contribute to the great interest of this book for those who are interested in the war movie genre."

"Genre analysis, as Robert Stam warned, is always in danger of narrowness, normativism, monolithic definitions and biologism. Daniel Binns' The Hollywood War Film has avoided such pitfalls by offering a reading of the genre that captures its shifting nature across time and forms, starting with the grand narratives of Hollywood to more recent video games. . . . The Hollywood War Film is a significant contribution to the study of cinematic genres and will appeal to both specialists in the field of film studies and students."

"[Binns's] monograph on the Hollywood war film is not the first book on this subject or even the first with this title, but he brings a more theoretically-informed and less historicist approach to bear on the topic than previous scholars. He draws thoughtfully on the best and best-known works on the topic, including those by Paul Virilio, Jeanine Basinger, and Robert Eberwein. Over the course of an introduction and four chapters, he works to elicit a new understanding of the war film genre and, in the process, of generic formation more generally."