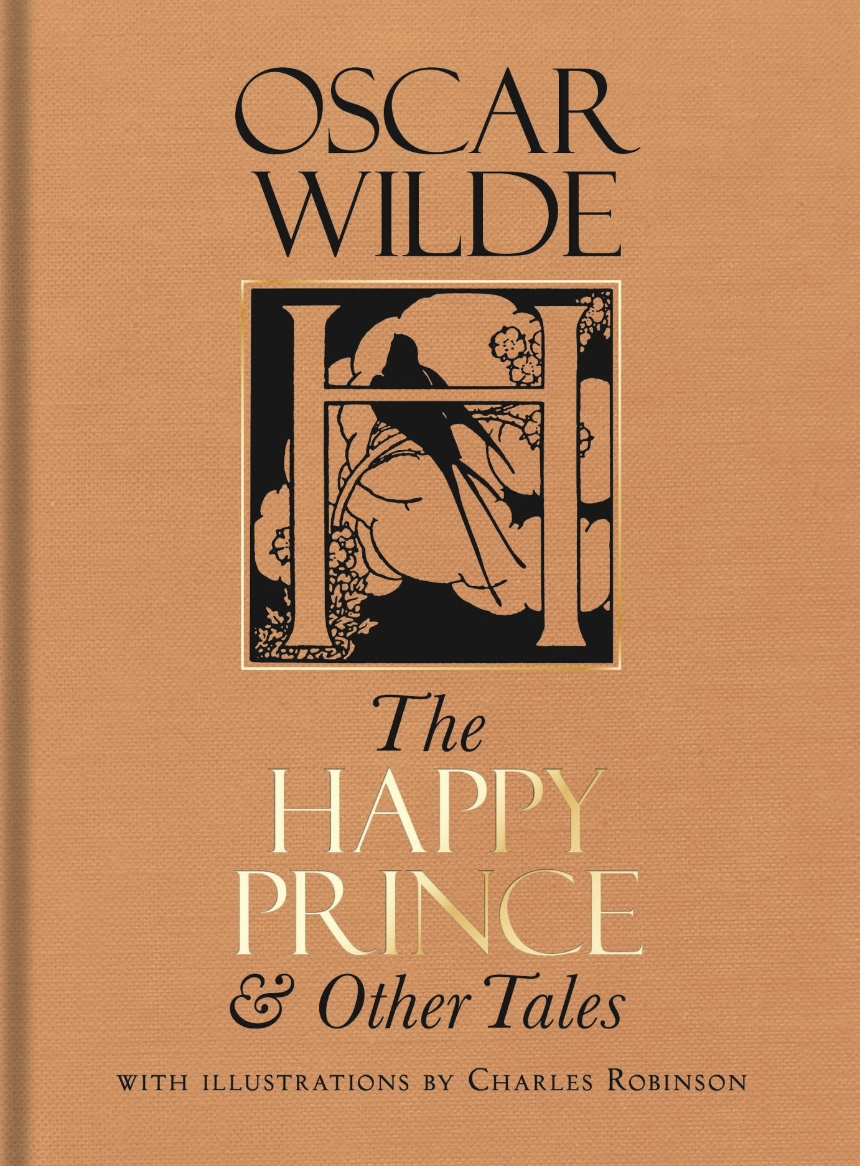 The Happy Prince & Other Tales

With an Introduction by Michèle Mendelssohn
Illustrated by Charles Robinson
9781851245994

The Happy Prince & Other Tales

With an Introduction by Michèle Mendelssohn
Illustrated by Charles Robinson
A collector’s edition of Oscar Wilde’s stories for children.

Oscar Wilde’s stories have given pleasure to generations of readers. This collection of children’s stories, first published in 1888, explores timeless themes of good and evil, freedom and responsibility, love and death, beauty and self-sacrifice. Featuring princesses, ogres, and talking animals, The Happy Prince & Other Tales poses questions that are as pertinent now as they were at the turn of the century. What is love? asks “The Happy Prince.” How do you get what you need? asks “The Nightingale and the Rose.” How do you win friends—and avoid alienating people? Can you have too much compassion? How can you set the world on fire?

By turns moving and funny, these stories teach free thinking rather than giving prescriptive lessons. This beautiful collector’s edition includes original watercolor illustrations and decorative motifs from the 1913 edition by Charles Robinson. With an introduction by Wilde expert Michèle Mendelssohn, The Happy Prince & Other Tales is certain to surprise and delight children and adults alike.

Picture Oscar Wilde – imposing, sophisticated, elegantly dressed in a tailored suit – on all fours. He is down on the nursery floor, all six feet four inches of him. Two excited little children named Vyvyan and Cyril sit astride his back. Their grandmother calls them princes and he, their father, does their bidding. He has put all two hundred pounds of himself at their service. He will become any animal they wish: he roars like a lion for them, then howls like a wolf and neighs like a horse. Now he crawls, then races around the house like a beast let loose, romping from the nursery into the dining room, over chairs and under tables. The children are delighted. When he rears up, they grip his shoulders, nuzzling into his neck and inhaling the smell of him, a familiar mixture of cigarette smoke and eau de cologne. They will remember it as long as they live. In 1895, he will be sent to jail, and his sons will never see him again. Years will pass; the boys will become men. Both will serve in the British Army during the First World War. Cyril will be killed on the Western Front in 1915. Vyvyan will become a translator and declare himself ‘proud of my father and his place in English literature’. In his memoir, Son of Oscar Wilde, Vyvyan will immortalize a private version of his father as ‘a smiling giant’ who ‘told us all his own written fairy stories’.

You are holding in your hands five of those wonderful stories. Perhaps you intend to read them to a child. Perhaps you intend them for a friend, or for yourself. With characteristically vivid prose and playfulness, Wilde’s stories explore timeless themes of good and evil, freedom and responsibility, love and death, beauty and self-sacrifice. The age-old questions they pose are as pertinent now as they were at the turn of the twentieth century, when they were written. What is love? asks ‘The Happy Prince’. How do you get what you want (or at least what you need)? asks ‘The Nightingale and the Rose’. How do you win friends (and avoid alienating people)? asks ‘The Selfish Giant’. Can you have too much compassion? asks ‘The Devoted Friend’. How can you set the world on fire? asks ‘The Remarkable Rocket’. (Answer: by keeping your powder dry.) These aren’t age-restricted questions, of course. They preoccupy adults and children alike. The Happy Prince and Other Stories is ‘meant partly for children’, Wilde said, ‘and partly for those who have kept the childlike faculties of wonder and joy’.

This was Wilde’s first book of fiction. It bears his unmistakable mark and gestures towards his impressive generic range. It captures the musicality of Poems (1881), as well as the wit and ingenuity he brought to the new genres in which he was working in 1887: the sharp-eyed social commentary of his journalism in ‘The American Invasion’ and ‘The American Man’, the comic sensibility of short stories like ‘The Canterville Ghost’ and ‘The Model Millionaire’, and the seriousness he brought to the Woman’s World as the magazine’s editor. In these works, Wilde shape-shifted from entertainer to analyst and commentator. All of these elements were to come together a year later in The Happy Prince and Other Stories. The book anticipates the truth-telling of his mature essays as well as the paradoxical society comedies that would make him a household name in the 1890s. (…)

Don’t be fooled: although these stories include ogres, princesses and talking objects, you are entering a universe that may be recognizably similar to your own in many respects. The externals may not immediately show it, but the subject here is human nature. It is precisely the relatability and real-world adjacency of the stories’ situations and emotions that make them so appealing. The tales address timeless existential problems. Through humour, irony and symbolism, they go to the heart of the human experience. (…)

Let’s get down on hands and knees, then, and romp around with Wilde. When you get down on all fours, you notice that your viewpoint shifts. Suddenly, you see the world from below. That occasions a change of perspective for your imagination as much as for your eyes. Your new angle of vision prompts a new understanding of your surroundings. Perhaps a table is no longer something to sit at, but something to sit under. Suddenly, the table has new uses: it may become a house, a castle, a fort, a bomb shelter. In the preface to The Picture of Dorian Gray, Wilde declared that ‘all art is at once surface and symbol. Those who go beneath the surface do so at their peril.’ Let’s go under the surface, then, and look at the range of shimmering philosophical possibilities they entertain. It is from a similar viewpoint that Wilde’s tales begin: by inviting us to enter a make-believe world that resets our moral compass. In many of these stories, we notice there’s something wrong from the start – there’s a tear in the whole fabric of society, a breach in the social contract. Right and wrong aren’t always easily distinguished from one another. The order of things has been overturned. Love perishes while capitalist and utilitarian concerns flourish.