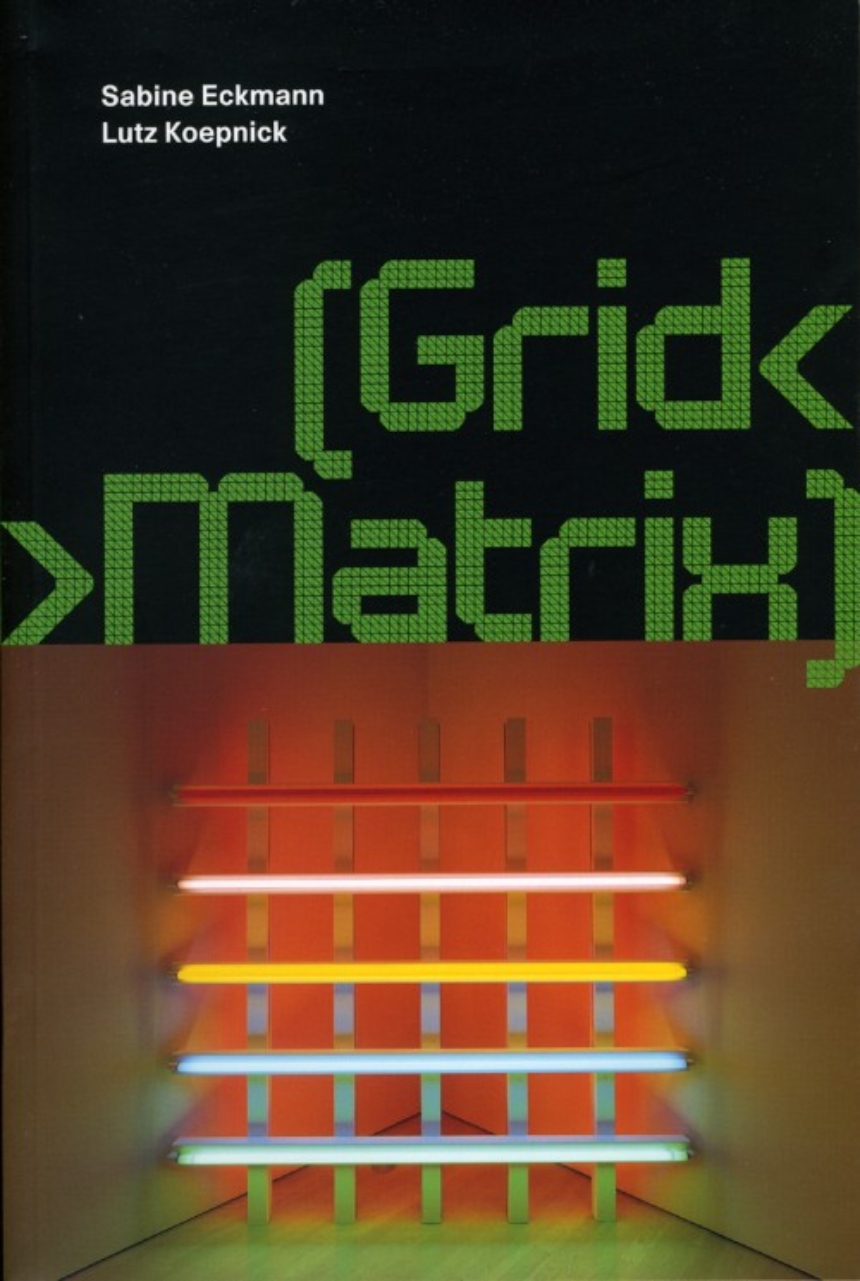 [Grid < > Matrix] is the first publication in the Screen Arts and New Media Aesthetics series, a series of exhibitions and publications that explore the interpenetration of different screens of representation in contemporary culture—from the canvas to the computer terminal, the cinema to the television set, the video monitor to the museum wall, the book page to the cell phone display. This series probes the aesthetic uses and historical dimensions of contemporary screen culture and sheds light on how different artists make use of newer media and technologies, how the rise of the digital impacts dominant codes of art, culture, and experience, and how today’s screens open alternate windows on the past, present, and future.

[Grid < > Matrix] traces two different but closely related modes oforganizing the visible world and its aesthetic representations. In analog cultures, the notion of the grid empowers the production of images that claim universal authority. Most often static in nature, grid-like structures, spaces, and images approach the viewer as immediately recognizable and hence devoid of unwanted surprises. Digitally-based matrices, by way of contrast, set the modernist grid into motion. They have the ability to catalyze visual expressions and experiences that, in spite of their algorithmic foundations, aim at open-ended and often unpredictable transformation. Grid and matrix, as presented in this exhibition, form a central dialectic of modernist and postmodernist culture. Featuring two essays, one by each of the exhibition curators, the publication’s aim is not to tell a story of linear historical progress, but to explore continuities and ruptures between the analog and the digital, between the organizational principles of older and newer media.