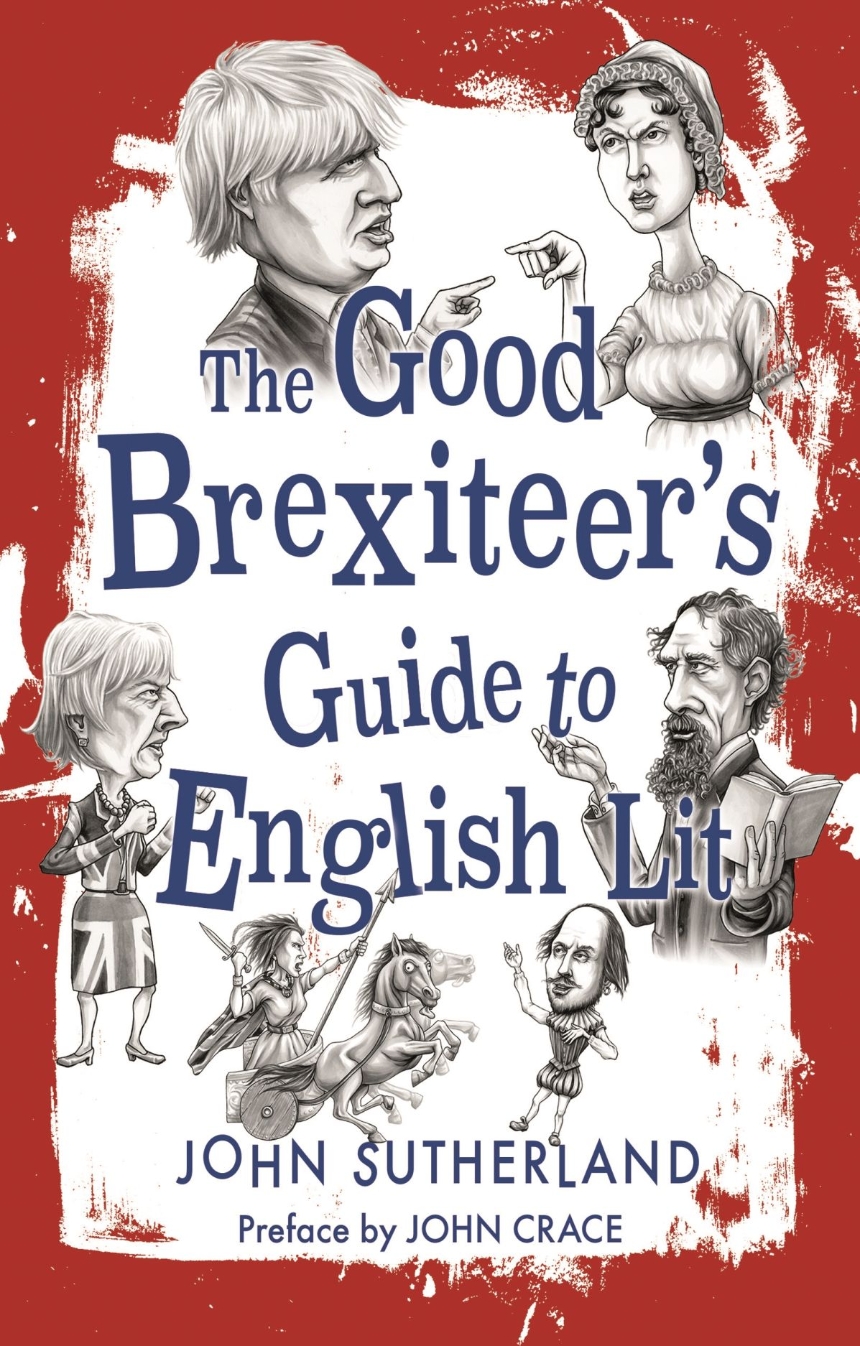 With a Preface by John Crace
What is Nigel Farage’s favorite novel? Why do Brexiteers love Sherlock Holmes? Is Philip Larkin the best Brexit poet ever? Through the politically relevant sideroad of English Literature, writ large, John Sutherland quarries the great literary minds of English history to assemble the ultimate reading list for Brexiteers.

Brexit shook Britain to its roots and sent shockwaves across the world. But despite the referendum victory, Brexit is peculiarly hollow. It is an idea without political apparatus, without sustaining history, without field-tested ideology. As Sutherland argues: it is without thinkers—like Frankenstein waiting for the lightning bolt. In this irreverent, entertaining, and utterly tongue-in-cheek new guide, Sutherland suggests some stuffing for the ideological vacuity at the heart of the Brexit cause. He looks for meaning in the works of William Shakespeare, Jane Austen, and Thomas Hardy; in modern classics like The Queen and I and London Fields; and in the British national anthem, school songs, and poetry.

Exploring what Britain meant, means, and will mean, Sutherland subtly shows how great literary works have a shaping influence on the world. Witty and insightful, and with a preface by Guardian columnist and critic John Crace, this book belongs on the shelves of anyone seeking to understand the bragging Brexiteers (and the many diehard Remoaners, too).

"The Good Brexiteer’s Guide to English Lit . . . goes some way to explaining why Brexit can make fools of the cleverest people—as well as making fools of fools. Sutherland argues that Brexit is essentially hollow: an idea without political apparatus, without sustaining history and without field-tested ideology. Rather, it was an atavistic set of competing interests. Some wanted to get rid of immigrants; some wanted to restore British sovereignty; some just wanted to give the political elites a kicking. A diehard remainer, Sutherland has performed the ultimate sacrifice. He has given the Brexiters something they were never able to give themselves: a cultural and literary hinterland around which they can unite, and against which Brexit can be better understood."

"Sutherland brings the entire literary canon into orbit around the political black hole. Is Blake's 'Jerusalem' Brexity? (Sort of.) Is Kipling? (Not quite.) 'Brexit' itself is an ugly word, especially when you hear it several times on every page, but since the rest of public life is lost in its vortex, why not literature too?"

"Sutherland developed this BrexLit survey as a curriculum for a Britain about to leave the European Union. 'Brexit,' he writes, 'is an idea without political apparatus, without sustaining history, without field-tested ideology.' He’s here to remedy that by culling the canon for expressions of Englishness, 'that green and pleasant land,' that good Brexiteers revere: Shakespeare, Hardy, Orwell, and others (though not Dickens). This is the British academic’s umpteenth repackaging of his love of lit."