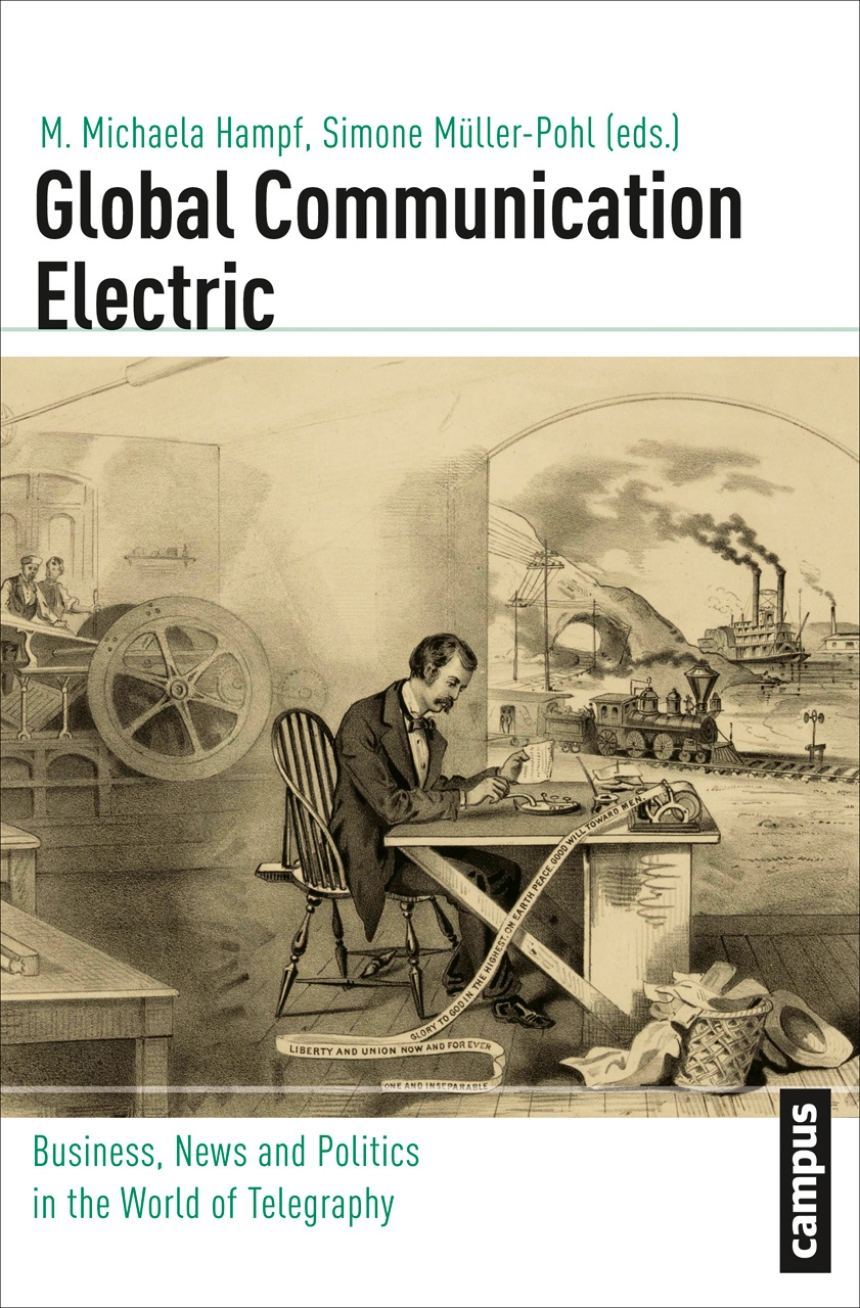 Business, News and Politics in the World of Telegraphy

Business, News and Politics in the World of Telegraphy

As catalysts of our present global condition, telegraphs are emblems of modernity. The establishment of a worldwide network of landline and submarine cable connections in the mid-nineteenth century fostered the emergence of new structures and patterns of interaction on a global scale. World politics and a global economy only became possible with the creation of “global communication electric.”

This book examines the emergence of this global media system between 1860 and 1930 in four sections—"Inter|Nationalisms," "Agents|Actors," "Use|News," and "Space|Time"—that aim to broaden and challenge popular conceptions of telegraphy. In exploring the varied uses of telegraphy, real or imagined, Global Communication Electric expands the notion of the telegraph as a globalizing medium: of connection as well as friction; of political, social, and economic entanglement as well as disentanglement; and of crossing as well as creating distance in space and time.

“Heralding the era of globalization, telegraphy as a medium of networked communication reimagined structures of power and patterns of interaction in the mid-nineteenth century. Hampf and Müller-Pohl bring together thirteen contributors to sift the implications of this one-time new media technology. . . . As a global history, the book’s major contribution is offering a critical reconsideration of standard narratives of telegraphy as the ‘Victorian Internet,’  a weapon of empire, and an abolisher of temporal-spatial constraints to argue instead for a more nuanced (and ultimately less Euro-American-centric) interpretation of the role of telegraphy in the nineteenth century. . . . Recommended.”