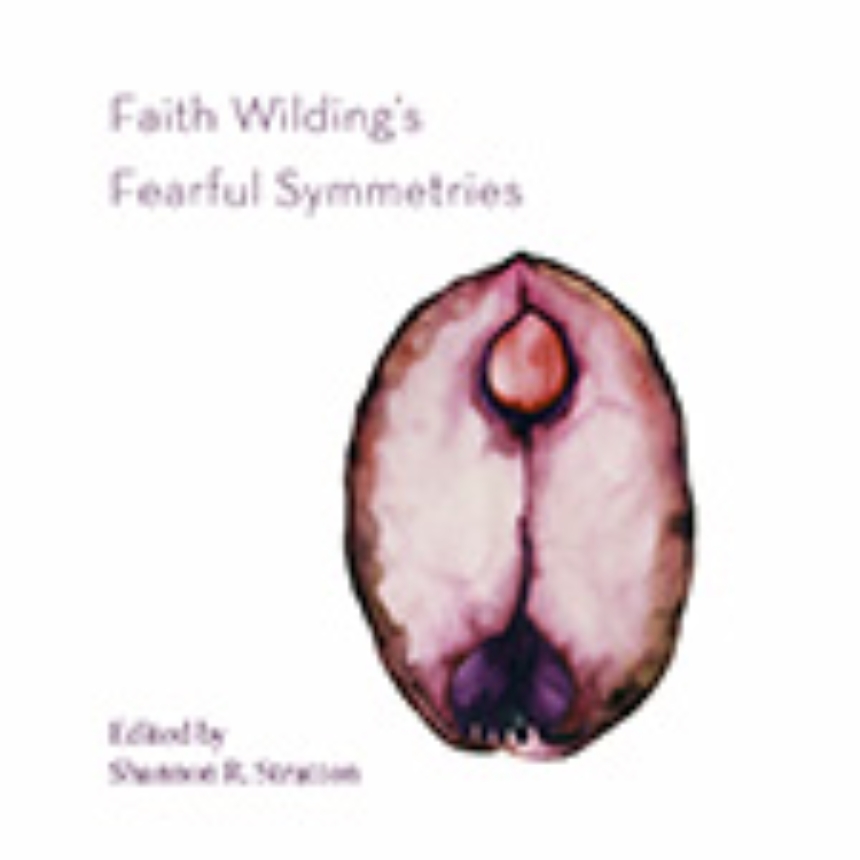 The limited hardbound edition of Faith Wilding's Fearful Symmetries is now available. This high-end collection of the artist's stunning works, complete with a debossed claret cover, is a beautifully produced object in its own right.

Deeply influenced by studies of female iconology, the medieval, the subconscious, and hybrid bodies, Faith Wilding’s art is instantly recognizable. In keeping with Wilding’s own artworks, this book is a bricolage: memoirs and watercolors sit alongside critical essays and family photographs to form an overall history of both Wilding’s life and works as well as the wider feminist art movement of the 1970s and beyond.

This collection spans fifty years of Wilding’s artistic production, feminist art pedagogy, and participation in, and organizing of, feminist art collectives, such as the Feminist Art Program, Womanhouse, Womanspace Gallery, and the Woman’s Building. Featuring contributions from scholars and artists, including Amelia Jones, the book is the first of its kind to celebrate the career of an artist who helped shape the feminist art of today. Intimate, philosophical, and insightful, Faith Wilding’s Fearful Symmetries is a beautiful book intended for artists, scholars, and a broader audience.

"Rarely do we have the privilege to enter the world of experiences, feelings, relations that inspire art works, ​to ​see the images emerge from the words, ​to hear different voices reflecting on this process. Faith Wilding’s Fearful Symmetries is an exception. But what is most commendable about this book is the sheer beauty of Wilding’s descriptions of the enchanted world in which she grew up​, the magical quality of the paintings included in the book and, equally important, Wilding’s reflections on her striving to create generative, organic life forms beyond the world of the feminine. This is a powerful book to be read, shared and treasured."

Silvia Federici, author of Caliban and the Witch

"Fearful Symmetries is an essential and long-overdue contribution to the history of feminist art that comprehensively examines the work of one of the movement's most important figures. This book does justice, finally, to Faith Wilding’s wide-ranging, poetic, and politically-infused work with an intellectual approach and aesthetic sensibility that matches the richness of the artist’s work."