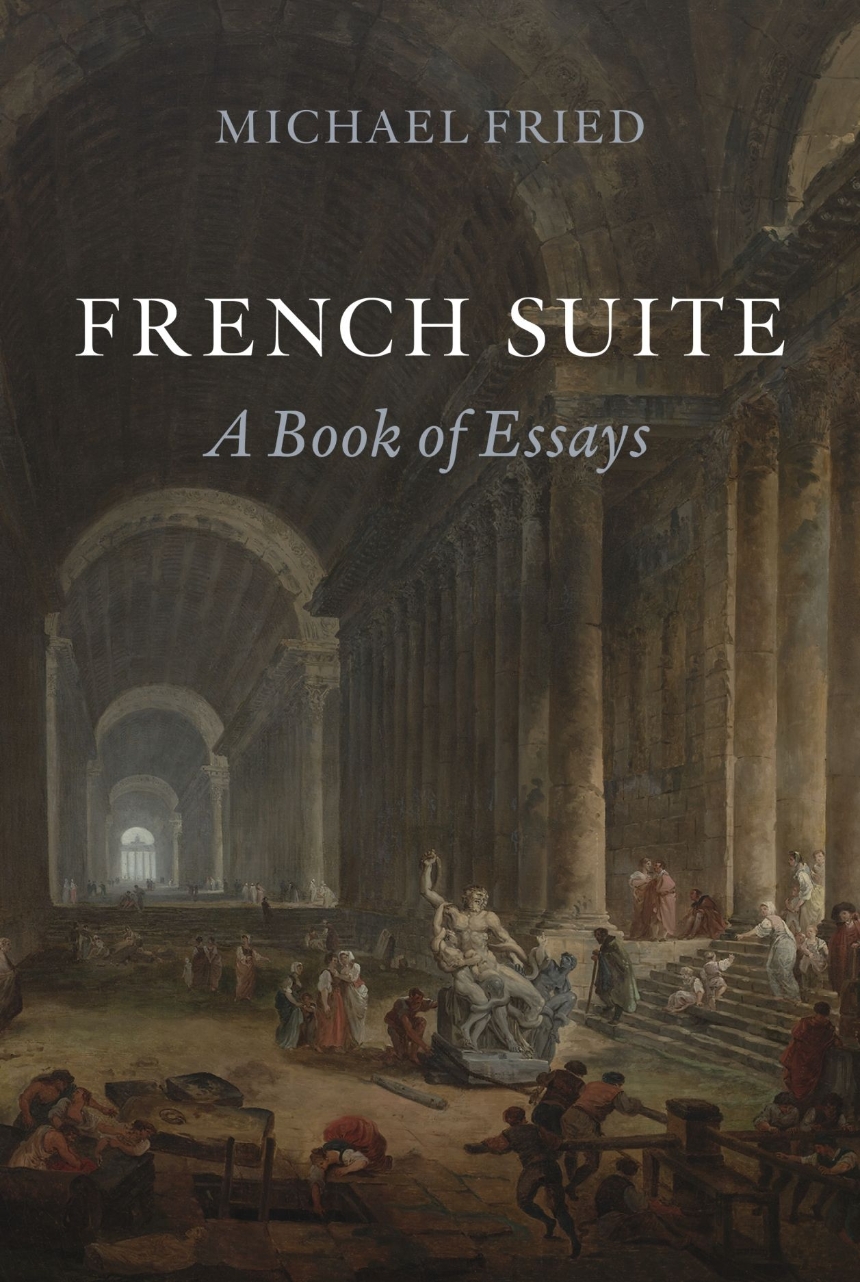 A Book of Essays

A Book of Essays

With an Introduction by Stephen Bann
From Manet to Gericault, Daubigny to Corot, an insightful, breathtakingly original exploration of French art and literature.

French Suite examines a range of important French painters and two writers, Baudelaire and Flaubert, from the brothers Le Nain in the mid-seventeenth century to Manet, Degas, and the Impressionists in the later nineteenth century. A principal theme of Michael Fried’s essays is a fundamental concern of his throughout his career: the relationship between painting and the beholder. Fried’s typically vivid and strongly argued essays offer many new readings and unexpected insights, examining both familiar and lesser-known French artistic and literary works.

"French Suite displays at every moment Fried’s unmatched ability to undo the opposition between the concrete and the abstract, to see in a single painting (and even sometimes in a single detail of that painting) the presence of an entire intellectual history, and to understand that history in terms of philosophical concepts that make themselves most powerfully manifest in individual paintings. Both on subjects that have always been central to his work (e.g. Manet, Gericault) and ones that are new (e.g. Daubigny, Corot), this book is full of stunning surprises, readings that fundamentally alter your sense of what you’re seeing. And the extraordinary final essay—'The Moment of Impressionism'—gives you a new sense not only of what you’ve seen but—in relation to the whole question of formalism in art history—of what you’ve read."