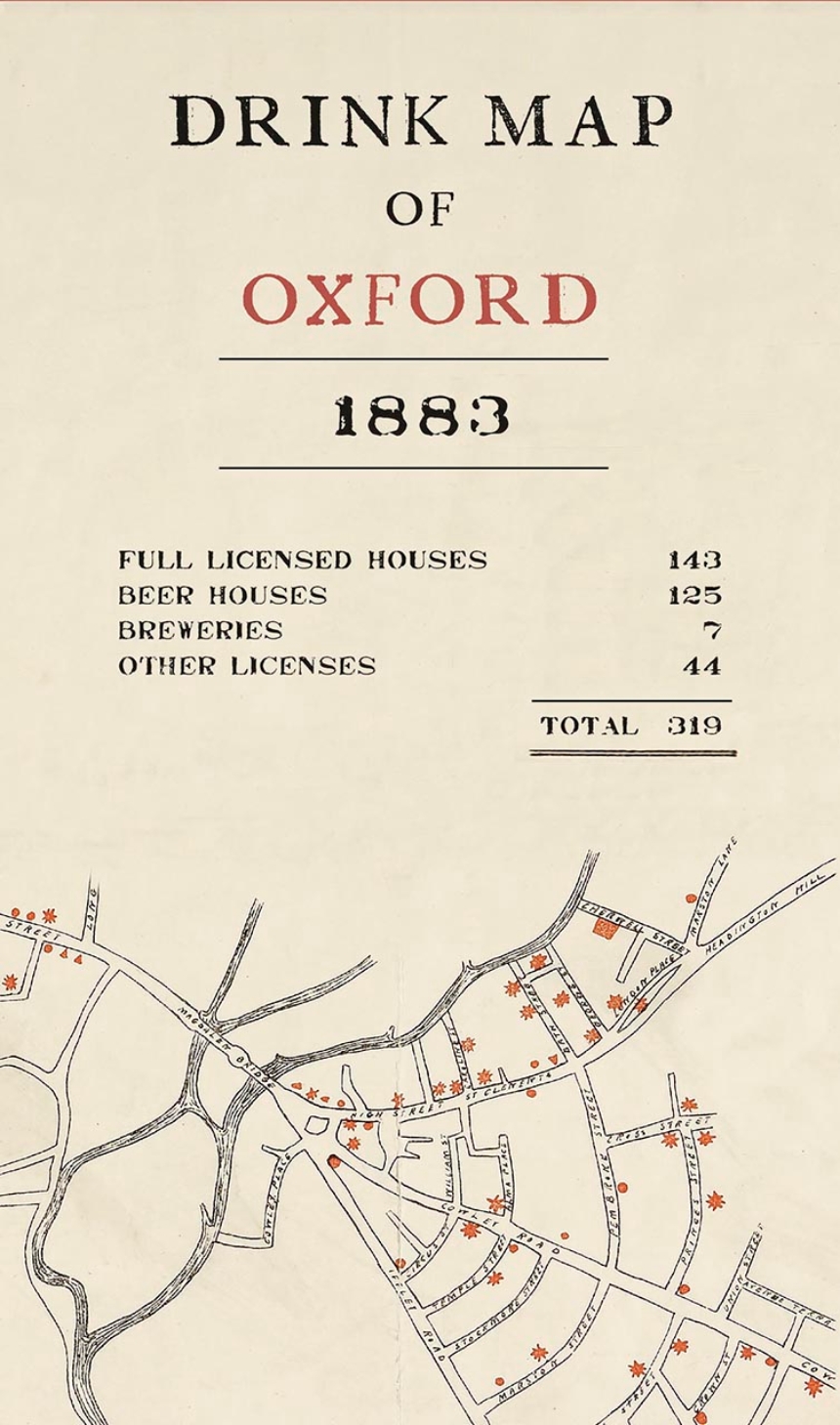 Introduction by Stuart Ackland
At first sight, this intriguing map appears to offer a guide to the pubs of Victorian Oxford, designed in a similar way to tourist maps today. Beerhouses, breweries and other licensed premises are all shown, clustered around a specific part of the city centre. But an explanation on the reverse shows this wasn’t the original intention. Published in 1883 by the Temperance Movement, the map was designed to show how the poorer areas of Oxford were heavily populated with drinking establishments and the text explains the detrimental effect of alcohol on local inhabitants: ‘the result is idleness and ill-health, and very frequently poverty and crime.’ The map also reveals how few ‘drink-shops’ (shown in red) appear in North Oxford, where the magistrates who granted the licences were most likely to live. This unique map was therefore intended to prevent alcohol consumption, while at the same time demonstrating how easy it was to find somewhere to drink. Today, it offers a fascinating insight into the drinking habits of the former citizens of this world-renowned city. ’The Drink Map’ is reproduced with the original text and a commentary on the reverse.