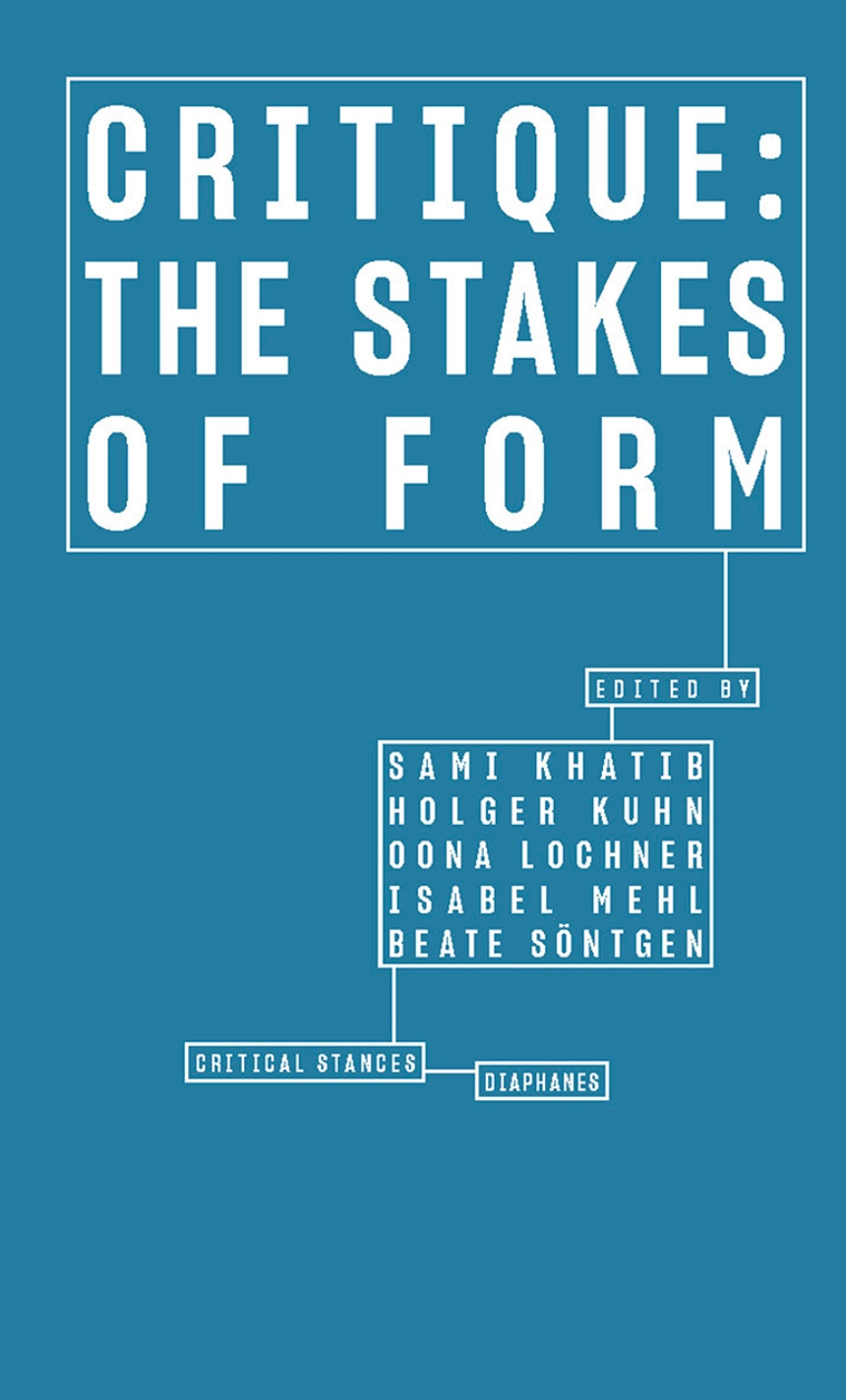 The Stakes of Form

The Stakes of Form

Critique is a form of thinking and acting. Since the end of the 18th century, there has been a dynamization and fluidization of the understanding of form, as concepts such as the break, marginalization, tearing, and opening indicate. As a philosophical problem, the question of form arises in critical theory from Marx to Adorno. Since the 1960s, literary practices have proliferated that generate critical statements less through traditional argument and more through the programmatic use of formal means. At the same time, the writing self, along with its attitudes, reflections, affects, and instruments, visibly enters the critical scene. This volume examines how the interdependence of critique, object, and form translates into critical stances, understood as learnable, reproducible gestures, which bear witness to changing conditions and media of critical practice.