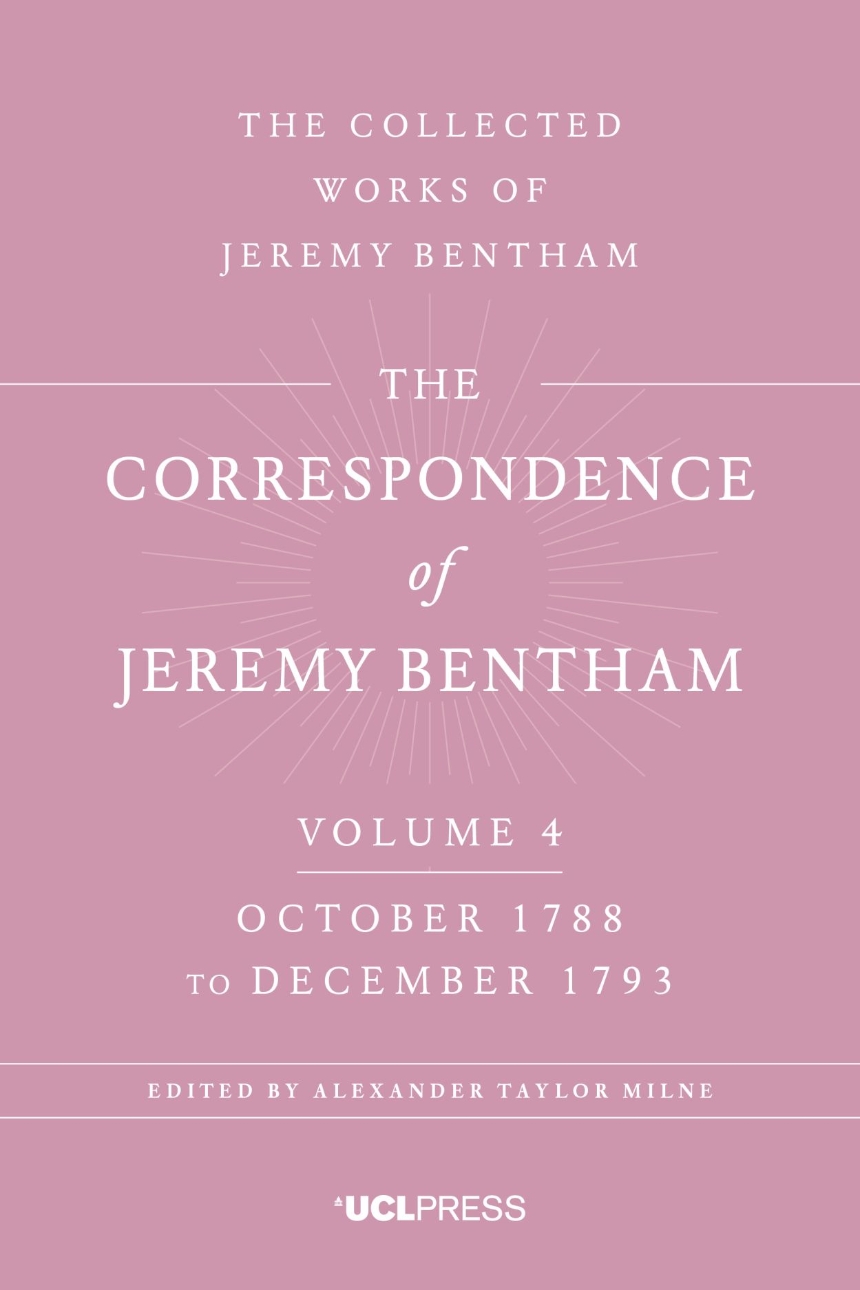 Edited by L. S. Spriggs.  Series Edited by J. H. Burns
The first five volumes of the Correspondence of Jeremy Bentham contain more than 1,300 letters written to and from Bentham over fifty years, beginning in 1752 at the age of three and ending in 1797 with correspondence concerning his attempts to set up a national plan for the provision of poor relief. The letters in Volume 1 (1752-1776) document his difficult relationship with his father—Bentham lost five infant siblings and his mother—and his increasing attachment to his surviving brother, Samuel. We also see an early glimpse of Bentham’s education, as he committed himself to philosophy and legal reform. The exchanges in Volume 2 (1777-1780) cover a major event: a trip by Samuel to Russia. This volume also reveals Bentham working intensively on the development of a code of penal law, enhancing his reputation as a legal thinker. Volume 3 (1781-1788) shows that despite developing a host of original ideas, Bentham actually published little during this time. Nevertheless, this volume also reveals how the foundations were being laid for the rise of Benthamite utilitarianism. The letters in Volume 4 (1788-1793) coincide with the publication of An Introduction to the Principles of Morals and Legislation, which had little impact at the time. In 1791 he published The Panopticon: or, The Inspection-House, in which he proposed the building of a circular penitentiary house. Bentham’s letters unfold against the backdrop of the French Revolution and show that his initial sympathy for France began to turn into hostility. Bentham’s life during the years in Volume 5 (1794-1797) was dominated by the panopticon, both as a prison and as an indigent workhouse. The letters in this volume document in great detail Bentham’s attempt to build a panopticon prison in London, and the opposition he faced from local aristocratic landowners.