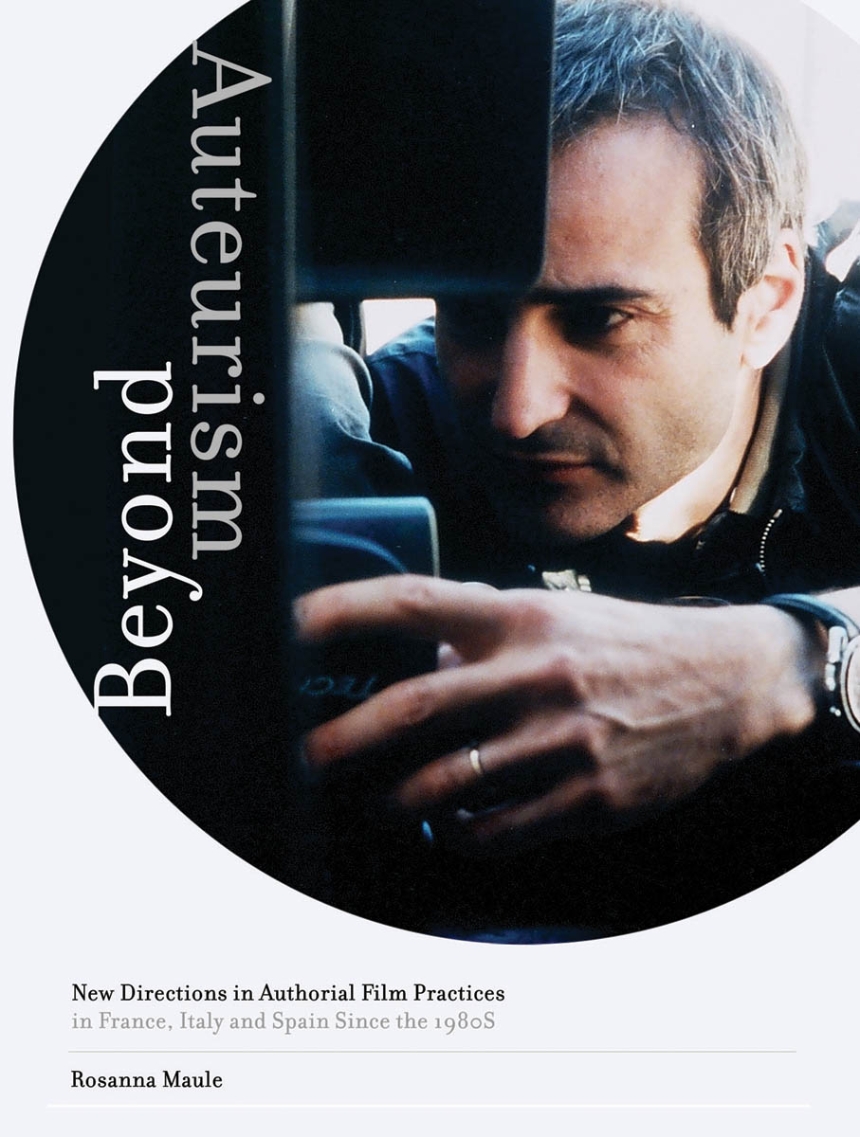 New Directions in Authorial Film Practices in France, Italy and Spain since the 1980s

New Directions in Authorial Film Practices in France, Italy and Spain since the 1980s

Beyond Auteurism is a comprehensive study of nine directors who have blurred the boundaries between art house and mainstream, national and transnational, film production. Rosanna Maule argues that the film auteur is not only the most important symbol of European cinema’s cultural tradition, but a crucial part of Europe’s efforts to develop its cinema within domestic and international film industries. Through the examples of Luc Besson, Claire Denis, Gabriele Salvatores, and others, this volume offers an important contribution to a historical understanding of filmmaking that rejects America-centric practices.

List of Illustrations
List of Tables
Acknowledgments
Introduction
Part One:  The ’Death of Cinema’ and the Institutionalization of the Author
Chapter 1:
The Film Author and the Survival of European Cinema
Chapter 2:
The Middle Generation: Maurice Pialat, Gianni Amelio, and Victor Erice
Chapter 3:
The Difficult Legacy of the Nouvelle Vague: Olivier Assayas and French Film Authors at the End of Auteurism
Part Two:  The Film Author in the New Audio-visual System
Chapter 4:
For an Impure Cinema: Gabriele Salvatores and the Hybrid Nature of Film Authorship in Contemporary Italian Cinema
Chapter 5:
A Different Type of Cinephilia: Alejandro Amenábar and the New Generation of Spanish Film Authors
Chapter 6:
Made in Europa: Luc Besson and the Question of Cultural Exception in Post-auteur France
Part Three: The Female Author in the Era of Post-feminism
Chapter 7:
Auteurism and Women’s Cinema in France, Italy and Spain
Chapter 8:
Female Authors and Gendered Identity in Film: Claire Denis’s Post-subjective Representation
Chapter 9:
Feminine Matters: Francesca Archibugi and the Reconfiguration of Women in the Private Sphere
Conclusion
Bibliography
Index