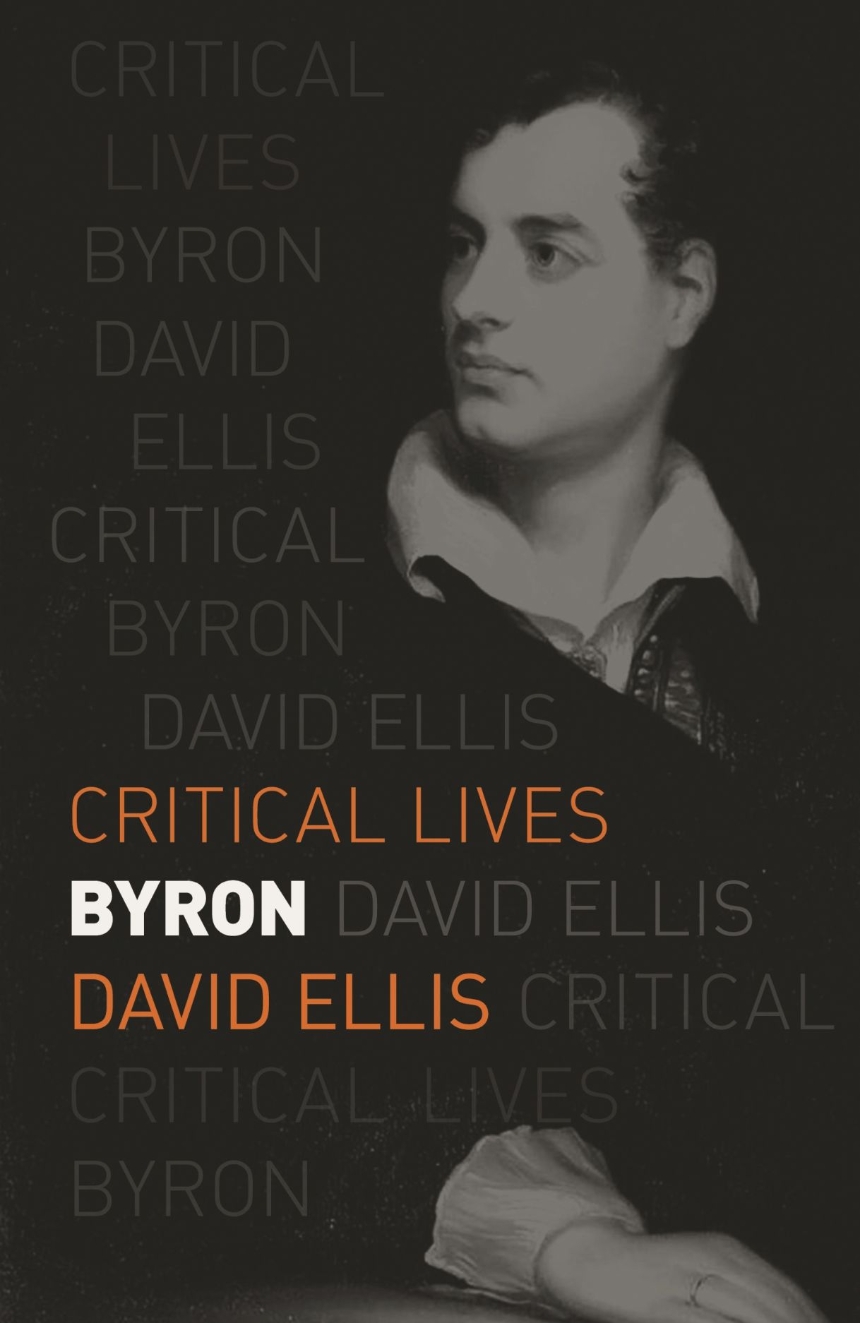 In this book, David Ellis traces Lord Byron’s life from rented lodgings in Aberdeen and the crumbling splendors of Newstead Abbey to his final grand tour of Asia. Describing his exile from England as well as his subsequent travels in Italy and Greece, Ellis shows just how completely Byron’s experiences colored both his serious and comic writings, such as Childe Harold’s Pilgrimage and The Corsair. This is a fresh, concise, and clear-eyed account of the flamboyant poet’s life and work.

The events of Byron’s life were so out of the ordinary, and so intimately associated with what he wrote, that it would be cheating a reader not to give some account of them. They were no doubt one of the reasons why for a long period he was regarded as a great Romantic, one of those poets who, along with Keats and Shelley, pushed through the breach in the wall of eighteenth-century literary convention first made by Wordsworth and Coleridge. Byron himself would have challenged this characterization, and, more recently, a consensus has begun to form around the idea of him as not only one of Britain’s best comic writers, but the author, as Germaine Greer once put it, of ‘the greatest comic poem in English’.1 Supporting the first part of this claim are his letters, which are also a major source of information for his life. In the 1970s and ’80s, these were excellently edited in eleven volumes by L. A. Marchand, under the title Byron’s Letters and Journals. In order to keep my endnotes to a minimum, quotations from the letters in what follows are accompanied by an appropriate reference to Marchand’s edition, prefaced by blj. For the same reason, all quotations from Byron’s poems are followed in my text by references to either the seven volumes of Byron’s Complete Poetical Works (cpw), compiled and edited by Jerome J. McGann, or, where it is possible to cite an alternative – given the cost of those volumes – to McGann’s Lord Byron: The Major Works (lb), in the Oxford World’s Classics series (2008), where the same texts are used.