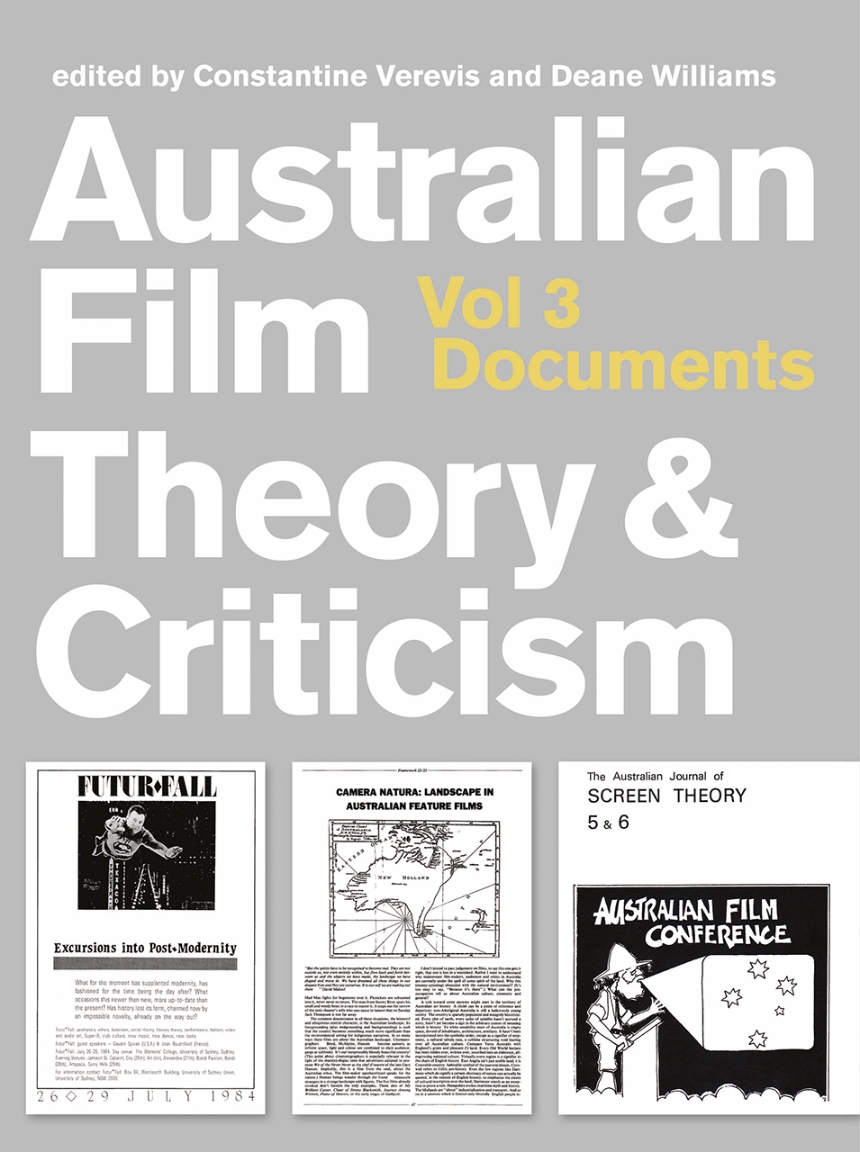 The third part of a three-volume work devoted to mapping the transnational history of Australian film studies, Volume 3: Documents concludes the project by gathering together the documents that were produced during the rise of film studies in Australian academia from 1975–85. Through these sources we see the development of the particularities of Australian film theory and criticism, its relationship to its international counterparts, and the establishment of key positions and the directions in which they develop. Editors Deane Williams and Constantine Verevis here collect key articles, including the works of Paul Willemen, Sam Rohdie, Ross Gibson, and Meaghan Morris, among many others, in order to conclude this pioneering historiographic account of Australian film studies.