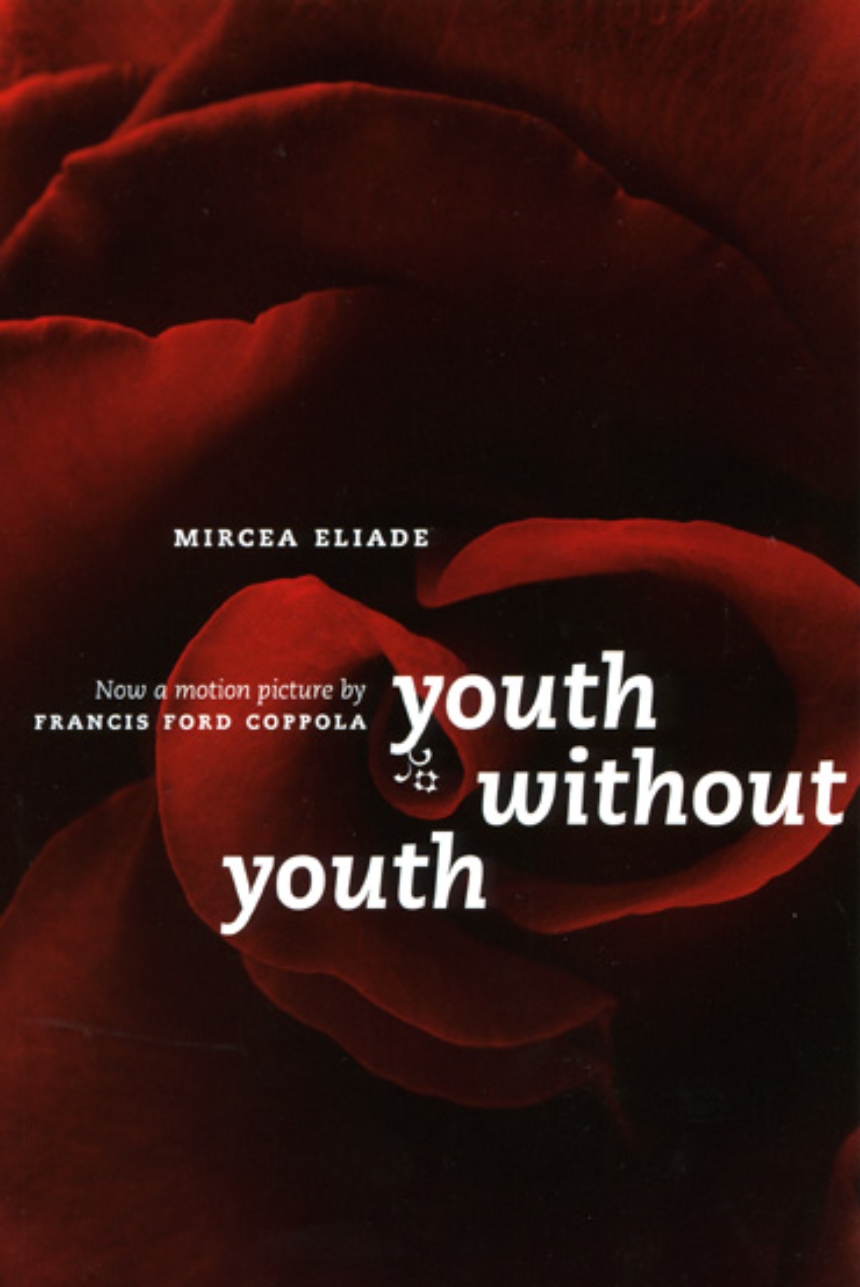 Translated by Mac Linscott Ricketts
With a new Foreword by Francis Ford Coppola
Bucharest, 1938: while Hitler gains power in Germany, the Romanian police start arresting students they suspect of belonging to the Iron Guard.  Meanwhile, a man who has spent his life studying languages, poetry, and history—a man who thought his life was over—lies in a hospital bed, inexplicably alive and miraculously healthy, trying to figure out how to conceal his identity.

At the intersection of the natural and supernatural, myth and history, dream and science, lies Mircea Eliade’s novella.  Now in its first paperback edition, the psychological thriller features Dominic Matei, an elderly academic who experiences a cataclysmic event that allows him to live a new life with startling intellectual capacity. Sought by the Nazis for their medical experiments on the potentially life-prolonging power of electric shocks, Matei is helped to flee through Romania, Switzerland, Malta and India.  Newly endowed with prodigious powers of memory and comprehension, he finds himself face to face with the glory and terror of the supernatural.  In this surreal, philosophy-driven fantasy, Eliade tests the boundaries of literary genre as well as the reader’s imagination.

“A wonderful blend of realism, surrealism, and fantasy, [Eliade’s novellas] suggest the importance of the mythic and the supernatural to finding meaning in the everyday. Highly recommended.” —Library Journal

“Youth Without Youth reads like a surreal collaboration by Jorge Luis Borges, Kurt Vonnegut, Jr., and Carl Jung. Mircea Eliade left me with the rare sense that I had been entertained by a genius.”—William Allen, author of Starkweather and The Fire in the Birdbath and Other Disturbances

“Comparisons with Borges, Cortazar, Calvino, and others made on the dust jacket are beside the point. Eliade was always out on a limb of his own.”

"Eliade is as great a spinner of tales as Borges, with roots that go deep to Hoffmann and the German romantics. He would have been recognized as the great fiction writer he is if he hadn’t been such a great historian of religions. The book bespeaks good news."