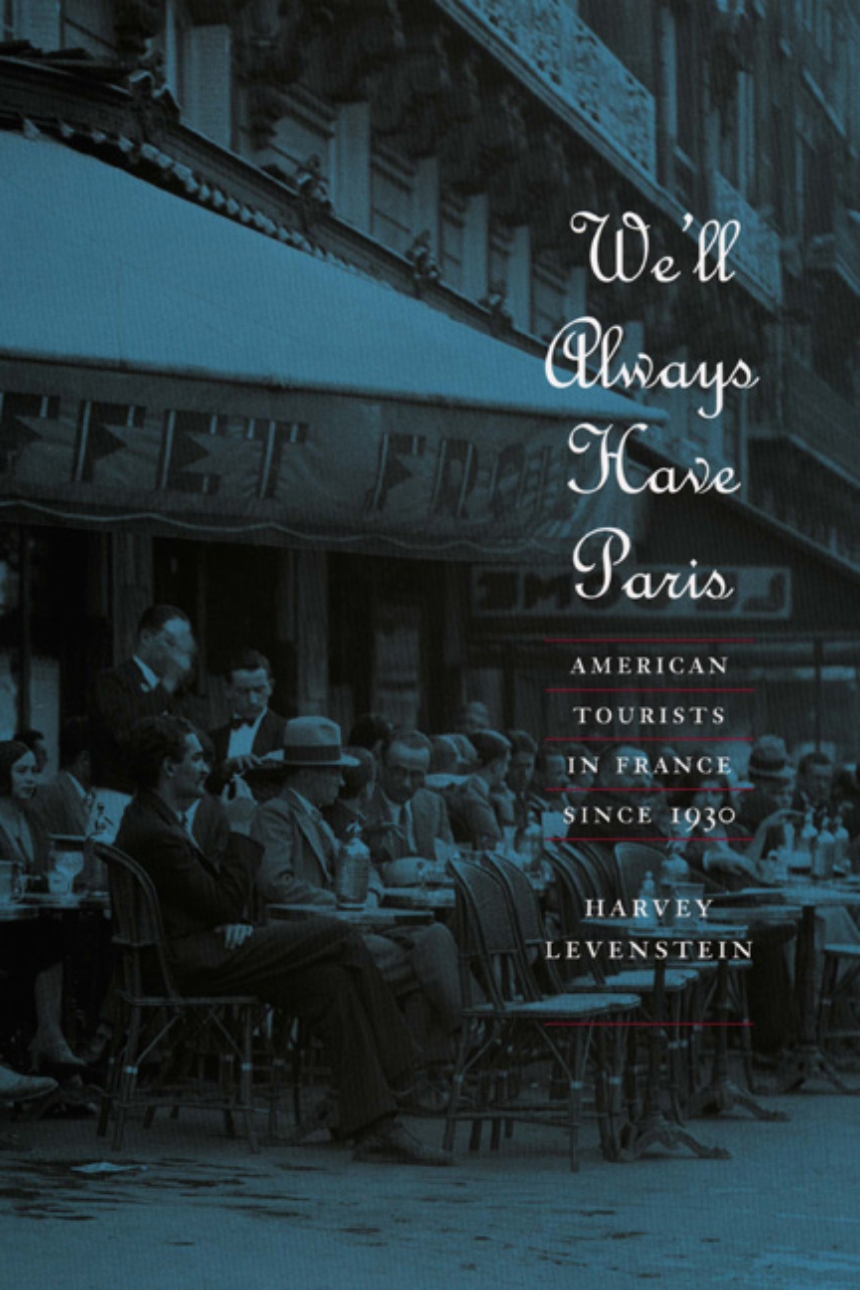 American Tourists in France since 1930

American Tourists in France since 1930

For much of the twentieth century, Americans had a love/hate relationship with France. While many admired its beauty, culture, refinement, and famed joie de vivre, others thought of it as a dilapidated country populated by foul-smelling, mean-spirited anti-Americans driven by a keen desire to part tourists from their money. We’ll Always Have Paris explores how both images came to flourish in the United States, often in the minds of the same people.

Harvey Levenstein takes us back to the 1930s, when, despite the Great Depression, France continued to be the stomping ground of the social elite of the eastern seaboard. After World War II, wealthy and famous Americans returned to the country in droves, helping to revive its old image as a wellspring of sophisticated and sybaritic pleasures. At the same time, though, thanks in large part to Communist and Gaullist campaigns against U.S. power, a growing sensitivity to French anti-Americanism began to color tourists’ experiences there, strengthening the negative images of the French that were already embedded in American culture. But as the century drew on, the traditional positive images were revived, as many Americans again developed an appreciation for France’s cuisine, art, and urban and rustic charms.

Levenstein, in his colorful, anecdotal style, digs into personal correspondence, journalism, and popular culture to shape a story of one nation’s relationship to another, giving vivid play to Americans’ changing response to such things as France’s reputation for sexual freedom, haute cuisine, high fashion, and racial tolerance. He puts this tumultuous coupling of France and the United States in historical perspective, arguing that while some in Congress say we may no longer have french fries, others, like Humphrey Bogart in Casablanca, know they will always have Paris, and France, to enjoy and remember.

"As Levenstein is at pains to demonstrate, our love affair with Paris specifically and France generally has had its sour moments and even its periods of separation, but the pull Paris exercises on Americans goes back to Lafayette and is felt even by those who’ve never been there, thanks to movies and popular songs and the vast mythological edifice that has been constructed around the world’s most beautiful, elegant and alluring city. . . . Levenstein’s survey of all this is informative and readable; there’s scarcely a hint of academic jargon in his prose, and he covers just about all the bases."

"An excellent example of the social historian’s art."

"Bogie’s cri de coeur from Casablance, the title of this enjoyable study, was echoed by generations of Americans who discovered a richer, if occasionally indigestible, culture during a French vacation. France remained the top US foreign destination until the late 20th century, when Britain edged into the lead. Levenstein tells the story of Americans in Paris with humor and an unerring eye for a good quote."

"Embedded in this book are several themes that no student of modern France and the United States should miss. The best sections are those in which Levenstein hints at the changing definition of culture itself in American assumptions about France. . . . A well-researched, very interesting, and quite entertaining book. It would be good vacation reading for Americans . . . and of course for those traveling in France."

"A moveable feast, from which we can sample at our leisure both the meats and the confection."

"The generosity of Levenstein’s book goes beyond the abundance of its data. Its diverse archival sleuthing should fascinate lay readers interested in the United States and France, and stimulate and assist historians and critics to pursue further the complex questions raised by its intriguing glimpses of six decades of cross-cultural encounter and ongoing misapprehension."