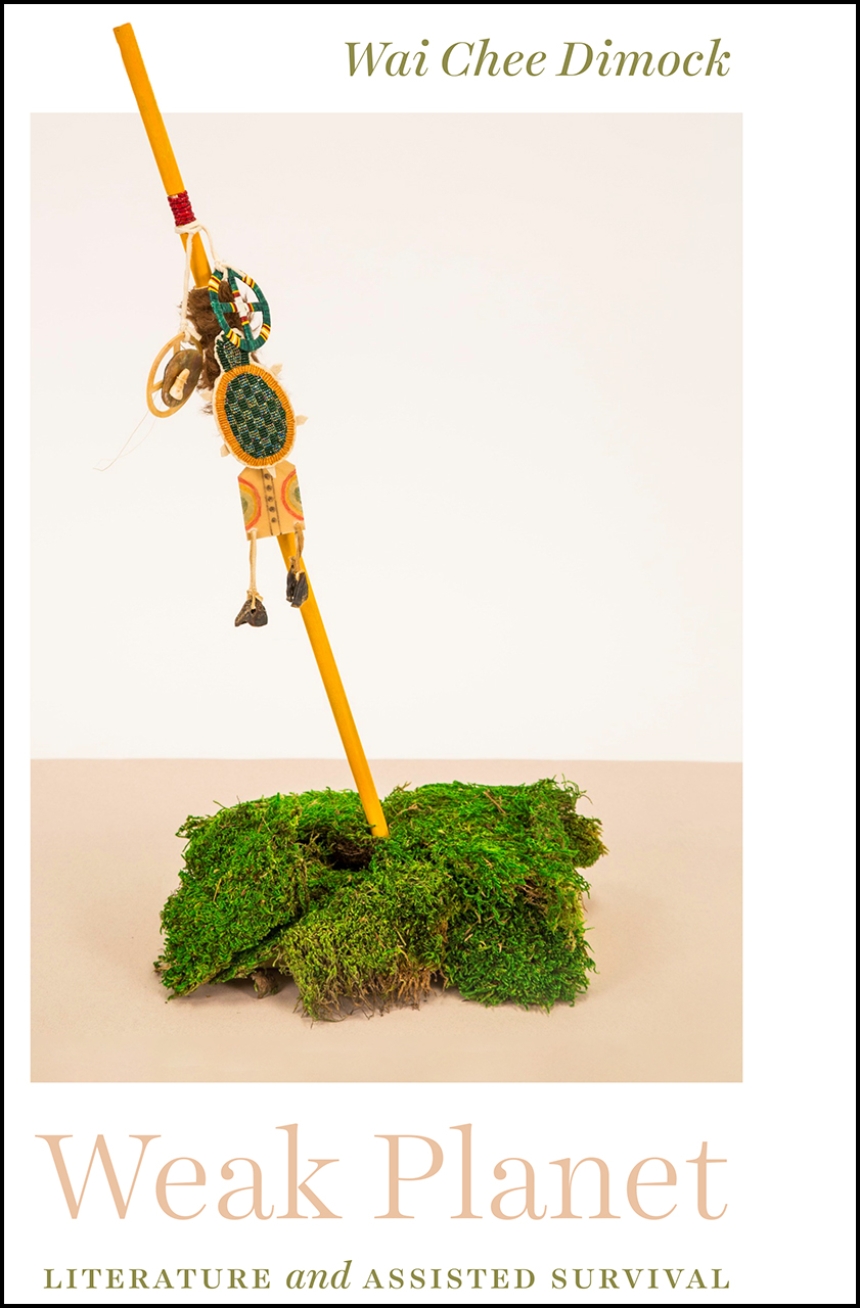 Vulnerability. We see it everywhere. In once permanent institutions. In runaway pandemics. In democracy itself. And most frighteningly, in ecosystems with no sustainable future. Against these large-scale hazards of climate change, what can literature teach us? This is the question Wai Chee Dimock asks in Weak Planet, proposing a way forward, inspired by works that survive through kinship with strangers and with the nonhuman world.

Drawing on Native American studies, disability studies, and environmental humanities, Dimock shows how hope can be found not in heroic statements but in incremental and unspectacular teamwork. Reversing the usual focus on hegemonic institutions, she highlights instead incomplete gestures given an afterlife with the help of others.  She looks at Louise Erdrich’s and Sherman Alexie’s user-amended captivity narratives; nontragic sequels to Moby-Dick by C. L. R. James, Frank Stella, and Amitav Ghosh; induced forms of Irishness in Henry James, Colm Tóibín, W. B. Yeats, and Gish Jen; and the experimentations afforded by a blurry Islam in works by Henri Matisse, James Joyce, Ezra Pound, and Langston Hughes.  Celebrating literature’s durability as an assisted outcome, Weak Planet gives us new ways to think about our collective future.

“Although Weak Planet proceeds from the standpoint that ‘susceptibility to harm’ is a ‘baseline condition,’ it is ultimately a hopeful book, demonstrating that each of these texts offers a ‘green print’ for ‘preserving what remains,’ reinvigorating the pastoral as a mode to move beyond elegy to propose a way forward, keeping extinction a live prospect and a deferred end, always before us but not so close as to silence the future.”

"A scholar who maneuvers across the fields of science, technology, sexuality, medicine, and literature, [Dimock] dazes as well as dazzles us with leapfrogging arguments about our collective future."

“‘Weak theory’ is an influential and relatively new kind of thought; it values tentative and inconclusive explanations. Dimock’s brilliant and deeply learned book uses the weak-theory approach in a bifurcated manner, developing approaches that on the one hand explore the ecological crisis and on the other show literary bridges between humans and between humans and the natural world. Her task is to bring two approaches together: modest climate change hope and modest hope in daily living. . . . Dimock's book is an unusual and valuable defense of the humanities.”

“Weak Planet displays Dimock’s erudition and ambition, as well as her subtlety and insight. Exploring weakness and vulnerability from the origins of American literature to the present, she provocatively argues for ‘collateral resilience.’ A method of hope and survival, collateral resilience may be exactly what we need now.”

"Two classes of people have emerged in the present moment: those who have been thinking and planning for pandemic, and those who have not. Dimock clearly belongs to the former. Weak Planet invites us to reflect on the deep interconnections between two threatened extinctions: that of the humanities and that of a host of animal species (not least our own). The book is nothing short of a radical reorientation of literary history, away from the historicist stress on past damage and toward the forms of resilience and durability that will be required of the field in the future."

“Weak Planet is a powerful, hugely insightful book that engages with a range of disciplines across the humanities and social sciences and is especially relevant in the era of COVID-19. Dimock astutely analyzes an admirable diversity of narratives that speak to arcs of vulnerability and provide guidance on finding the strength, or at least the resilience, to stay in the fray against all odds. Weak Planet speaks about collateral resilience, the other side of the spectrum from collateral damage. This book is essential reading at a time when we collectively are being forced more than ever before to reshape priorities and societies.”

"Weak Planet expands on Dimock's previous work on 'weak theory' by offering an inspiring and subtle  reading of a variety of literature, historical and contemporary, drawn from across the world. All in search of a spirit of resilience and non-despair in the face of our planetary vulnerability. A mesmerizing and virtuoso performance that speaks to our times."


2
Almost Extinct
Elegy, Pastoral, and Sounds in and out of Thoreau