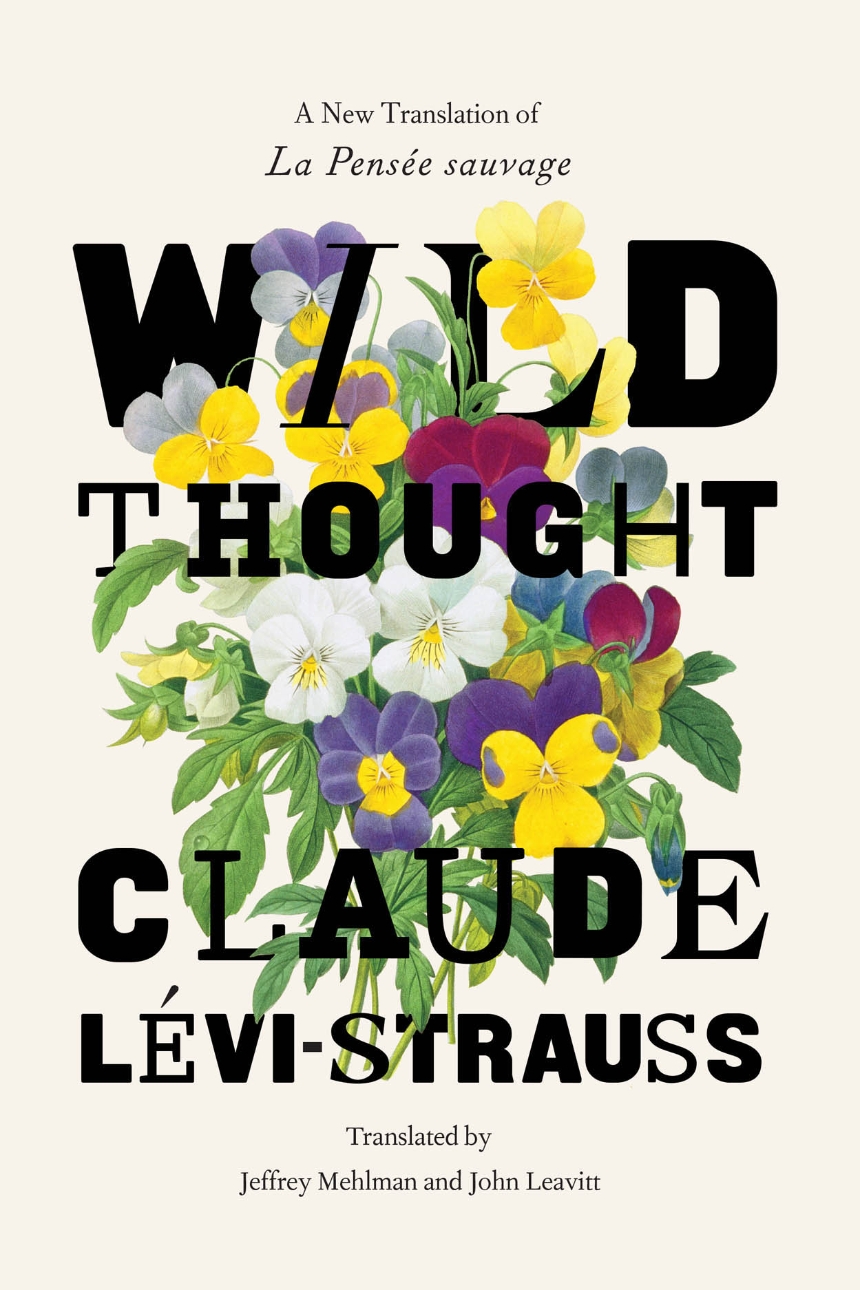 Translated by Jeffrey Mehlman and John Leavitt
As the most influential anthropologist of his generation, Claude Lévi-Strauss left a profound mark on the development of twentieth-century thought. Through a mixture of insights gleaned from linguistics, sociology, and ethnology, Lévi-Strauss elaborated his theory of structural unity in culture and became the preeminent representative of structural anthropology. La Pensée sauvage, first published in French in 1962, was his crowning achievement. Ranging over philosophies, historical periods, and human societies, it challenged the prevailing assumption of the superiority of modern Western culture and sought to explain the unity of human intellection.

Controversially titled The Savage Mind when it was first published in English in 1966, the original translation nevertheless sparked a fascination with Lévi-Strauss’s work among Anglophone readers. Wild Thought rekindles that spark with a fresh and accessible new translation. Including critical annotations for the contemporary reader, it restores the accuracy and integrity of the book that changed the course of intellectual life in the twentieth century, making it an indispensable addition to any philosophical or anthropological library.

“The arrival of Mehlman and Leavitt’s new translation is, then, an event. Finally, there is a fresh, agile English rendering of one of the 20th century’s greatest, strangest and most challenging works.”

"An accessible new translation of the modern classic by the predominant theorist of structural anthropology, this tome displaced Western culture’s sense of its own superiority and showed the structural unity of human intellect."

"The new title points to what the book subverts, namely the assumption that societies described as ‘primitive’ are intellectually undeveloped. Lévi-Srauss shows, on the contrary, an equality in their compulsion to observe and record distinctions and patterns."

“This new translation of Lévi-Strauss’s masterpiece is a revelation. To read Wild Thought is to marvel in the curiosity not only of its illustrious author but also of the countless people whose conceptual wizardry spills out onto the pages. In engaging and delightful prose, Wild Thought lets Anglophone readers at last relish the sheer joyousness and ingenuity of an unparalleled intellectual adventure.”

“At last, a definitive and extensively annotated translation of Lévi-Strauss’s prescient La Pensée sauvage. Cultivating wild forms of thought is more important today than Lévi-Strauss could ever have imagined.”

“Wild Thought marks the turning point in Lévi-Strauss's long career, opening the way for his monumental analysis of the mythology of the Americas. But above all, it is the book that put anthropology at the forefront of the human sciences, by methodically dissolving the evolutionist and colonialist presuppositions of the whole metaphysical machinery of Reason, History, and Progress. This much-needed new English translation will reintroduce Lévi-Strauss's essential work for the next generation of scholars and expert anthropologists alike.”

“Wild Thought is a fantastic rendering—a timely translation for anthropology’s most timeless mind.”

1    The Science of the Concrete

2    The Logic of Totemic Classifications

7    The Individual as Species

Appendix: On the Wild Pansy

Notes to the Translation