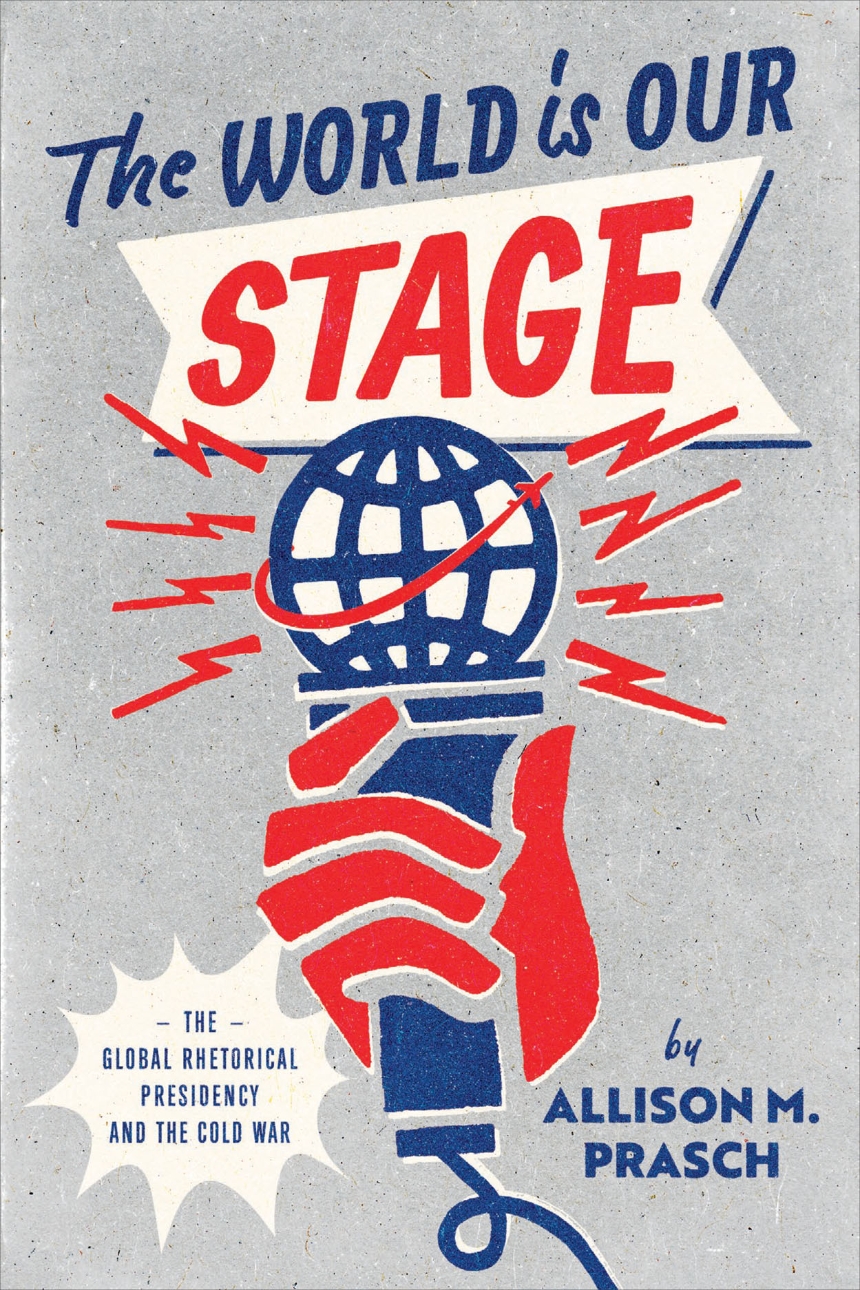 The World Is Our Stage

The Global Rhetorical Presidency and the Cold War

The World Is Our Stage

The Global Rhetorical Presidency and the Cold War

A fresh account of the US presidential rhetoric embodied in Cold War international travel.

Crowds swarm when US presidents travel abroad, though many never hear their voices. The presidential body, moving from one secured location to another, communicates as much or more to these audiences than the texts of their speeches. In The World is Our Stage, Allison M. Prasch considers how presidential appearances overseas broadcast American superiority during the Cold War. Drawing on extensive archival research, Prasch examines five foundational moments in the development of what she calls the “global rhetorical presidency:” Truman at Potsdam, Eisenhower’s “Goodwill Tours,” Kennedy in West Berlin, Nixon in the People’s Republic of China, and Reagan in Normandy. In each case, Prasch reveals how the president’s physical presence defined the boundaries of the “Free World” and elevated the United States as the central actor in Cold War geopolitics.