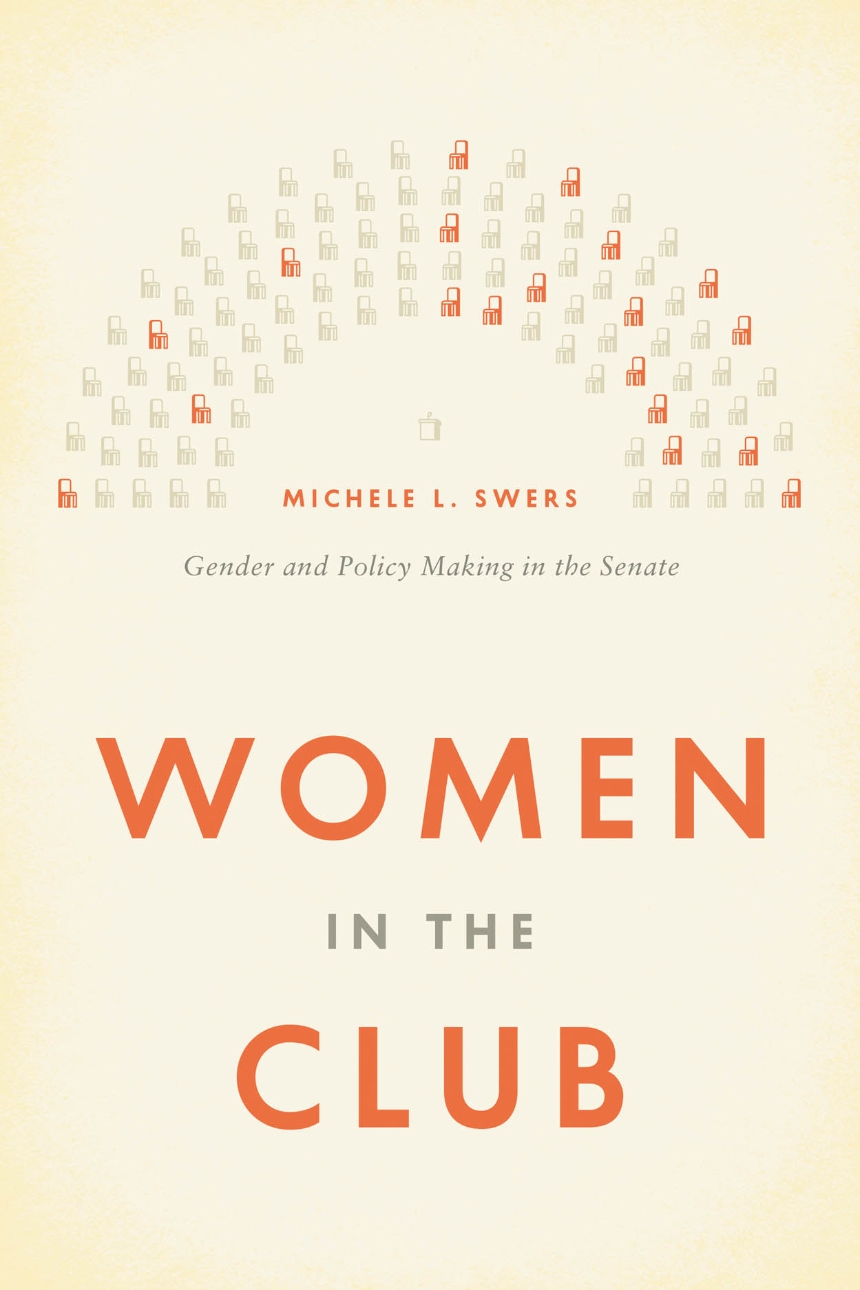 Women in the Club

Women in the Club

In the run-up to the 2012 presidential election, Democrats and Republicans were locked in a fierce battle for the female vote. Democrats charged Republicans with waging a “war on women,” while Republicans countered that Democratic policies actually undermined women’s rights. The women of the Senate wielded particular power, planning press conferences, appearing on political programs, and taking to the Senate floor over gender-related issues such as workplace equality and reproductive rights.

The first book to examine the impact of gender differences in the Senate, Women in the Club is an eye-opening exploration of how women are influencing policy and politics in this erstwhile male bastion of power. Gender, Michele L. Swers shows, is a fundamental factor for women in the Senate, interacting with both party affiliation and individual ideology to shape priorities on policy. Women, for example, are more active proponents of social welfare and women’s rights. But the effects of gender extend beyond mere policy preferences. Senators also develop their priorities with an eye to managing voter expectations about their expertise and advancing their party’s position on a given issue. The election of women in increasing numbers has also coincided with the evolution of the Senate as a highly partisan institution. The stark differences between the parties on issues pertaining to gender have meant that Democratic and Republican senators often assume very different roles as they reconcile their policy views on gender issues with the desire to act as members of partisan teams championing or defending their party’s record in an effort to reach various groups of voters.

“With Women in the Club, Michele L. Swers offers the first book-length analysis of the role of gender in the US Senate. Gender differences, she shows, are deeply and pervasively shaped by party politics, with gender affecting senators’ activism across a range of policy issues, including women’s rights, social welfare, and defense.”

“The US Senate is no longer an ‘old boys’ club,’ and Michele L. Swers marshals diverse, rich, and nuanced data and engaging analyses of interviews, floor speeches, amendments, and bill sponsorship to show how gender exerts a significant influence—especially in this increasingly partisan environment—on legislative behavior. Women in the Club is a welcome addition to the scholarship.”

"Impressive. . . . Anyone who follows the news will know that some women senators have gone on the attack on issues of particular importance to their sex. . . . Swers’s fine book helps us understand how and why the transition from silence to advocacy has taken place, as well as the constraints under which women senators still operate."

“Swers’s painstaking analysis of the influence of gender on policymaking and the informal relationships and codes governing the Senate, makes for an important and interesting book. . . . Although it confirms much of what we might have suspected vis-à-vis the competing tensions that Republican women politicians have to address, the thorough empirical analysis presented in this book allows us to more confidently think through the gendered claims frequently made by parties and politicians.”

“Swers offers the first extensive account of women in the ultimate ‘old boy club,’ the U.S. Senate. . . . Using congressional data and staff and legislator interviews, [she] demonstrates a mastery of the intricacies of Senate deliberation and illuminates a number of new avenues through which we see the influence of gender on lawmaking. . . . [A] strong and interesting book, Women in the Club is highly recommended reading for women and politics and for legislative scholars.”

“Women in the Club substantially advances our knowledge of the ways in which gender matters in the legislative process. Thanks to Swers’s expertly written and researched book, we now have evidence that, without the increasing presence of female senators, much less attention would have been given to public policy issues that especially affect women. Moreover, the gender impact on other proposed legislation would not have been part of the deliberation process in the US Senate in the absence of these female members.”

Congress and the Presidency

“Over the last twenty years, women’s membership in the Senate has increased from two to twenty percent. Swers’s research affirms that women senators will play an increasingly important role within their respective parties in voter outreach and party messaging.”