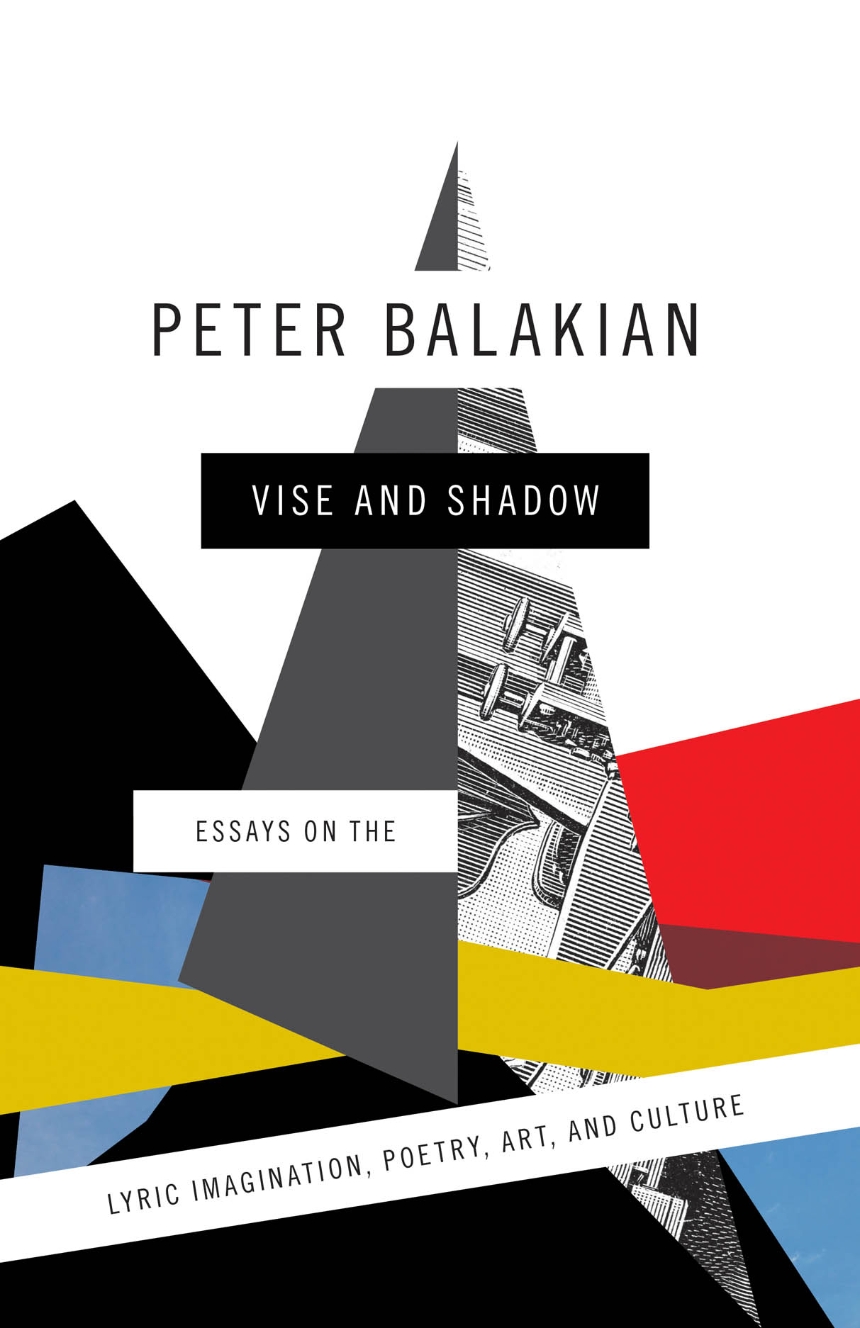 Essays on the Lyric Imagination, Poetry, Art, and Culture

Essays on the Lyric Imagination, Poetry, Art, and Culture

Peter Balakian is a renowned poet, scholar, and memoirist; but his work as an essayist often prefigures and illuminates all three. "I think of vise and shadow as two dimensions of the lyric (literary and visual) imagination," he writes in the preface to this collection, which brings together essayistic writings produced over the course of twenty-five years. Vise, "as in grabbing and holding with pressure," but also in the sense of the vise-grip of the imagination, which can yield both clarity and knowledge. Consider the vise-grip of some of the poems of our best lyric poets, how language might be put under pressure "as carbon might be put under pressure to create a diamond." And shadow, the second half of the title: both as noun, "the shaded or darker portion of the picture or view or perspective," "partial illumination and partial darkness"; and as verb, to shadow, "to trail secretly as an inseparable companion" or a "force that follows something with fidelity; to cast a dark light on something—a person, an event, an object, a form in nature."

Vise and Shadow draws into conversation such disparate figures as W. B. Yeats, Hart Crane, Joan Didion, Primo Levi, Robert Rauschenberg, Bob Dylan, Elia Kazan, and Arshile Gorky, revealing how the lyric imagination of these artists grips experience, "shadows history," and "casts its own type of illumination," creating one of the deepest kinds of human knowledge and sober truth. In these elegantly written essays, Balakian offers a fresh way to think about the power of poetry, art, and the lyrical imagination as well as history, trauma, and memory.

"Here are the burdens of literature. Here is the perpetual wandering of ideas that have found a good home. Every chapter is an awakening. Every reflection, something not heard before."

“While Balakian’s essays [Vise and Shadow] reveal the ways history and its discontents inscribe themselves in the smallest features of familiar texts, his poems [Ozone Journal] offer a mournful silence in the face of these social upheavals, and their aftermath, that is only possible within the realm of art. Readers will find both texts equally necessary and equally moving.”

“Peter Balakian is the preeminent Armenian writer in English today, whether the genre is poetry (Ziggurat, Ozone Journal), memoir (Black Dog of Fate), history (The Burning Tigris), or, as in the present case, cultural criticism. . . . [Vise and Shadow] offer[s] new insights into the relationships between trauma, memory, and aesthetic form . . . by exploring two dimensions of the lyric imagination in poetry, art, and culture.”

"Vise and Shadow stands as an important contribution to the ongoing dialog about culture, modernity, and memory."

“Few American poets of the boomer generation have explored the interstices of public and personal history as deeply and urgently as has Balakian, and his significance as a poet of social consciousness is complemented by his work in other genres.”

"Vise and Shadow belongs on a shelf alongside the literary essays of J. M. Coetzee, Adrienne Rich, and Seamus Heaney--all of whom are absorbed by the very same questions haunting and inspiring Balakian."

Askold Melnyczuk, author of The House of Widows