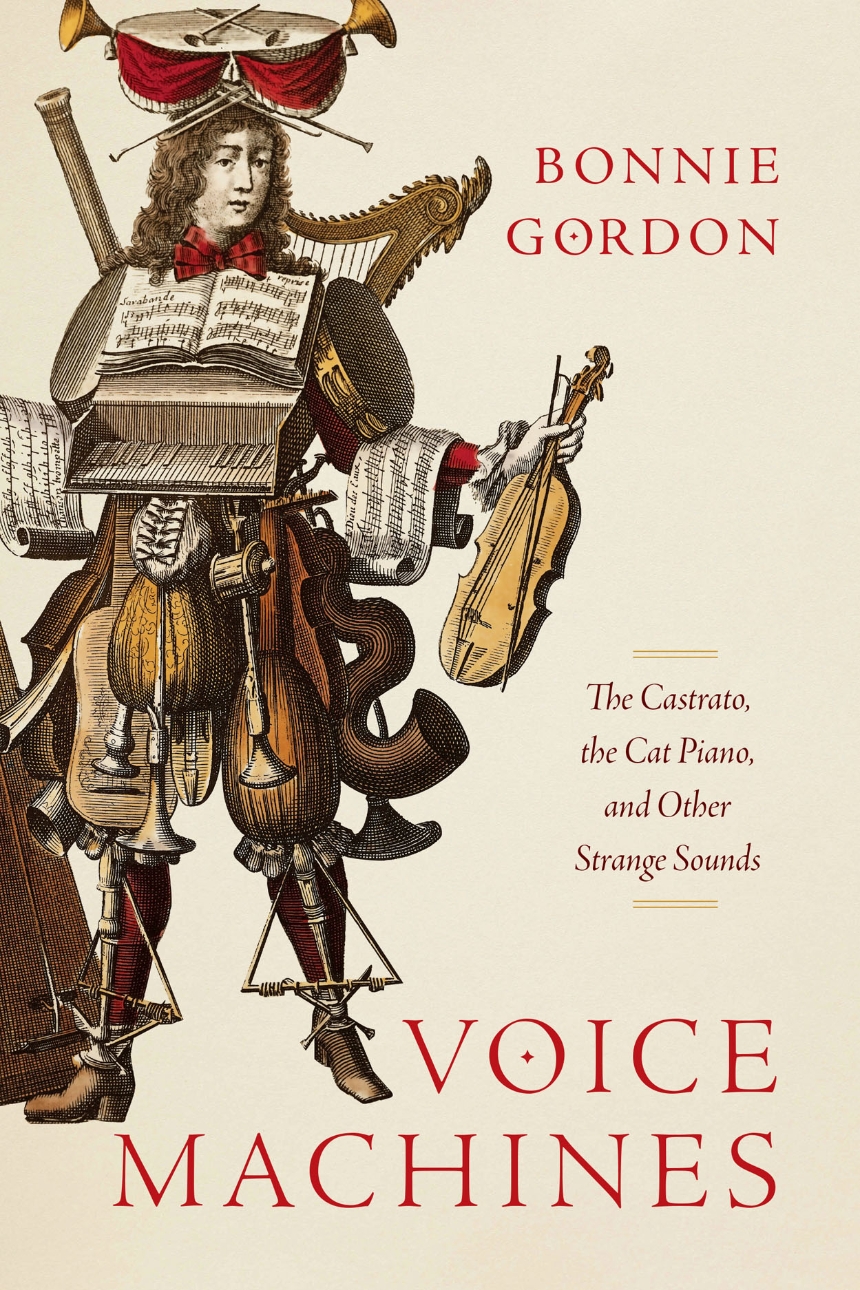 The Castrato, the Cat Piano, and Other Strange Sounds

The Castrato, the Cat Piano, and Other Strange Sounds

An exploration of the castrato as a critical provocation to explore the relationships between sound, music, voice instrument, and machine.

Italian courts and churches began employing castrato singers in the late sixteenth century. By the eighteenth century, the singers occupied a celebrity status on the operatic stage. Constructed through surgical alteration and further modified by rigorous training, castrati inhabited human bodies that had been “mechanized” to produce sounds in ways that unmechanized bodies could not. The voices of these technologically enhanced singers, with their unique timbre, range, and strength, contributed to a dramatic expansion of musical vocabulary and prompted new ways of imagining sound, the body, and personhood.

Connecting sometimes bizarre snippets of history, this multi-disciplinary book moves backward and forward in time, deliberately troubling the meaning of concepts like “technology” and “human.” Voice Machines attends to the ways that early modern encounters and inventions—including settler colonialism, emergent racialized worldviews, the printing press, gunpowder, and the telescope—participated in making castrati. In Bonnie Gordon’s revealing study, castrati serve as a critical provocation to ask questions about the voice, the limits of the body, and the stories historians tell.

Sounds like . . . Assembling the Sound World
1 Orfobot: Automated Orpheus
2 The Death of a Cicada

Feedback Loops: Entanglements of Voices and Instruments
Intermedio: The Cat Piano
3 Organoscope: Telescoping Sound
4 Organs and Organs
5 Into the Garden

Roman Reverb and Sea Changes
6 When in Rome: The Castrato as Special Effect
7 On the Cusp
8 More Than One Sex