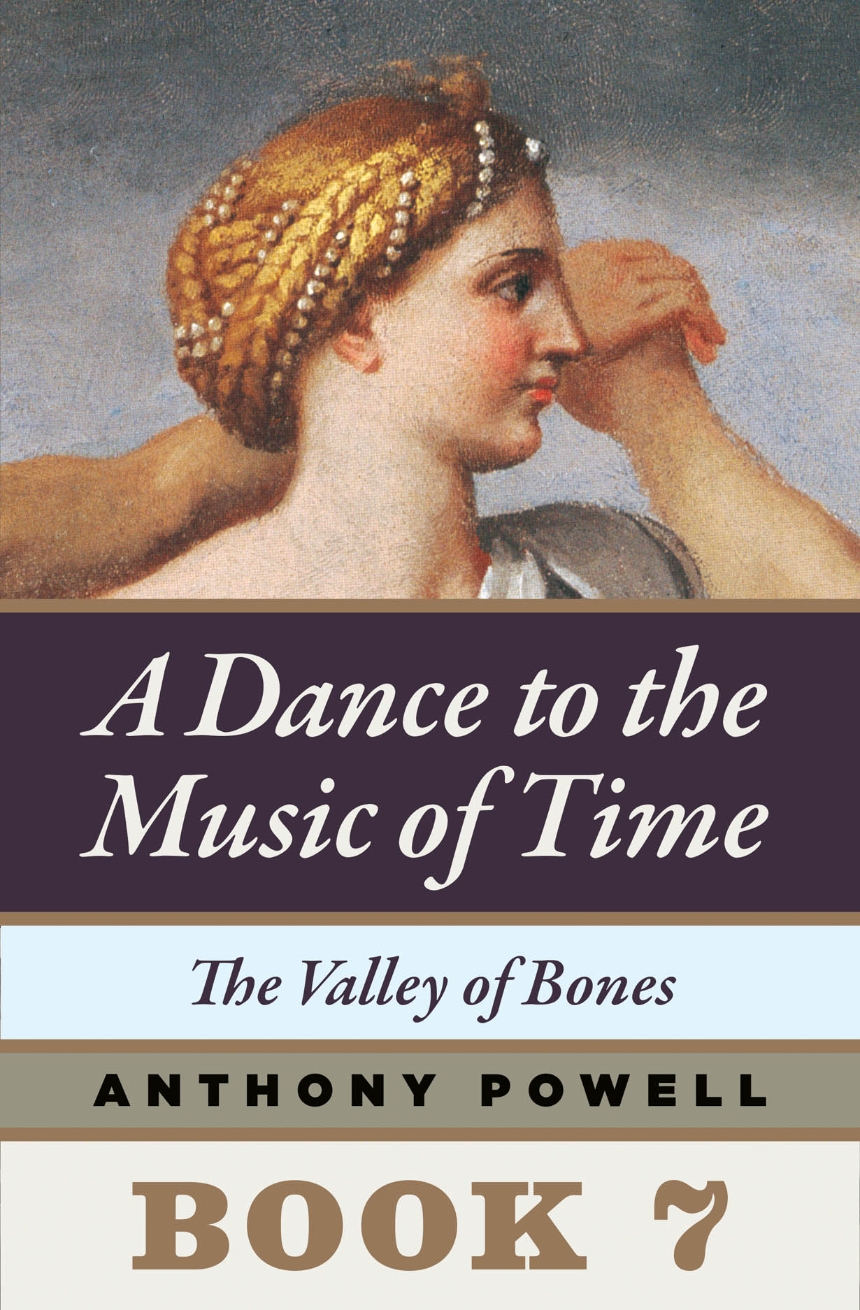 The Valley of Bones

Book 7 of A Dance to the Music of Time

The Valley of Bones

Book 7 of A Dance to the Music of Time

World War II has finally broken out, and The Valley of Bones (1964) finds Nick Jenkins learning the military arts. A stint at a training academy in Wales introduces him to the many unusual characters the army has thrown together, from the ambitious bank clerk-turned-martinet, Gwatkin, to the hopelessly slovenly yet endearing washout, Bithel. Even during wartime, however, domestic life proceeds, as a pregnant Isobel nears her term and her siblings’ romantic lives take unexpected turns—their affairs of the heart lent additional urgency by the ever-darkening shadow of war.

2. THE MOVEMENT ORDER CAME NOT MUCH more than a week afterwards...

3. THE TRAIN, LONG, GRIMY, CLOSELY PACKED, subject to many delays...

4. WHEN, DURING THOSE RARE, INTOXICATING moments of solitude...