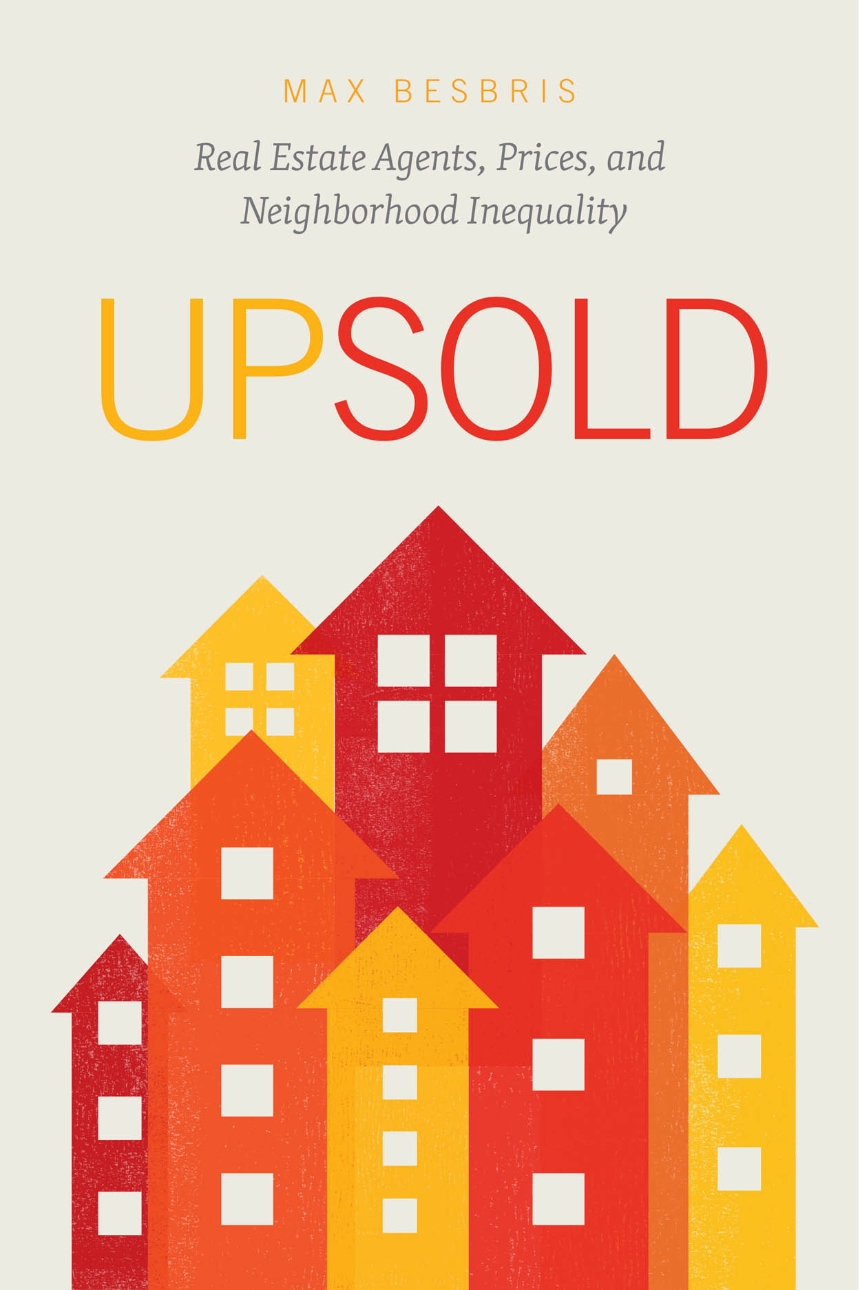 What do you want for yourself in the next five, ten years? Do your plans involve marriage, kids, a new job? These are the questions a real estate agent might ask in an attempt to unearth information they can employ to complete a sale, which as Upsold shows, often results in upselling. In this book, sociologist Max Besbris shows how agents successfully upsell, inducing buyers to spend more than their initially stated price ceilings. His research reveals how face-to-face interactions influence buyers’ ideas about which neighborhoods are desirable and which are less-worthy investments and how these preferences ultimately contribute to neighborhood inequality.
​
Stratification defines cities in the contemporary United States. In an era marked by increasing income segregation, one of the main sources of this inequality is housing prices. A crucial part of wealth inequality, housing prices are also directly linked to the uneven distribution of resources across neighborhoods and to racial and ethnic segregation. Upsold shows how the interactions between real estate agents and buyers make or break neighborhood reputations and construct neighborhoods by price.

Employing revealing ethnographic and quantitative housing data, Besbris outlines precisely how social influences come together during the sales process. In Upsold, we get a deep dive into the role that the interactions with sales agents play in buyers’ decision-making and how neighborhoods are differentiated, valorized, and deemed to be worthy of a certain price.

"Real estate agents, it turns out, do more than show off properties, interpret price points, and sing the praises of trendy design features like open-plan kitchens and soaking tubs. Their role, as sociologist Max Besbris reveals in Upsold: Real Estate Agents, Prices, and Neighborhood Inequality, is instead to work a kind of sorcery on buyers—and, by extension, on entire neighborhoods—through a complex matrix of business and interpersonal tactics. . . . Upsold is an intricate, well-researched, and well-written book that provides new insights into real estate, spatial inequalities, and the real estate profession. It is a must-read for scholars interested in markets, decision-making, and residential inequalities."

"Casting real estate agents as 'market intermediaries' who occupy similar interactional spaces as others who help to define and influence “consumer” preferences and choices (e.g., sommeliers, travel agents, career counselors), we gain a sense oft he transcontextual relevance of Besbris’ engaging work. . . . This is a volume rich in detail and marked by methodological sophistication that deserves a readership far beyond the confines of its substantive area of interest."

"Max Besbris’s excellent Upsold describes this work of real estate agents in New York City and their interactions with prospective buyers in rich and fascinating detail. Bridging the gap between network and cultural explanations of economic decision-making, he demonstrates how social interactions serve to construct buyers’ preferences. He details how real estate agents push buyers toward sales above their stated price caps—transactions in which agents have a clear vested interest. Importantly, Besbris links these interpersonal interactions and valuations to broader trends, arguing that they contribute to the production and perpetuation of segregation among neighborhoods."

"In recent years, urban sociologists have paid increasing attention to how people make decisions—about housing, schools, job finding, and more. Besbris makes a powerful contribution to this work by examining how people decide what to buy, why they often end up paying more than they expected, and how realtors play a bigger role in the process than realized. Upsold is based on a remarkable amount of data, including interviewers with buyers, realtors, and others, and quantitative analyses of the spatial patterns of realtor concentration. But perhaps its most intriguing sources of data are its direct, tag-along observations of the interaction between buyer and realtor as they make their round, an interaction where, as the author argues, the price and purchase decisions are actually produced. The book reveals the fascinating ways these costly decisions end up being not only less rational but also less individual, more emotional, and far more interpersonally determined than many have supposed. A contribution to the sociological study of economic decisions, of taste, of neighborhoods, of network brokerage, and of housing, Upsold is wonderfully wide-ranging in its implications."

"Bravo Max Besbris, for deciphering the complex and deeply emotional process of buying a home. Drawing from engrossing interviews with New York sales agents and wealthy buyers, Upsold demonstrates the crucial role of intermediaries in shaping real estate markets. How much we are willing to pay for a home, how satisfied we are with our purchase, and even where we choose to live are contingent on interactions with real estate agents. A pathbreaking contribution to relational economic sociology, the book is a must-read for anyone interested in learning how markets really work."

“In this illuminative ethnography, Besbris roots the macro-dynamics of real estate prices and neighborhood gentrification in the micro-sociological work done by agents driving up buyers’ expectations and affordability thresholds. An entertaining read, it will cause more than one homeowner to look back on their own process and the subtle interactions by which they, too, were once ‘upsold.’”

"Provides insights into how home buyers come to pay the prices they do and the role of market intermediaries in shaping taste preferences in unequal ways, focusing on how real estate agents guide buyers through the process of searching for a home."