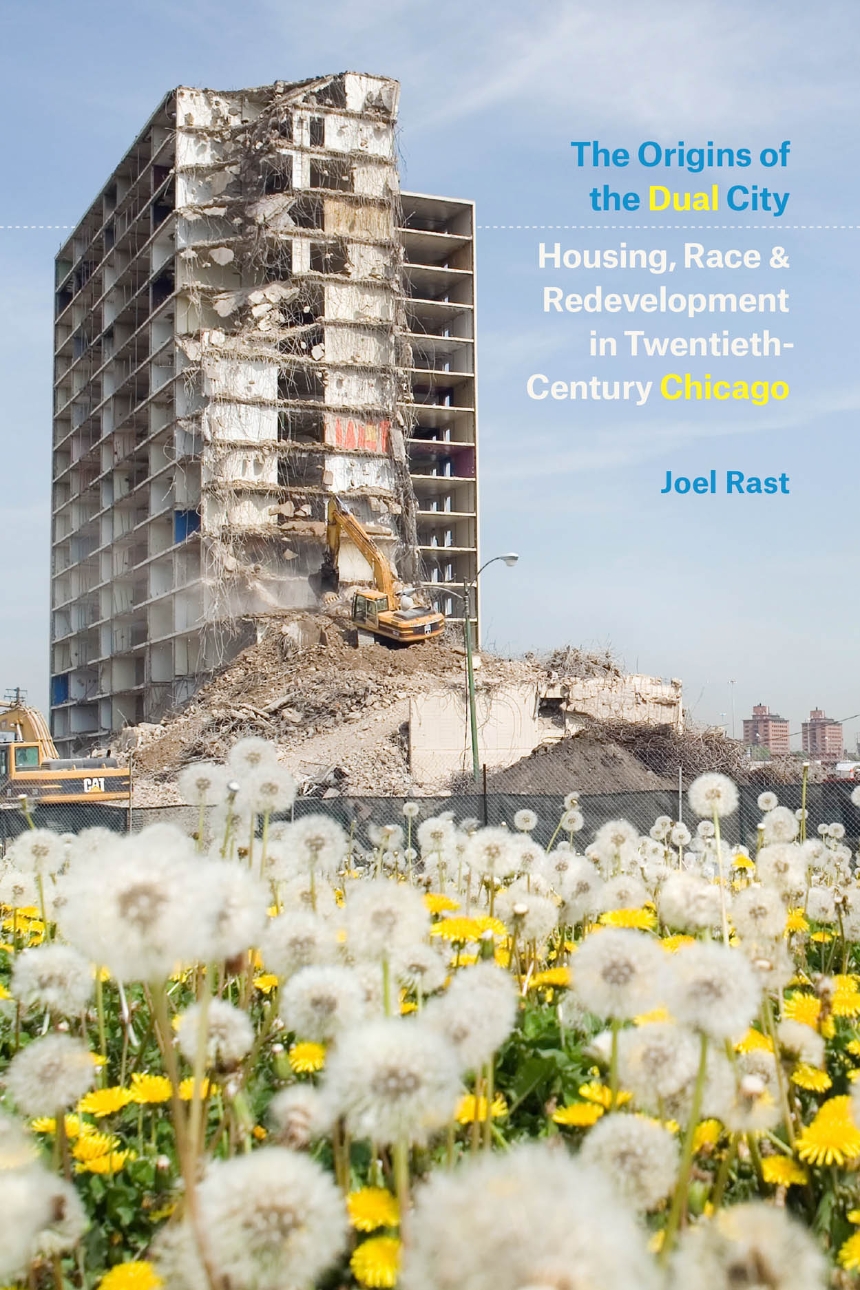 The Origins of the Dual City

The Origins of the Dual City

Chicago is celebrated for its rich diversity, but, even more than most US cities, it is also plagued by segregation and extreme inequality. More than ever, Chicago is a “dual city,” a condition taken for granted by many residents. In this book, Joel Rast reveals that today’s tacit acceptance of rising urban inequality is a marked departure from the past. For much of the twentieth century, a key goal for civic leaders was the total elimination of slums and blight. Yet over time, as anti-slum efforts faltered, leaders shifted the focus of their initiatives away from low-income areas and toward the upgrading of neighborhoods with greater economic promise. As misguided as postwar public housing and urban renewal programs were, they were born of a long-standing reformist impulse aimed at improving living conditions for people of all classes and colors across the city—something that can’t be said to be a true priority for many policymakers today. The Origins of the Dual City illuminates how we normalized and became resigned to living amid stark racial and economic divides.

“In this carefully argued and impressively researched book, Rast opens a new vista on how the recent evolution of American cities connects to fundamental perceptions of social inequality, government–private sector interaction, and urban form.”

“In The Origins of the Dual City, Rast deftly applies the insights of institutional political science to the history of urban development in midcentury Chicago. Weaving together newly unearthed archival data with theories of political change, Rast demonstrates how ideas about slums affected the policies and plans adopted before the economic restructuring of the 1970s and 1980s. He identifies paradigmatic ruptures that emerged in this critical period, changes that constructed and reinforced patterns of racial segregation and economic polarization.”

Rachel Weber, author of From Boom to Bubble: How Finance Built the New Chicago

2. Housing Reform in the Private City

3. A Formula for Urban Redevelopment

6. The Attack on the Slums

7. The New Convergence of Power

8. Learning to Live with the Slums