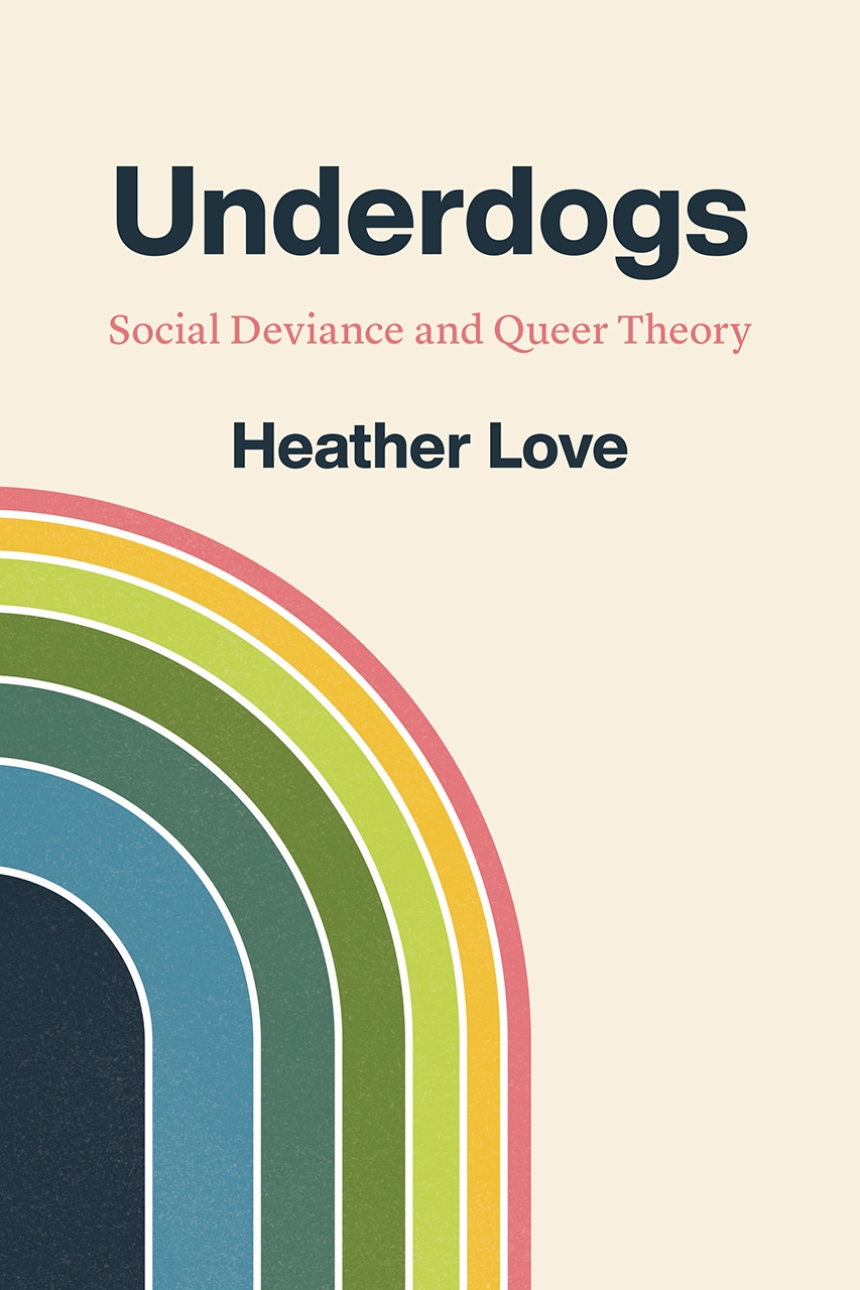 A pathbreaking genealogy of queer theory that traces its roots to an unexpected source: sociological research on marginal communities in the era before Stonewall.

The sociology of “social deviants” flourished in the United States at midcentury, studying the lives of outsiders such as homosexuals, Jews, disabled people, drug addicts, and political radicals. But in the following decades, many of these downcast figures would become the architects of new social movements, activists in revolt against institutions, the state, and social constraint. As queer theory gained prominence as a subfield of the humanities in the late 1980s, it seemed to inherit these radical, activist impulses—challenging not only gender and sexual norms, but also the nature of society itself.

With Underdogs, Heather Love shows that queer theorists inherited as much from sociologists as they did from activists. Through theoretical and archival work, Love traces the connection between midcentury studies of deviance and the antinormative, antiessentialist field of queer theory. While sociologists saw deviance as an inevitable fact of social life, queer theorists embraced it as a rallying cry. A robust interdisciplinary history of the field, Underdogs stages a reencounter with the practices and communities that underwrite radical queer thought.

“What might we learn about queer studies by exploring its intellectual debts to midcentury social scientists’ interest in underdogs, underworlds, and the dynamics of stigma? Heather Love’s provocative and defamiliarizing analysis asks us to see queer studies—its limitations and its transformational possibilities—anew. A critical intellectual history, teeming with ideas and unlikely engagements.”

“Underdogs is a well-crafted, subtle, and beautifully written foray into the worlds of mid-twentieth century social science by a humanities scholar who uncovers, in the fine details of descriptive empirical research, the largely unrecognized precursors of today’s queer studies. With keen focus, Love reveals new possibilities for scholarly, ethical, and political commitments to the defense of outcasts and outsiders. Love makes an impassioned claim that humanists and social scientists need one another—and need to set aside the tenacious methodological dogmas that keep them apart.”

“Underdogs clarifies how the social science of deviance, like the queer theory that superseded it, depended on the figure of the outsider. Love asks queer theory to take social science methodologies, especially ‘underdog methods,’ seriously. At their best, these methods promise to keep queer theory open to surprise and alert to the potentialities of everyday life.”

"Heather Love’s Underdogs: Social Deviance and Queer Theory (University of Chicago Press) is an intervention into the field of queer studies. But it is also an important work of intellectual history, tracing a surprising new genealogy that locates the origins of 1990s ‘queer theory’ not in literary studies, but in mid-20th-century empirical social research. It will appeal to readers invested in the nascent effort to historicise queer studies, but also to those interested in the history of the social sciences."

"Underdogs seeks to rethink Queer Theory's ideological contributions through an excavation of the field's unacknowledged predecessors in the postwar social sciences. . . . [Love's] lucid prose and well-grounded interpretations make Underdogs a book that should interest readers who are immersed in Queer Theory and those who are not at all."

"Underdogs presents a thorough argument for queer theorists to understand the way their problematic forebearers have left indelible marks on the field. . . . Underdogs presents a careful, close reading of deviance studies, and invites theorists and scholars to reconsider their intellectual heritage."

"This book concisely addresses the modern queer movement as Love challenges readers to critically consider that holding on to what is most valuable in queer critique may mean letting go of what is not... Highly recommended."