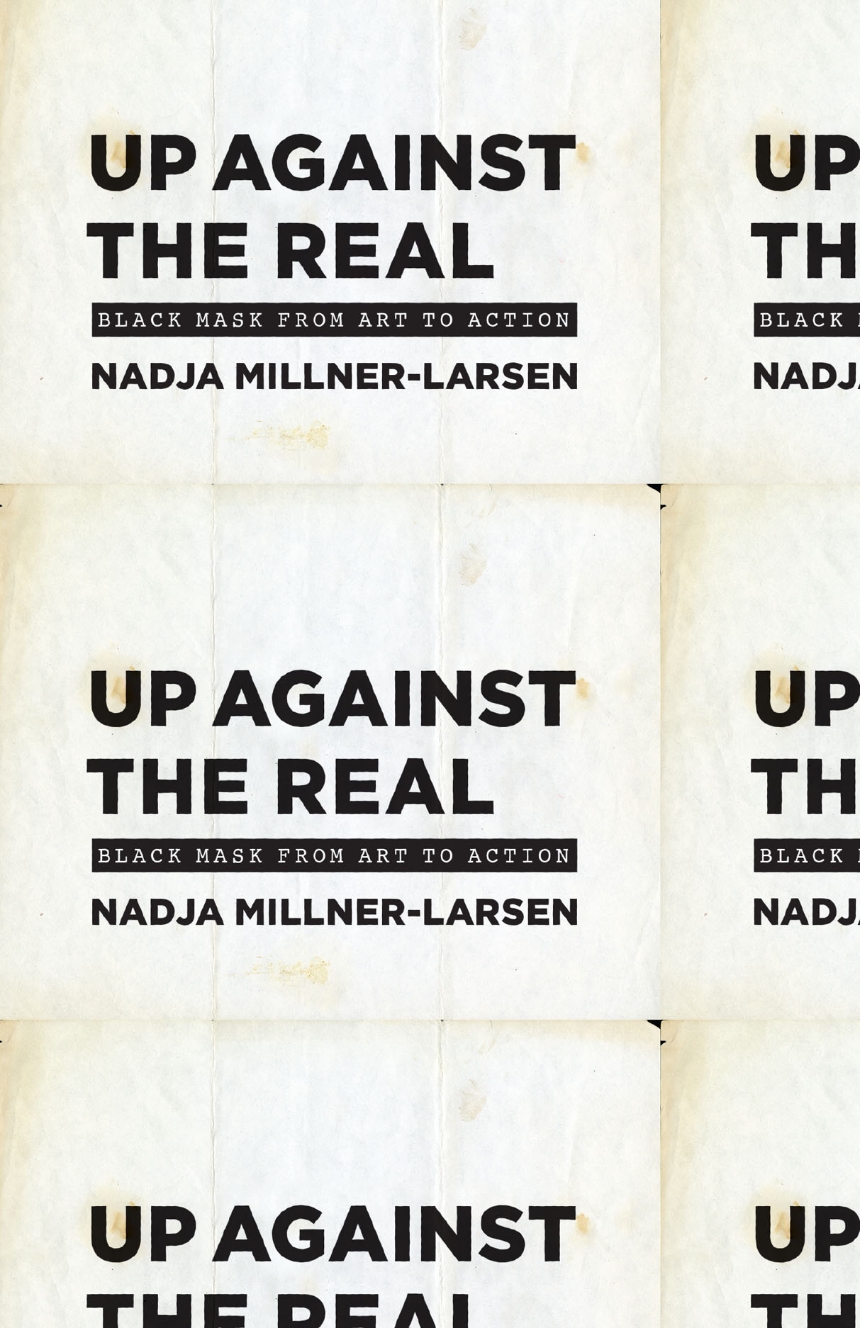 Up Against the Real

Black Mask from Art to Action

Up Against the Real

Black Mask from Art to Action

With Up Against the Real, Nadja Millner-Larsen offers the first comprehensive study of the group Black Mask and its acrimonious relationship to the New York art world of the 1960s. Cited as pioneers of now-common protest aesthetics, the group’s members employed incendiary modes of direct action against racism, colonialism, and the museum system. They shut down the Museum of Modern Art, fired blanks during a poetry reading, stormed the Pentagon in an antiwar protest, sprayed cow’s blood at the secretary of state, and dumped garbage into the fountain at Lincoln Center. Black Mask published a Dadaist broadside until 1968, when it changed its name to Up Against the Wall Motherfucker (after line in a poem by Amiri Baraka) and came to classify itself as “a street gang with analysis.” American activist Abbie Hoffman described the group as “the middle-class nightmare . . . an anti-media phenomenon simply because their name could not be printed.”

Up Against the Real examines how and why the group ultimately rejected art in favor of what its members deemed “real” political action. Exploring this notorious example of cultural activism that rose from the ruins of the avant-garde, Millner-Larsen makes a critical intervention in our understanding of political art.

“Up Against the Real is an original, highly informed, and scholarly examination of a fascinating segment of contemporary art history. Millner-Larsen treats the complex milieu of 1960s radical politics and art as a living force within culture. She weaves a brilliant and scholarly narrative that on one level treats the anarchist art collective Black Mask as an anomaly, but also serves to illuminate the cultural politics of this tumultuous era.”

Gregory Sholette, author of The Art of Activism and the Activism of Art

“In Up Against the Real, Millner-Larsen introduces us to Black Mask, a group of downtown New York anti-art saboteurs who blasted out of the world of experimental painting and cinema and onto the streets, insisting that the abstraction of late modernist art heralded a new, liberatory, antirepresentational politics. With an acute understanding of the historical and theoretical stakes at play, Millner-Larsen restores their cultural revolution to its rightful place alongside the Situationists, the Young Lords, and other exemplars of ’60s radicalism.”

Tom McDonough, author of The Beautiful Language of My Century

Introduction: The Revolution Will be Real
One Direct Painting/Direct Action
Two The Subject of Black
Three Pure Activism in Theory and Practice
Four We’re Looking for People Who Like to Draw
Five Sweet Assassins
Epilogue
Acknowledgments
Notes
Index