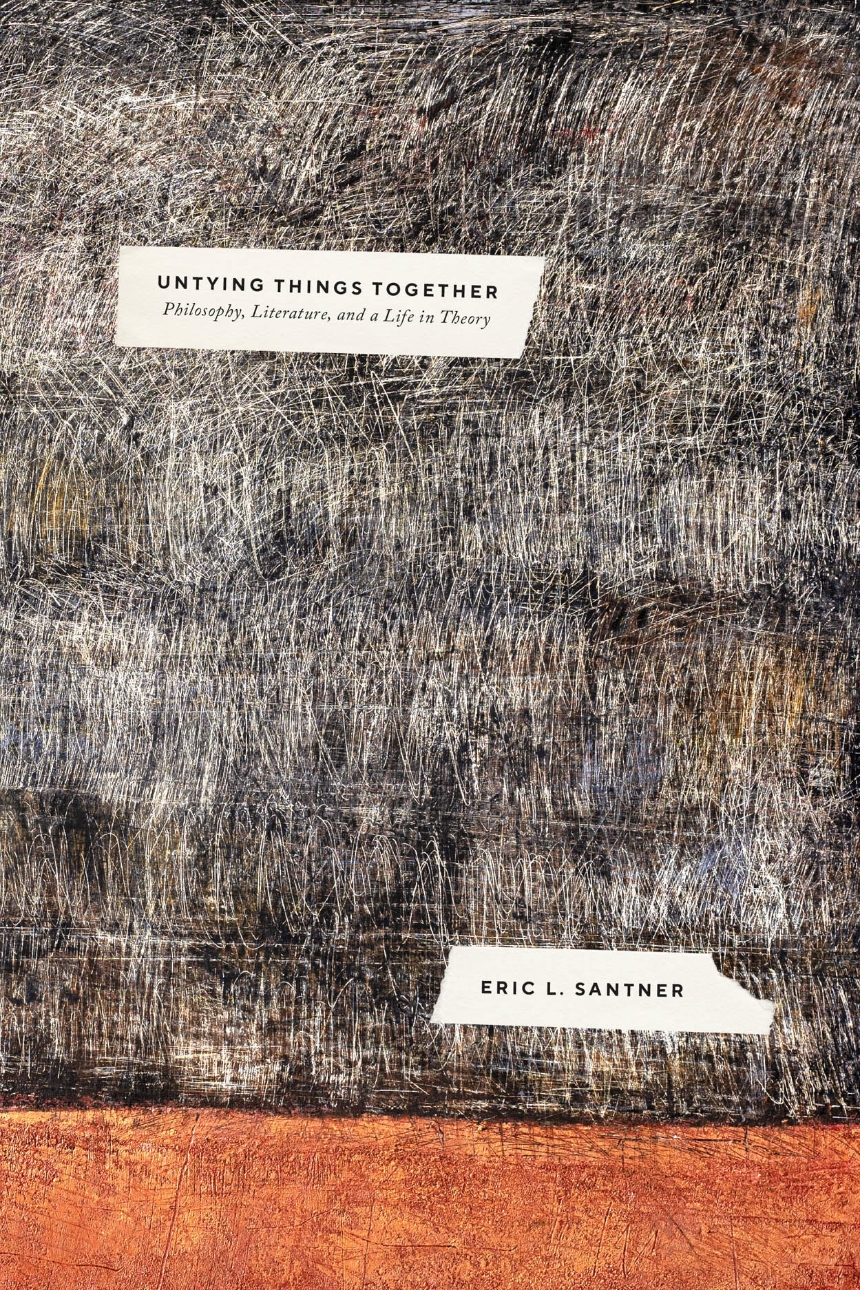 Philosophy, Literature, and a Life in Theory

Philosophy, Literature, and a Life in Theory

Untying Things Together helps to clarify the stakes of the last fifty years of literary and cultural theory by proposing the idea of a sexuality of theory.

In 1905, Freud published his Three Essays on the Theory of Sexuality, the book that established the core psychoanalytic thesis that sexuality is central to formations of the unconscious. With this book, Eric L. Santner inverts Freud’s title to take up the sexuality of theory—or, more exactly, the modes of enjoyment to be found in the kinds of critical thinking that, since the 1960s, have laid claim to that ancient word, “theory.” Santner unfolds his argument by tracking his own relationship with this tradition and the ways his intellectual and spiritual development has been informed by it.

Untying Things Together is both an intellectual history of major theoretical paradigms and a call for their reexamination and renewal. Revisiting many of the topics he has addressed in previous work, Santner proposes a new way of conceptualizing the eros of thinking, attuned to how our minds and bodies individually and collectively incorporate or “encyst” on a void at the heart of things. Rather than proposing a “return to theory,” Santner’s book simply employs theory as a way of further “(un)tying together” the resources of philosophy, art and literature, theology, psychoanalysis, political thought, and more.

“It is said that a great work of literature either concludes a genre or initiates one. Untying Things Together invents its own fascinating form. A brilliant work of literary criticism, it is also an incisive genealogy of what the author calls, tragicomically, ‘Odradek studies,’ as well as an often hilarious portrait of the philosopher as a no-longer-young man. Is there such a thing as auto-theory? There is now. Yet here Santner dissolves his ‘I’ in such a way that an entire generation of intellectuals is caught in his mirror. Untying Things Together urges us to enjoy our ideas as much as we do our symptoms—and to delight in the fact that we can’t always tell the two apart.”

“I have long admired Eric Santner’s writing for its immaculate ethic of critical care in his readings of literary and philosophical works. Untying Things Together is a masterful engagement with diverse threads of contemporary thought that is all the more impressive because Santner refuses both the glib display of critical consciousness and the postcritical turn to the refinements of feeling. He offers instead an inspiring experiment in an affiliative criticism, one that embraces its own scholarly kinship to make possible a wider association with the lives and thoughts of others. Untying Things Together provides the careful reader with a web of intellectual wonder.”