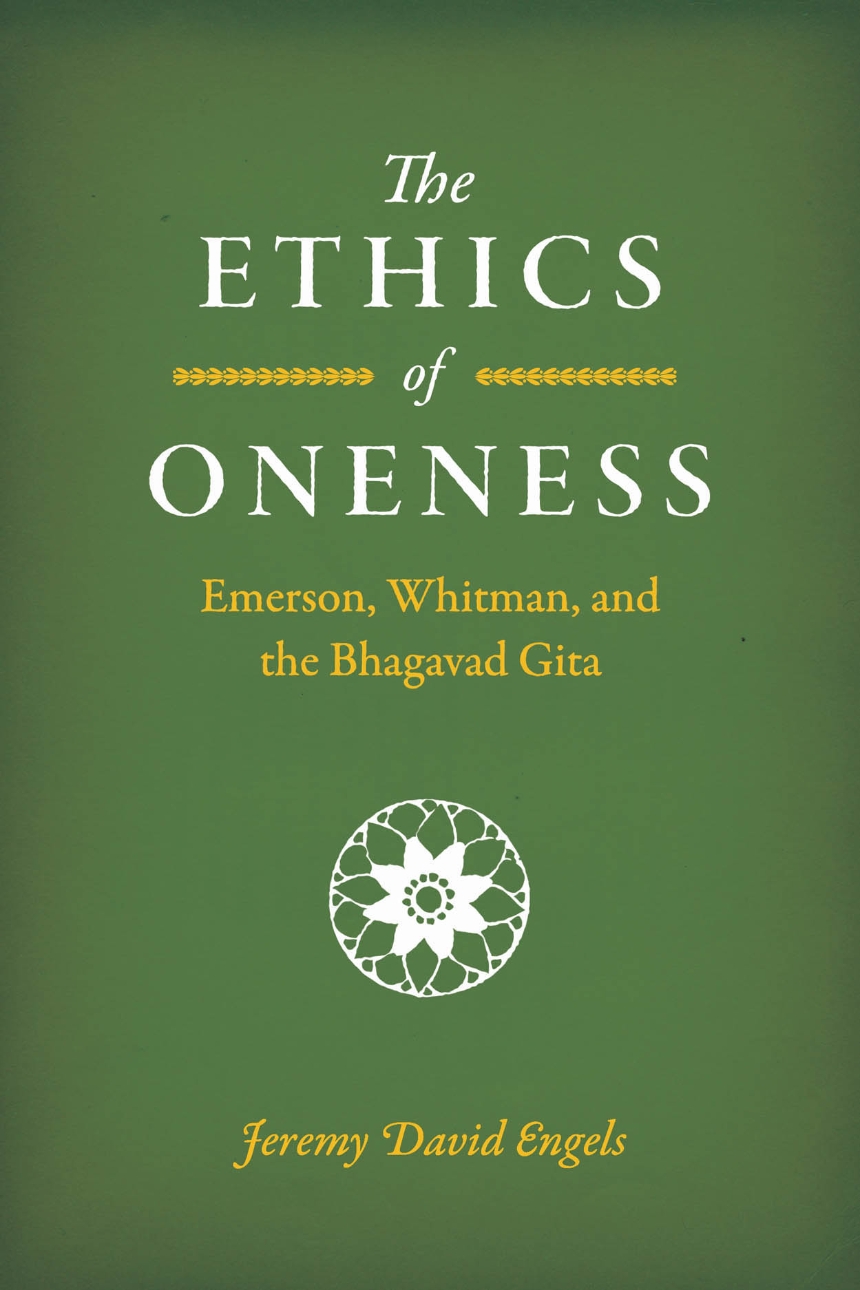 The Ethics of Oneness

Emerson, Whitman, and the Bhagavad Gita

The Ethics of Oneness

Emerson, Whitman, and the Bhagavad Gita

We live in an era defined by a sense of separation, even in the midst of networked connectivity. As cultural climates sour and divisive political structures spread, we are left wondering about our ties to each other. Consequently, there is no better time than now to reconsider ideas of unity.

In The Ethics of Oneness, Jeremy David Engels reads the Bhagavad Gita alongside the works of American thinkers Ralph Waldo Emerson and Walt Whitman. Drawing on this rich combination of traditions, Engels presents the notion that individuals are fundamentally interconnected in their shared divinity. In other words, everything is one. If the lessons of oneness are taken to heart, particularly as they were expressed and celebrated by Whitman, and the ethical challenges of oneness considered seriously, Engels thinks it is possible to counter the pervasive and problematic American ideals of hierarchy, exclusion, violence, and domination.

“I learned something new and exciting on virtually every page of The Ethics of Oneness. Engels doesn’t just reveal and analyze the India-Emerson-Whitman connections, he situates them where they matter the most: in everyday life at a time when the revelation of Oneness is desperately needed. At a time when diversity is celebrated by some and weaponized by others, apprehending the Unity within and beyond that diversity is an essential task for humanity. By demonstrating that Oneness is as American as it is Eastern—and profoundly democratic at that—this book makes a contribution more valuable than the currency on which E pluribus unum is engraved.”

"The appeal to ‘oneness’ is regularly and dangerously mistaken for an appeal to absolute order, to strict unity, to lockstep cohesion. The Ethics of Oneness disabuses us of this confusion. Engels shows his readers how nineteenth-century-American thinkers responded to the fracturing of their political world and the tearing of the country’s social fabric by developing a philosophy of oneness—fluid, transcendent, and spiritual—that stood against the forces of exclusion and domination which jeopardized modern life. This is a philosophy that is all but forgotten today, which is to say that Engels has written an essential book for our time. We stand in need of his reminder."

John Kaag, author of Hiking with Nietzsche and Sick Souls, Healthy Minds: How William James Can Save Your Life

"Engels does a masterful job of showing us how these two great nineteenth-century philosophers—one a mystical poet, the other a prolific essayist—created new ways of looking at early American life from the point of view of Eastern spiritual traditions."

An Invitation to All