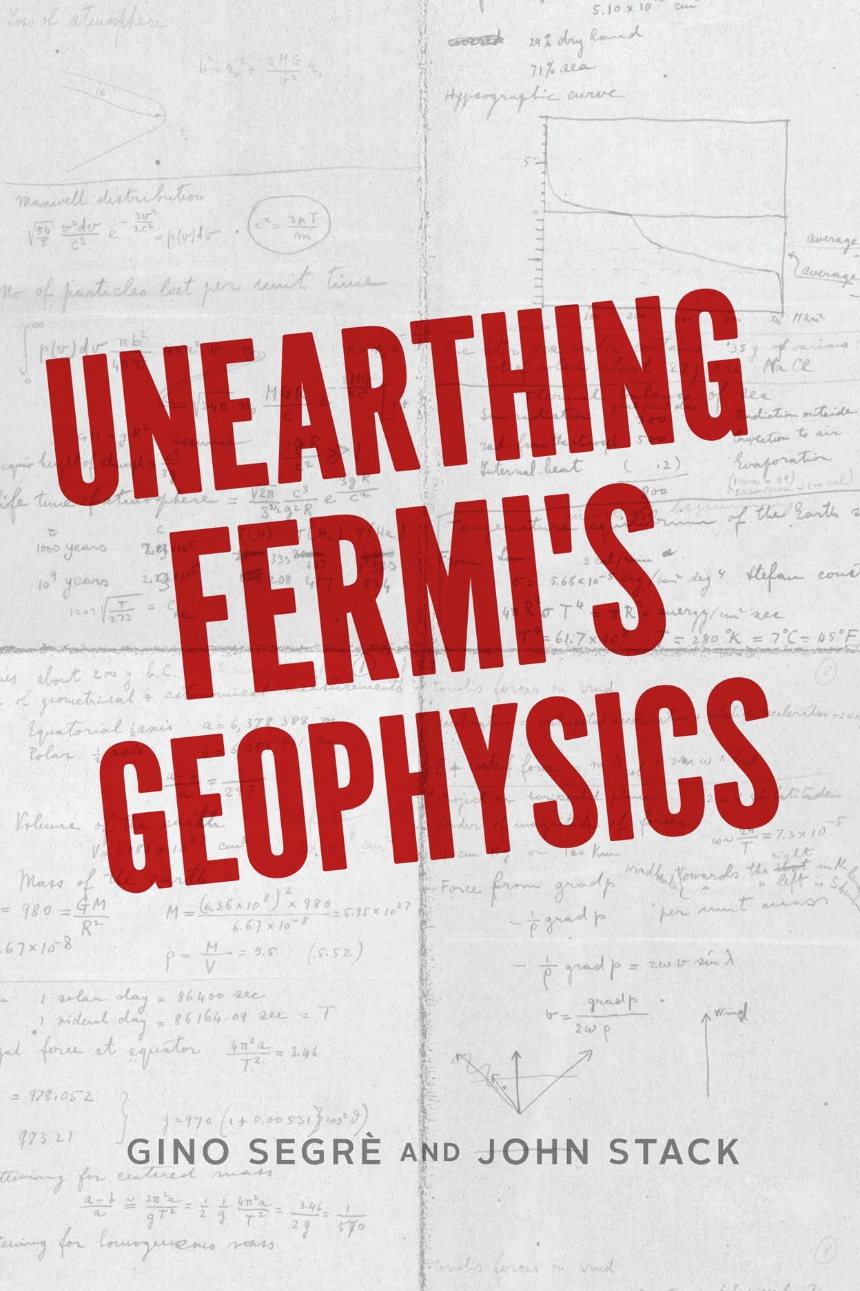 Nobel Prize–winning physicist Enrico Fermi (1901–54) is known for his work on experimental particle and nuclear physics, quantum theory, and statistical mechanics, and for his particular ability to condense complicated problems into approximations for understanding and testing theory in a variety of scientific disciplines. Six of his graduate students went on to win their own Nobel Prizes.

Unearthing Fermi’s Geophysics opens a window onto two underrepresented facets of this extraordinary thinker: Fermi’s teaching and his contribution to the field of geophysics. Drawing on Fermi’s handwritten calculations and notes, many of which are reproduced here in photographic facsimile, physicists Gino Segrè and John Stack have reconstructed a coursebook of Fermi’s insights into the physics of a range of geological and atmospheric phenomena. From gravity on Earth to thermodynamics in the atmosphere, the physics of raindrops, the Coriolis effect in hurricanes, tidal physics, earthquakes and seismic waves, Earth’s magnetism, atmospheric electricity, and much more, Unearthing Fermi’s Geophysics reveals the hidden workings of the world above, around, and below us—and of the mind of a great scientist who was able to bring those physical workings to light.

"An informative and lucid book... a welcome contribution to the literature on Fermi and 20th-century geophysics."

“Unearthing Fermi’s Geophysics is a rather unusual book. It is a text on geophysics that Enrico Fermi might have written, based on notes from a course he did give at Columbia University in the late 1930s. It is idiosyncratic in its coverage of topics, but does an excellent job of illustrating how Fermi went about exploring a field for which he had no background other than being a (remarkably able) physicist. Segrè and Stack have done a fine job of filling in the details needed to make sense of Fermi’s lecture notes. This invaluable book is not only clearly a labor of love, but also a boon to students of the history of science and of Fermi.”

“An assured and informative biography of the pioneering nuclear scientist.”

Wall Street Journal, on "The Pope of Physics"

“Impressive. . . . Both intelligent and extremely engaging.”

Physics Today, on "The Pope of Physics"

"Nobel Prize laureate Enrico Fermi (1901–1954) was famous among physicists for the simplicity with which he explained complex questions and made valid numerical estimates about many phenomena. Fermi worked primarily in nuclear and particle physics and built the world's first nuclear reactor. This book is based on notes he made for a course in geophysics that he taught to senior-level physics students between 1939 and 1941 at Columbia University, soon after he arrived in the US from Italy... The text expands on and explains Fermi's notes with annotations by Segrè and Stack, providing supplementary equations and numerical calculations... Highly recommended."