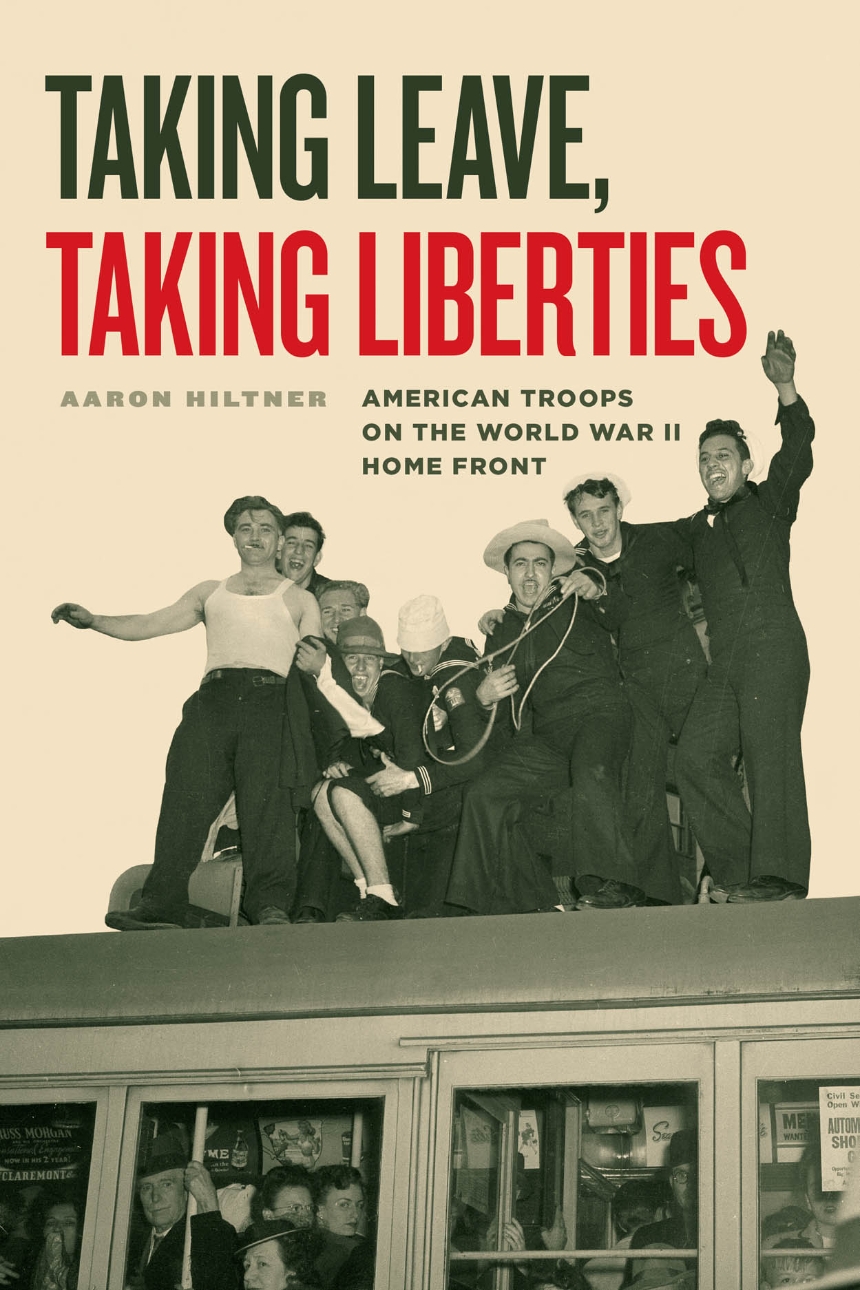 American soldiers overseas during World War II were famously said to be “overpaid, oversexed, and over here.” But the assaults, rapes, and other brutal acts didn’t only happen elsewhere, far away from a home front depicted as safe and unscathed by the “good war.” To the contrary, millions of American and Allied troops regularly poured into ports like New York and Los Angeles while on leave. Euphemistically called “friendly invasions,” these crowds of men then forced civilians to contend with the same kinds of crime and sexual assault unfolding in places like Britain, France, and Australia.

With unsettling clarity, Aaron Hiltner reveals what American troops really did on the home front. While GIs are imagined to have spent much of the war in Europe or the Pacific, before the run-up to D-Day in the spring of 1944 as many as 75% of soldiers were stationed in US port cities, including more than three million who moved through New York City. In these cities, largely uncontrolled soldiers sought and found alcohol and sex, and the civilians living there—women in particular—were not safe from the violence fomented by these de facto occupying armies. Troops brought their pocketbooks and demand for “dangerous fun” to both red-light districts and city centers, creating a new geography of vice that challenged local police, politicians, and civilians. Military authorities, focused above all else on the war effort, invoked written and unwritten legal codes to grant troops near immunity to civil policing and prosecution.

The dangerous reality of life on the home front was well known at the time—even if it has subsequently been buried beneath nostalgia for the “greatest generation.” Drawing on previously unseen military archival records, Hiltner recovers a mostly forgotten chapter of World War II history, demonstrating that the war’s ill effects were felt all over—including by those supposedly safe back home.

“Phrases like ‘the Good War,’ and ‘The Greatest Generation’ reassure us of the Second World War’s redemptive power. With Vietnam, Afghanistan, and Iraq all clouding living memory, we can look back to a necessary war, fought by selfless volunteers against ruthless enemies. You can believe this fully, and Hiltner’s Taking Leave, Taking Liberties will still give you pause. Hiltner traces the mobilization of millions of men over the course of four years, and he explores the contradiction between fighting ideals and the spectacular rise of crime, sexual violence, assaults, and urban disorder wherever soldiers gathered on the home front. It is a fresh contribution to the history of World War II, of masculinity, and of violence.”

“Hiltner shines a light on a little-known conflict that occurred on the American home front in World War II: one wrought by brawny and belligerent GIs who caroused and terrorized their way through liberty cities across the country. Rejecting military and civilian control, these men took the spoils of war for themselves, leaving civilians—often women—to fend for themselves. This is not a comforting story about the American home front in World War II, but it is a vital one with important lessons for today.”

“In this innovative study of World War II, Hiltner shows us another side of the home front: the ‘friendly invasions’ of US servicemen on leave in US liberty ports. The chaos that ensued—drunken brawls, racial and sexual violence, civilian-military conflict—reveals a darker side of wartime America and the far-reaching impact of the militarization of urban life.”

"Taking Leave, Taking Liberties offers a whole new way of thinking about a moment in history we thought we already knew. From Times Square to Hollywood Boulevard to San Francisco’s Barbary Coast, servicemen on leave transformed the landscapes and economies of cities, upended civil-military relations, and redefined what Americans thought it meant to be a man. GI Joe, you’ve met your match in Hiltner: this is the freshest take on the World War II home front in a generation.”

“An important and powerful contribution to the literature on the World War II home front. Hiltner recovers the long-forgotten history of American liberty ports and reveals that U.S. civil-military relations were far more violent and chaotic than most Americans may want to believe.”

"Taking Leave, Taking Liberties is highly recommended for all those readers interested in what really happened in America during World War II. . . . Hiltner presents a far different portrait of what actually transpired on the home front. It is not a pretty picture."

The Journal of America's Military Past

"Taking Leave, Taking Liberties makes an important contribution to our understanding of the impact of World War II on American society and deserves a large audience. . . . In an engaging narrative, Hilter outlines a combination of factors that led to the breakdown of law and order in many port cities during World War II."

“Taking Leave, Taking Liberties is [Hiltner’s] first book. And what a book it is.”

What Happened on the Home Front