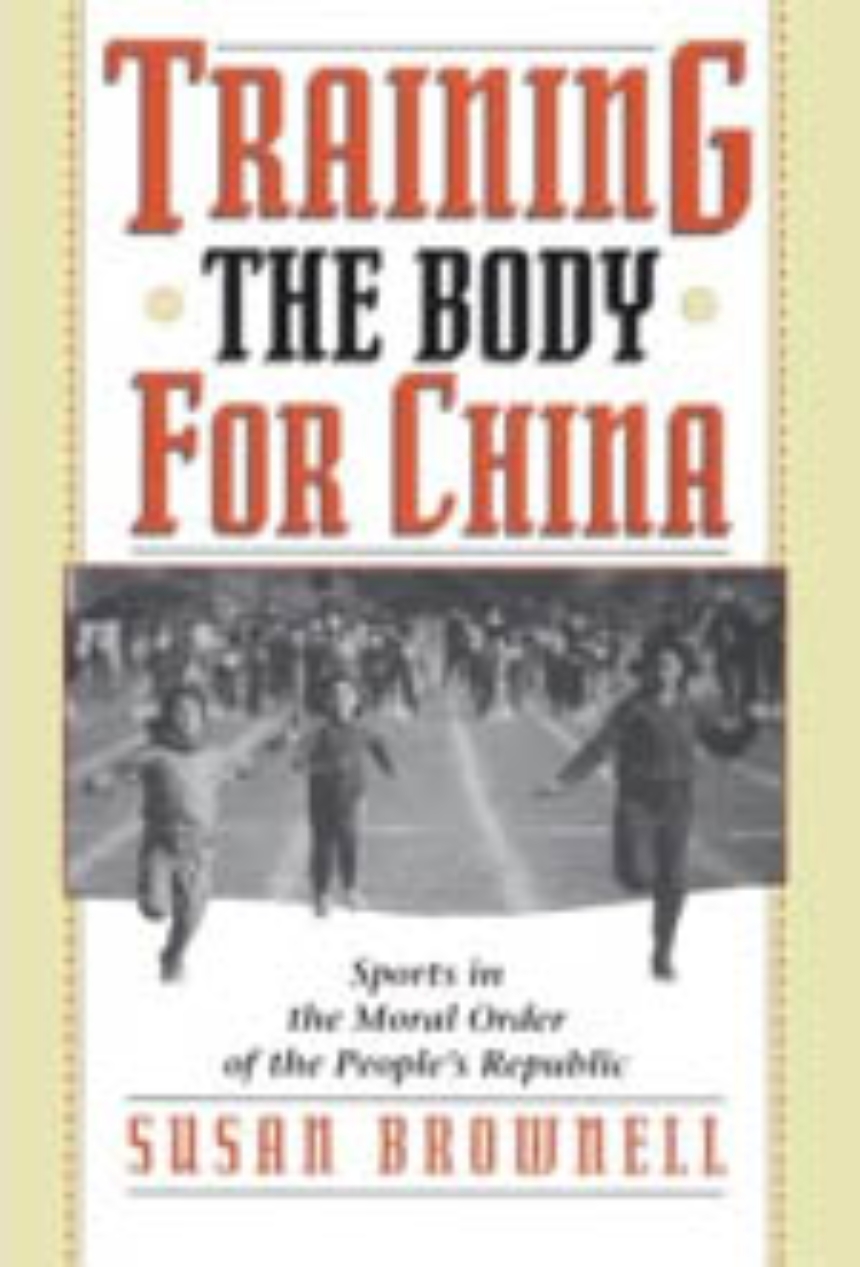 Training the Body for China

Sports in the Moral Order of the People’s Republic

Training the Body for China

Sports in the Moral Order of the People’s Republic

Competing in the 1986 National College Games of the People’s Republic of China, Susan Brownell earned both a gold medal in the heptathlon and fame throughout China as "the American girl who won glory for Beijing University." Now an anthropologist, Brownell draws on her direct experience of Chinese athletics in this fascinating look at the culture of sports and the body in China.

Training the Body for China is the first book on Chinese sports based on extended fieldwork by a Westerner. Brownell introduces the notion of "body culture" to analyze Olympic sports as one element in a whole set of Chinese body practices: the "old people’s disco dancing" craze, the new popularity of bodybuilding (following reluctant official acceptance of the bikini), mass calisthenics, martial arts, military discipline, and more.

Translating official and dissident materials into English for the first time and drawing on performance theory and histories of the body, Brownell uses the culture of the body as a focal point to explore the tensions between local and global organizations, the traditional and the modern, men and women. Her intimate knowledge of Chinese social and cultural life and her wide range of historic examples make Training the Body for China a unique illustration of how gender, the body, and the nation are interlinked in Chinese culture.

Acknowledgments
1: Winning Glory for Beijing
2: Historical Overview: Sports, the Body, and the Nation
3: Public Culture: On Sports Clubs, Public Events, and Representation
4: Body Culture and Consumer Culture in China’s 1987 National Games
5: Qing Dynasty Grand Sacrifice and Communist National Games: Rituals of the Chinese State?
6: Training the Body for China: Civilization, Discipline, and Social Order
7: "Those Who Work with Their Brains Rule; Those Who Work with Their Brawn Are Ruled"
8: Sex, the Body, and History in Chinese and Western Sports
9: Bodies, Boundaries, and the State
10: "Obscene" Bodies, the State, and Popular Movements: Bodybuilding and Old People’s Disco
11: "Face" and "Fair Play": Sports and Morality in the Economic Reforms
Epilogue: Beijing’s Bid for the 2000 Olympic Games
Select Glossary of Chinese Terms and Names
References
Index