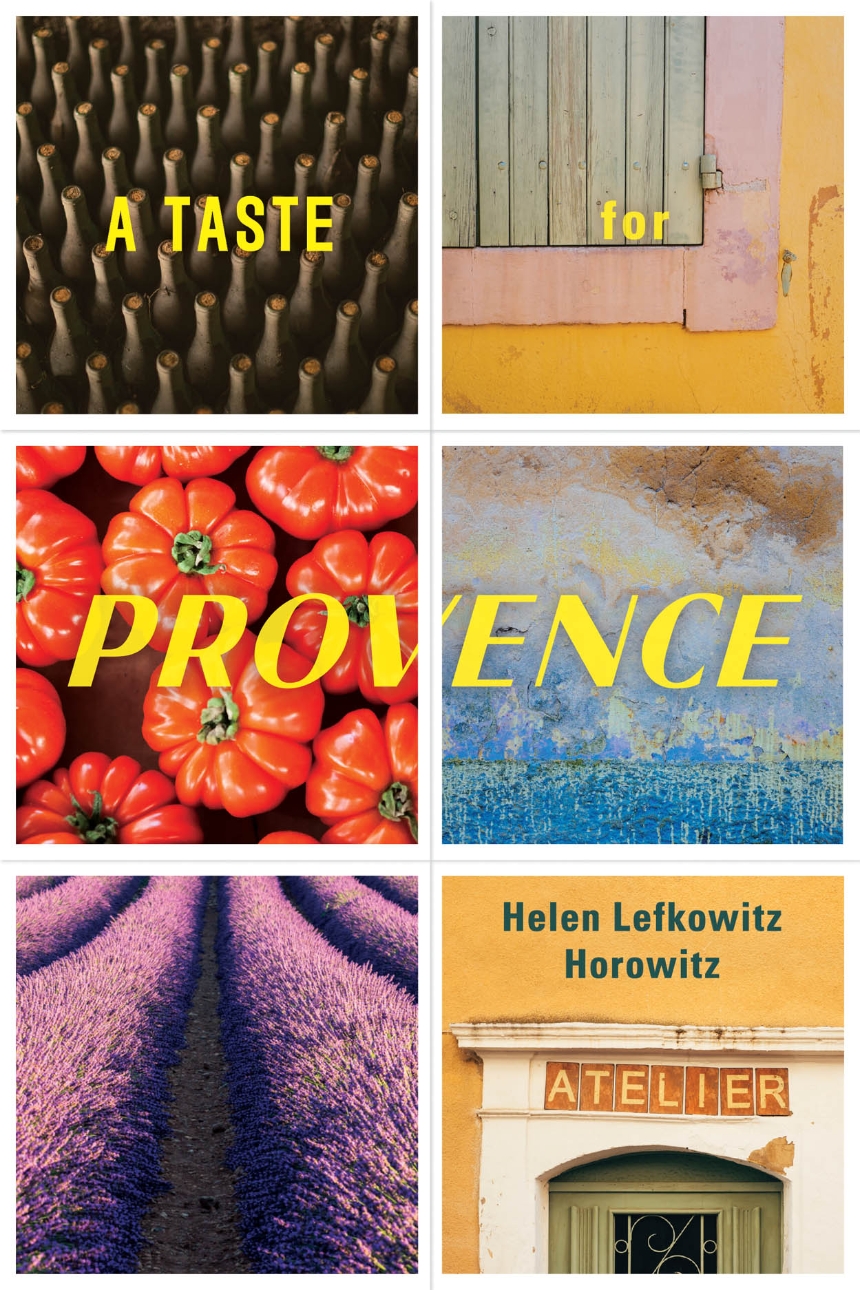 A Taste for Provence

A Taste for Provence

Provence today is a state of mind as much as a region of France, promising clear skies and bright sun, gentle breezes scented with lavender and wild herbs, scenery alternately bold and intricate, and delicious foods served alongside heady wines. Yet in the mid-twentieth century, a travel guide called the region a “mostly dry, scrubby, rocky, arid land.” How, then, did Provence become a land of desire—an alluring landscape for the American holiday?

In A Taste for Provence, historian Helen Lefkowitz Horowitz digs into this question and spins a wonderfully appealing tale of how Provence became Provence. The region had previously been regarded as a backwater and known only for its Roman ruins, but in the postwar era authors, chefs, food writers, visual artists, purveyors of goods, and travel magazines crafted a new, alluring image for Provence. Soon, the travel industry learned that there were many ways to roam—and some even involved sitting still. The promise of longer stays where one cooked fresh food from storied outdoor markets became desirable as American travelers sought new tastes and unadulterated ingredients.

Even as she revels in its atmospheric, cultural, and culinary attractions, Horowitz demystifies Provence and the perpetuation of its image today. Guiding readers through books, magazines, and cookbooks, she takes us on a tour of Provence pitched as a new Eden, and she dives into the records of a wide range of visual media—paintings, photographs, television, and film—demonstrating what fueled American enthusiasm for the region. Beginning in the 1970s, Provence—for a summer, a month, or even just a week or two—became a dream for many Americans. Even today as a road well traveled, Provence continues to enchant travelers, armchair and actual alike.

“How Provence went from nowheresville to a nouveau-Eden is the subject of Helen Lefkowitz Horowitz’s A Taste for Provence, a fascinating survey of the many ways in which business, literature, art, and food fashions shape our desires about where to travel and how to live.”

“Nowadays we all love Provence, or at least the dream of it. Horowitz tells a fluent story of how Americans in particular came under its spell.”

“In this careful and well-researched telling, Horowitz proves herself an able tour guide for the American understanding of Provence.”

The AAG Review of Books

“Reading Horowitz’s eloquent and fascinating A Taste for Provence was for me like going to a reunion of the people who had a hand in drawing me that magical region of France. Now I understand more deeply why Provence became and continues to be such an important part of my life.”

“Everyone loves Provence, including Horowitz, and luckily for us she was also curious about how it came to be designated as paradise. In this fascinating, evocative book she looks past the olive trees and the lavender to explore culture, commerce, and imagination itself.”

“From Roman ruins to ripe tomatoes, Provence has served for centuries as a locus of attractions and commodities not available in the United States. A Taste for Provence is both engaging and illuminating; a delight from start to finish.”

Jane S. Smith, author of The Garden of Invention: Luther Burbank and the Business of Breeding Plants

“During the second half of the twentieth century, Provence was widely hailed among American gastronomes and luxury travelers as a place of simplicity, rare beauty, glorious sunny days, and fine regional cuisine. But just how Provence became so popular among Americans, and why its food and wine should have captured the American imagination in a way that other French regions with arguably finer food and wine traditions did not has long been a matter of some confusion and disagreement. Here is a book that explains it all, looking at Provence’s special appeal to the senses, even as it analyzes the cultural and economic forces that went into the region’s promotion and sale. For those of us who have never had the privilege of visiting Provence—or have visited it too briefly—A Taste for Provence does a splendid job of explaining the region’s particular charm. In looking at the American response to Provence from Thomas Jefferson through Julia Child, Horowitz takes the reader on a journey through time and history, and does so from a uniquely American perspective. Engaging, informative, and an utter pleasure to read, A Taste for Provence fills a gap in our cultural awareness even as it tempts us to pack our bags and set off on a long, utterly hedonistic adventure of our own.”

“Horowitz’s detailed description of American cooks’ incredible alarm at using fresh garlic will remind some Anglo readers of things grandmothers used to say. Her enthusiastic personal accounts of shopping and dining prompted me to savor a fabulous ratatouille before starting this review. As a playful work in American Studies, the book thus has much to recommend it.”