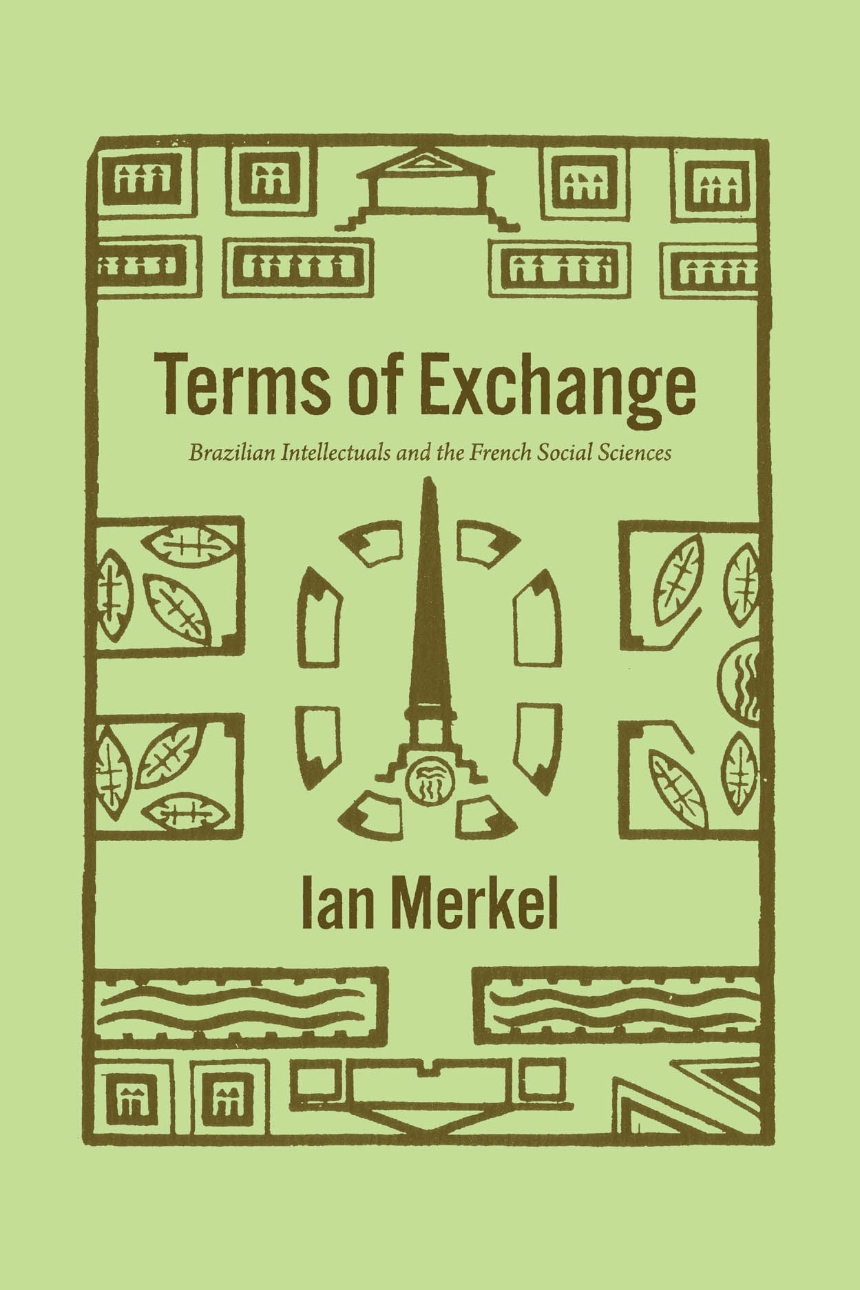 A collective intellectual biography that sheds new light on the Annales school, structuralism, and racial democracy.

Would the most recognizable ideas in the French social sciences have developed without the influence of Brazilian intellectuals? While any study of Brazilian social sciences acknowledges the influence of French scholars, Ian Merkel argues the reverse is also true: the “French” social sciences were profoundly marked by Brazilian intellectual thought, particularly through the University of São Paulo. Through the idea of the “cluster,” Merkel traces the intertwined networks of Claude Lévi-Strauss, Fernand Braudel, Roger Bastide, and Pierre Monbeig as they overlapped at USP and engaged with Brazilian scholars such as Mário de Andrade, Gilberto Freyre, and Caio Prado Jr..

Through this collective intellectual biography of Brazilian and French social sciences, Terms of Exchange reveals connections that shed new light on the Annales school, structuralism, and racial democracy, even as it prompts us to revisit established thinking on the process of knowledge formation through fieldwork and intellectual exchange. At a time when canons are being rewritten, this book reframes the history of modern social scientific thought.

“A rich examination of the intriguing crossings between Brazilian and French social sciences from the 1930s to the 1950s, Terms of Exchange offers the first history of the interactions among such characters as Roger Bastide, Claude Lévi-Strauss, Arthur Ramos, Caio Prado Jr., Florestan Fernandes, Paul Rivet, Gilberto Freyre, and Fernand Braudel.”

“This book reconsiders the intellectual itineraries of the French professors who came to São Paulo to found USP. Challenging traditional geographies of knowledge, Merkel situates the Brazilian experience of social scientists such as Braudel and Lévi-Strauss at the center of important epistemological inflections of the mid-twentieth century.”

“Merkel explores with brio a little-known episode of transatlantic intellectual history: the prewar dialectics of exchange between a small group of not-yet-famous French visiting professors at the University of São Paulo and their Brazilian hosts. The great merit of the book is to highlight the weight of their Brazilian experience on those who later deeply transformed the French social sciences.”

Philippe Descola, author of Beyond Nature and Culture

"Merkel's work is a welcome addition to both Brazilian history and to the charting of the twentieth-century social sciences."