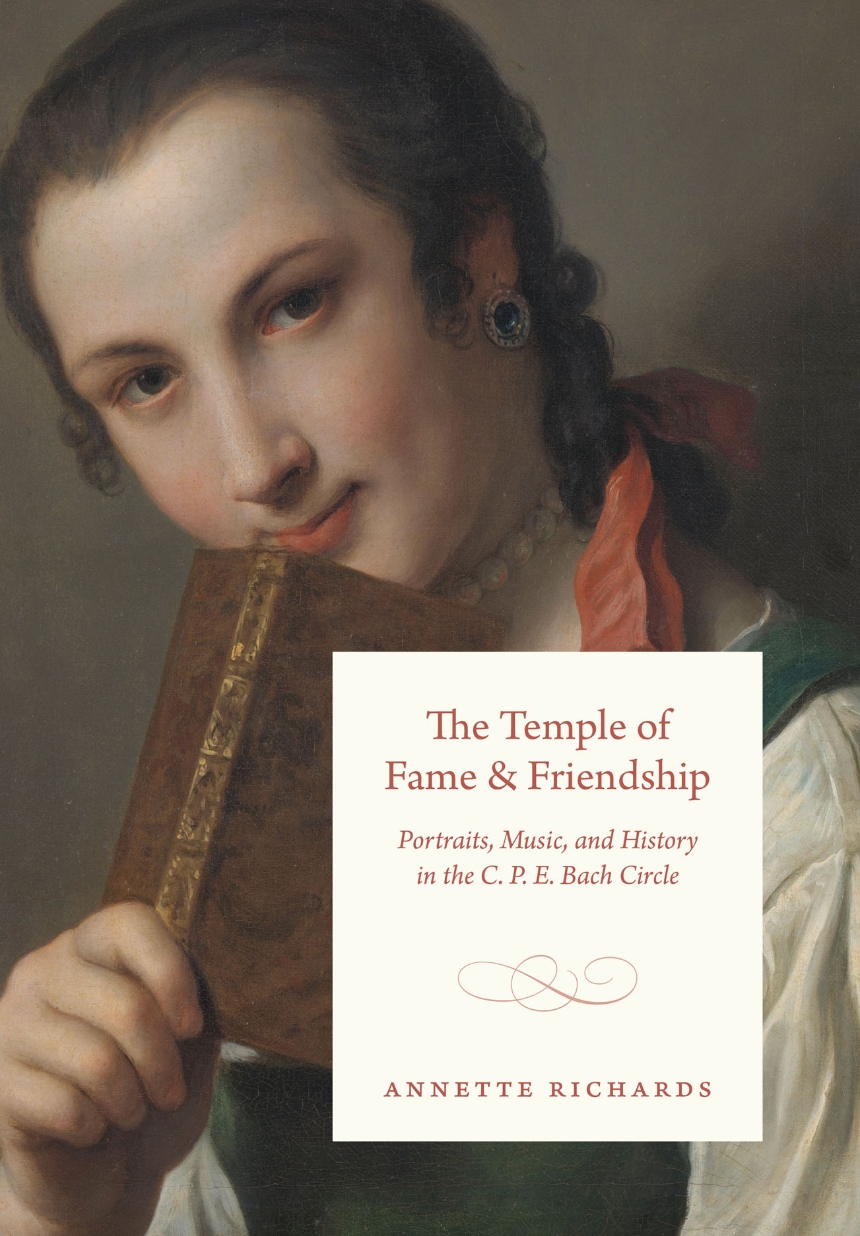 The Temple of Fame and Friendship

The Temple of Fame and Friendship

One of the most celebrated German composers of the eighteenth century, C. P. E. Bach spent decades assembling an extensive portrait collection of some four hundred music-related items—from oil paintings to engraved prints. The collection was dispersed after Bach’s death in 1788, but with Annette Richards’s painstaking reconstruction, the portraits once again present a vivid panorama of music history and culture, reanimating the sensibility and humor of Bach’s time. Far more than a mere multitude of faces, Richards argues, the collection was a major part of the composer’s work that sought to establish music as an object of aesthetic, philosophical, and historical study.

The Temple of Fame and Friendship brings C. P. E. Bach’s collection to life, giving readers a sense of what it was like for visitors to tour the portrait gallery and experience music in rooms thick with the faces of friends, colleagues, and forebears. She uses the collection to analyze the “portraitive” aspect of Bach’s music, engaging with the influential theories of Swiss physiognomist Johann Caspar Lavater. She also explores the collection as a mode of cultivating and preserving friendship, connecting this to the culture of remembrance that resonates in Bach’s domestic music. Richards shows how the new music historiography of the late eighteenth century, rich in anecdote, memoir, and verbal portrait, was deeply indebted to portrait collecting and its negotiation between presence and detachment, fact and feeling.

“In this vividly drawn portrait of C. P. E. Bach’s gallery, Richards has illuminated much more than the art and act of collecting, and the range and recognition of Bach’s circle in Enlightenment arts and letters. She has reconstructed the shades of feeling animating musical character portraits, reimagined the resonances of playing and hearing music in a space filled with faces, and resituated the genius of Bach in a trans-European and transhistorical context that is nonetheless boldly particularized. Her demonstration that Bach’s collection was materially implicated in the self-conscious invention of music history toward the turn of the nineteenth century is one of the book’s most astonishing revelations.”

“Not only a preserver of repertories from previous generations but also an indefatigable connoisseur of portraits, C. P. E. Bach amassed an immense collection that dazzled his contemporaries. In this fascinating book, Richards takes us into late eighteenth-century culture and details the ways Bach acquired, commissioned, displayed, composed, and performed portraits of the artists and intellectuals he admired.”

“The Temple of Fame and Friendship is nothing less than a delightfully readable tapestry of a vast cultural world in which C. P. E. Bach held center stage. This is a formidable study that takes Bach’s collection as a provocation to understand portrait as an aspect of Enlightenment endeavor, in its theoretical underpinnings, and as a component in Bach’s idiosyncratic creative work. It probes the range of figures who populate the collection: the friends and acquaintances in Bach’s active musical world, the iconic figures who dwell in the histories and mythologies of the profession, and the painters and etchers whose portraiture enliven these pages.”