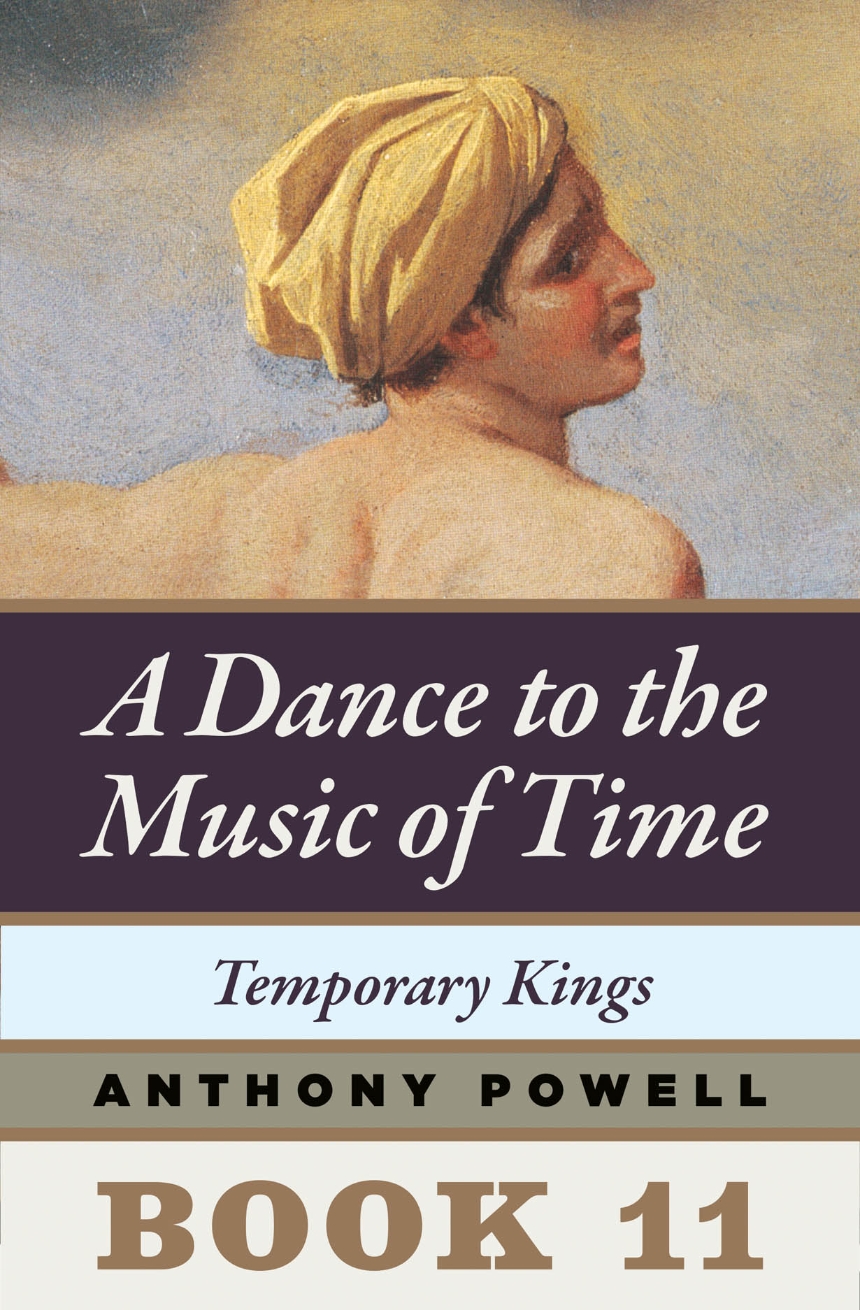 Book 11 of A Dance to the Music of Time

Book 11 of A Dance to the Music of Time

In this penultimate volume, Temporary Kings (1973), Nick and his contemporaries are at the height of their various careers in the arts, business, and politics. X. Trapnel is dead, but his mystery continues to draw ghoulish interest from readers and academics alike—as well as from his lover, Pamela Widmerpool. Kenneth Widmerpool, meanwhile, is an MP with mysterious connections beyond the newly dropped Iron Curtain, but he continues to be tormented by Pamela; a spectacular explosion, Nick can’t help but realize, is imminent.

1. THE SMELL OF VENICE SUFFUSED the night...

2. THE BRAGADIN PALACE WAS APPROACHED on foot...

4. BAGSHAW WAS AT ONCE ATTENTIVE to the idea...

6. GWINNETT WROTE ME A LONGISH letter...