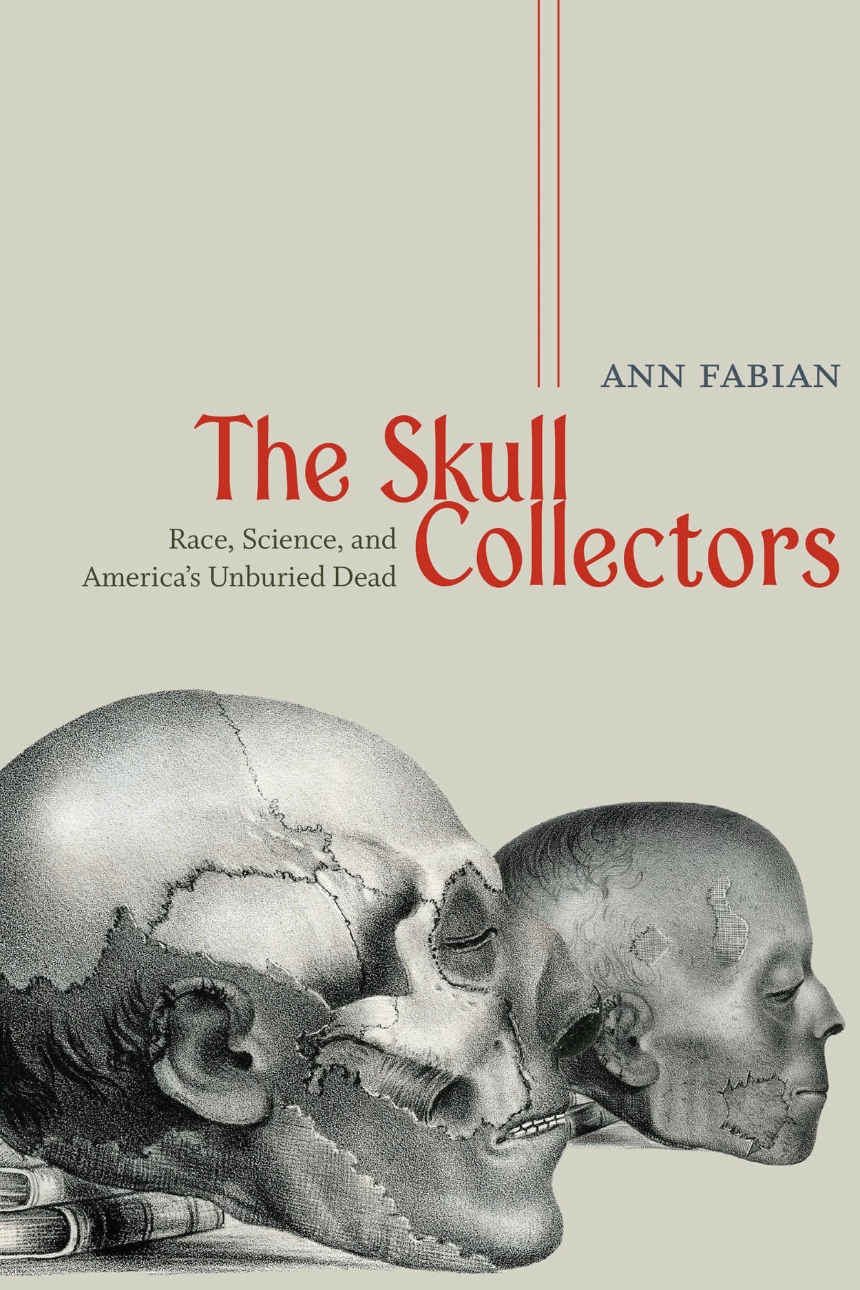 When Philadelphia naturalist Samuel George Morton died in 1851, no one cut off his head, boiled away its flesh, and added his grinning skull to a collection of crania. It would have been strange, but perhaps fitting, had Morton’s skull wound up in a collector’s cabinet, for Morton himself had collected hundreds of skulls over the course of a long career. Friends, diplomats, doctors, soldiers, and fellow naturalists sent him skulls they gathered from battlefields and burial grounds across America and around the world.

With The Skull Collectors, eminent historian Ann Fabian resurrects that popular and scientific movement, telling the strange—and at times gruesome—story of Morton, his contemporaries, and their search for a scientific foundation for racial difference. From cranial measurements and museum shelves to heads on stakes, bloody battlefields, and the “rascally pleasure” of grave robbing, Fabian paints a lively picture of scientific inquiry in service of an agenda of racial superiority, and of a society coming to grips with both the deadly implications of manifest destiny and the mass slaughter of the Civil War. Even as she vividly recreates the past, Fabian also deftly traces the continuing implications of this history, from lingering traces of scientific racism to debates over the return of the remains of Native Americans that are held by museums to this day.

Full of anecdotes, oddities, and insights, The Skull Collectors takes readers on a darkly fascinating trip down a little-visited but surprisingly important byway of American history.

“Ann Fabian’s latest book is fascinating, astonishingly original, and supplies significant implications for our understanding of life and death in America—among other things.  Brain capacity leads to issues of intelligence, and we all know where that leads. The subject is both curious and compelling—American studies and cultural history at its best.”

“Ann Fabian’s The Skull Collectors has all the elements of great history: genuine surprises, originality, imaginative research, and marvelous storytelling. Even more importantly, it is a brilliant, disturbing story about the fateful convergence of science and racism in the nineteenth century. Samuel George Morton’s famous skulls, and the quest by so many others to find, steal, measure, and collect so many varieties of ‘heads’ tells us much about the roots of modern racism as well as about why ‘we’ still struggle to define ourselves as one species. Fabian shows us how the dead have always been our teachers, but what we learn depends on the questions we ask.”

David W. Blight, Yale author of Race and Reunion: The Civil War in American Memory , and A Slave No More: Two Men Who Escaped from Slavery, Including Their Narratives of Emancipation

“A haunting voyage through the peculiar—and peculiarly American—world of human skull collecting. Ann Fabian’s remarkable and moving study illuminates as few other works have the powerful hold that the dead and their remains continue to have upon the living.”

Karl Jacoby, author of Shadows at Dawn: A Borderlands Massacre and the Violence of History