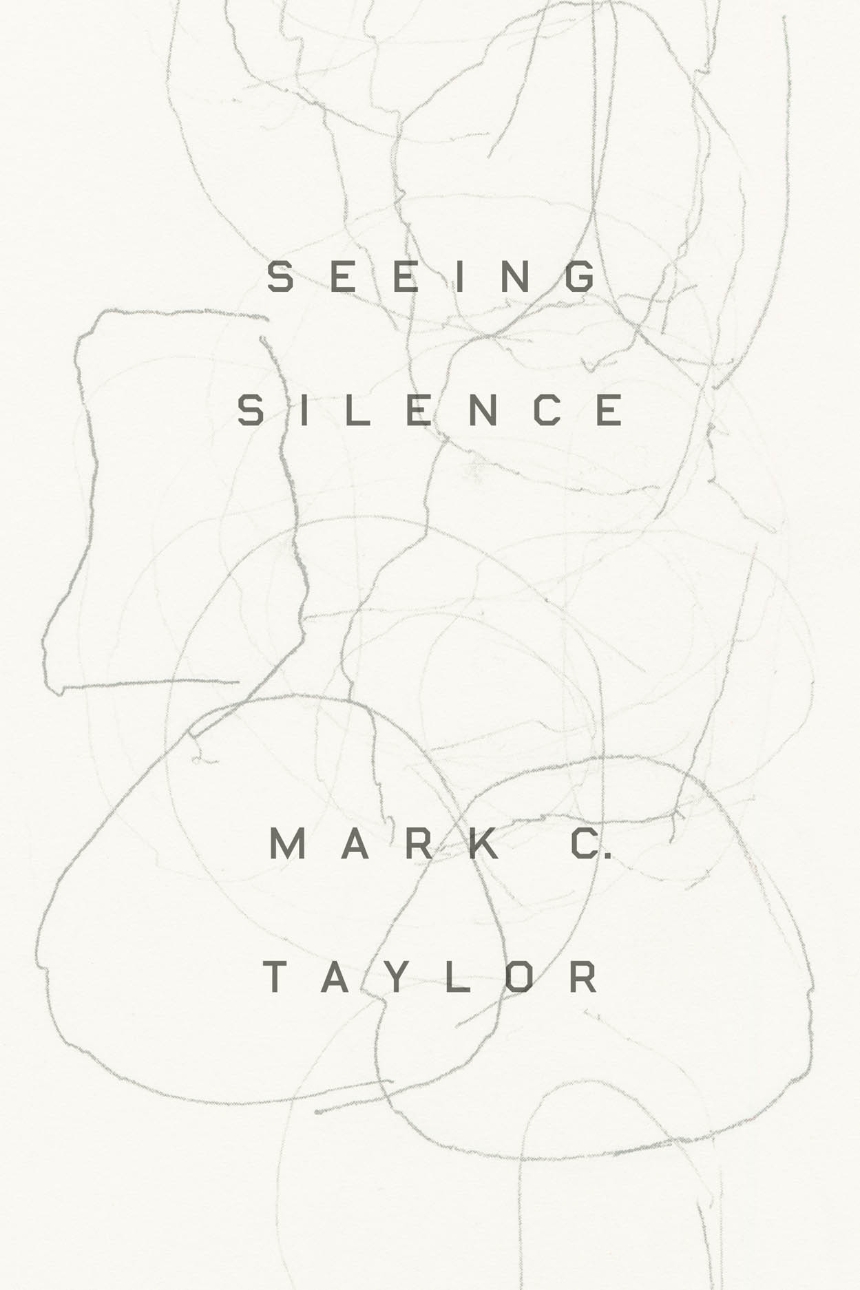 Mark C. Taylor explores the many variations of silence by considering the work of leading visual artists, philosophers, theologians, writers, and composers.

“To hear silence is to find stillness in the midst of the restlessness that makes creative life possible and the inescapability of death acceptable.” So writes Mark C. Taylor in his latest book, a philosophy of silence for our nervous, chattering age. How do we find silence—and more importantly, how do we understand it—amid the incessant buzz of the networks that enmesh us? Have we forgotten how to listen to each other, to recognize the virtues of modesty and reticence, and to appreciate the resonance of silence? Are we less prepared than ever for the ultimate silence that awaits us all?

Taylor wants us to pause long enough to hear what is not said and to attend to what remains unsayable. In his account, our way to hearing silence is, paradoxically, to see it. He explores the many variations of silence by considering the work of leading modern and postmodern visual artists, including Barnett Newman, Ad Reinhardt, James Turrell, and Anish Kapoor. Developing the insights of philosophers, theologians, writers, and composers, Taylor weaves a rich narrative modeled on the Stations of the Cross. His chapter titles suggest our positions toward silence: Without. Before. From. Beyond. Against. Within. Between. Toward. Around. With. In. Recasting Hegel’s phenomenology of spirit and Kierkegaard’s stages on life’s way, Taylor translates the traditional Via Dolorosa into a Nietzschean Via Jubilosa that affirms light in the midst of darkness.

Seeing Silence is a thoughtful meditation that invites readers to linger long enough to see silence, and, in this way, perhaps to hear once again the wordless Word that once was named “God.”

“As hard to pigeonhole as Taylor’s prolific and wide-ranging career, Seeing Silence is not exactly philosophy, or spiritual autobiography, or art theory. It is a textual antechamber leading into—or perhaps a frame surrounding—the sculpture in which the life-work of the philosopher-turned-artist lies exposed . . . Taylor leads us on a pilgrimage of revelatory encounters. . . Taylor combines the conceptual, perceptual, and affective with the concretely historical and factual, while offering something more than, and irreducible to, these aspects: a sense for the work as a moment, in each case unique, of silence becoming visible, and visible growing silent.”

"A glowing melange of philosophy, theology, and art criticism."

Daniel Schwartz | On the Seawall

“Based on the synesthesia between seeing and hearing, Seeing Silence is an original and fascinating meditation on the origins of human experience, art, and language. Taylor argues eloquently for the significance of silence in the contemporary world, and he shows the value of reflecting on the work of artists and thinkers who have recognized this.”

“When we see silence we see the world without us. Yet Seeing Silence is not simply a book about death; it is also an invitation to rethink visual art as ‘words of silence.’ Taylor conducts us through a noiseless landscape, at once frightening and beautiful, in which Kierkegaard, Jabès, and Bergman, among so many others, are companions for the journey. Artists will delight in this new book as much as scholars will benefit from it.”

“Taylor turns the cacophony of our environment, actual and virtual, toward redemptive moments of silence, all the more rich in implication for how rare they have become. Alongside deep learning in literature, philosophy, and theology, fresh attention to nonverbal cognates in architecture, painting, and sculpture carry the reader to unanticipated recognitions. From each nested instance to the next, intimations of the infinite, not to say the divine, emerge in the undisclosed, the unsayable, and the unsounded.”

“Seeing Silence succeeds wonderfully. . . . Taylor’s case starts with the claim that seeing silence grants access to reality. This makes it something of a countercultural practice in noisy times like ours when reality is presented in unlimited streaming information, ongoing notifications, and always-available chatrooms. Taylor’s book stands apart for the originality of his vision, the particularity of his thesis, and, notably, the canon of authors and artists on which he draws.”

“Seeing Silence begins in medias res, in the way of an intellectual history, the narrative epic of a memoirist. What happens when there is no time outside of us, when we do not exist in time? Said another way, the book begins and finishes, but has no Origin and End, as both are swathed by an encompassing Silence that somehow manages to speak. Here Taylor is at his most admirable originality. . . . This book will be of great importance to academic specialists in philosophy of religion, theology, aesthetics, and other arts. But it is so charmingly written that it should appeal as well to the ‘public intellectual,’ and to all humanistically competent readers.”

“Seeing Silence is indeed a book on the presence of God in art, silence being only one of the keys to understanding this presence. But going further, Seeing Silence proposes a comprehensive theology of art that uses silence to speak the name of God. . . . The book is less concerned with investigating silence as art or silence as an element in a work of art, but rather the question of what art–and the image in particular–can do to approach the elusive concept of silence.”