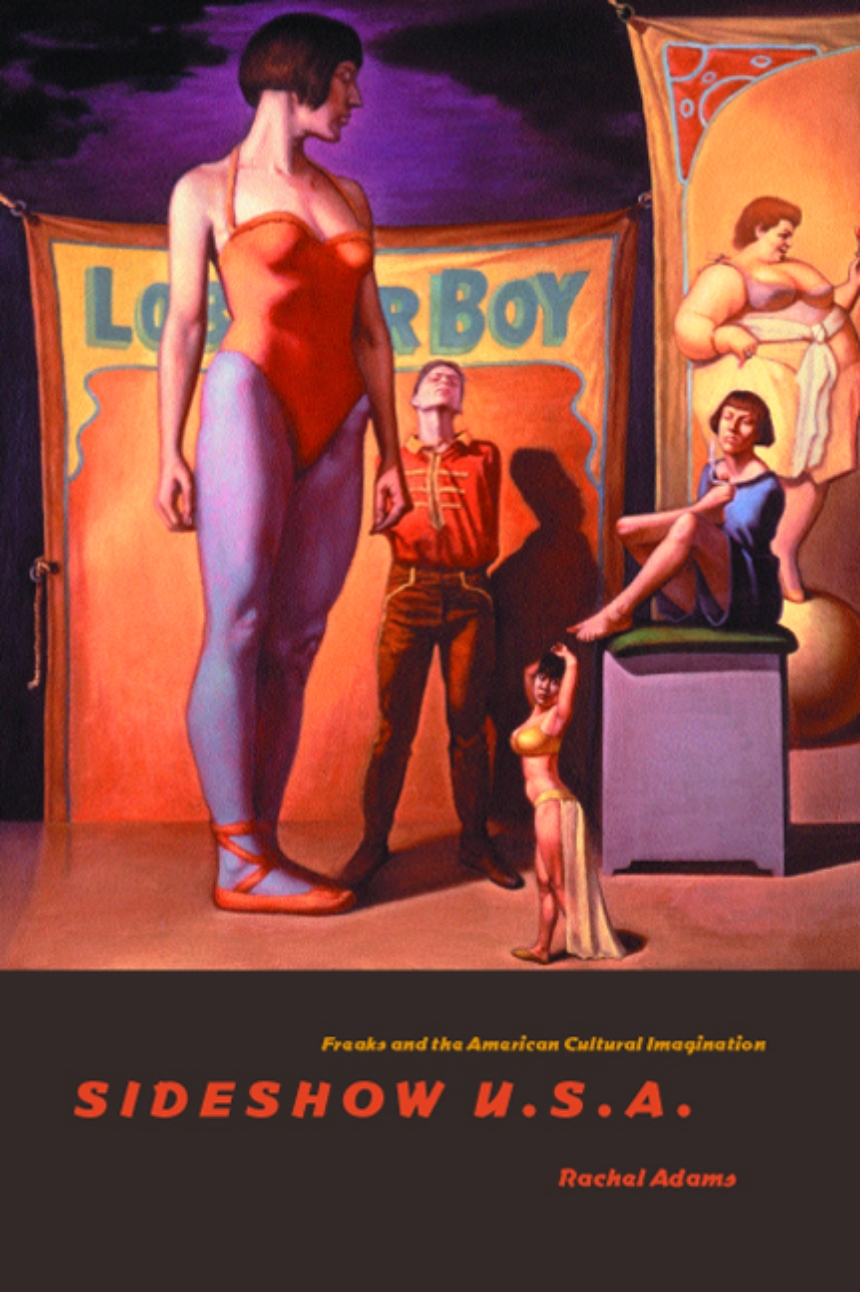 Freaks and the American Cultural Imagination

Freaks and the American Cultural Imagination

A staple of American popular culture during the nineteenth and early twentieth centuries, the freak show seemed to vanish after the Second World War. But as Rachel Adams reveals in Sideshow U.S.A., images of the freak show, with its combination of the grotesque, the horrific, and the amusing, stubbornly reappeared in literature and the arts. Freak shows, she contends, have survived because of their capacity for reinvention. Empty of any inherent meaning, the freak’s body becomes a stage for playing out some of the twentieth century’s most pressing social and political concerns, from debates about race, empire, and immigration, to anxiety about gender, and controversies over taste and public standards of decency.

Sideshow U.S.A. begins by revisiting the terror and fascination the original freak shows provided for their audiences, as well as exploring the motivations of those who sought fame and profit in the business of human exhibition. With this history in mind, Adams turns from live entertainment to more mediated forms of cultural expression: the films of Tod Browning, the photography of Diane Arbus, the criticism of Leslie Fiedler, and the fiction Carson McCullers, Toni Morrison, and Katherine Dunn. Taken up in these works of art and literature, the freak serves as a metaphor for fundamental questions about self and other, identity and difference, and provides a window onto a once vital form of popular culture.

Adams’s study concludes with a revealing look at the revival of the freak show as live performance in the late 1980s and the 1990s. Celebrated by some, the freak show’s recent return is less welcome to those who have traditionally been its victims. At the beginning of a new century, Adams sees it as a form of living history, a testament to the vibrancy and inventiveness of American popular culture, as well as its capacity for cruelty and injustice.

"Because of its subject matter, this interesting and complex study is provocative, as well as thought-provoking."—Virginia Quarterly Review

2. Freaks of Culture: Institutions, Publics, and the Subject of Ethnographic Knowledge
3. Sideshow Cinema

4. "A mixture of delicious and freak": The Queer Fiction of Carson McCullers
5. Freak Photography
6. From Sideshow to the Streets: Performing the "Secret Self"

7. The Black Look and the "spectacle of whitefolks": Wildness in Toni Morrison’s Beloved
8. Maternal Impressions