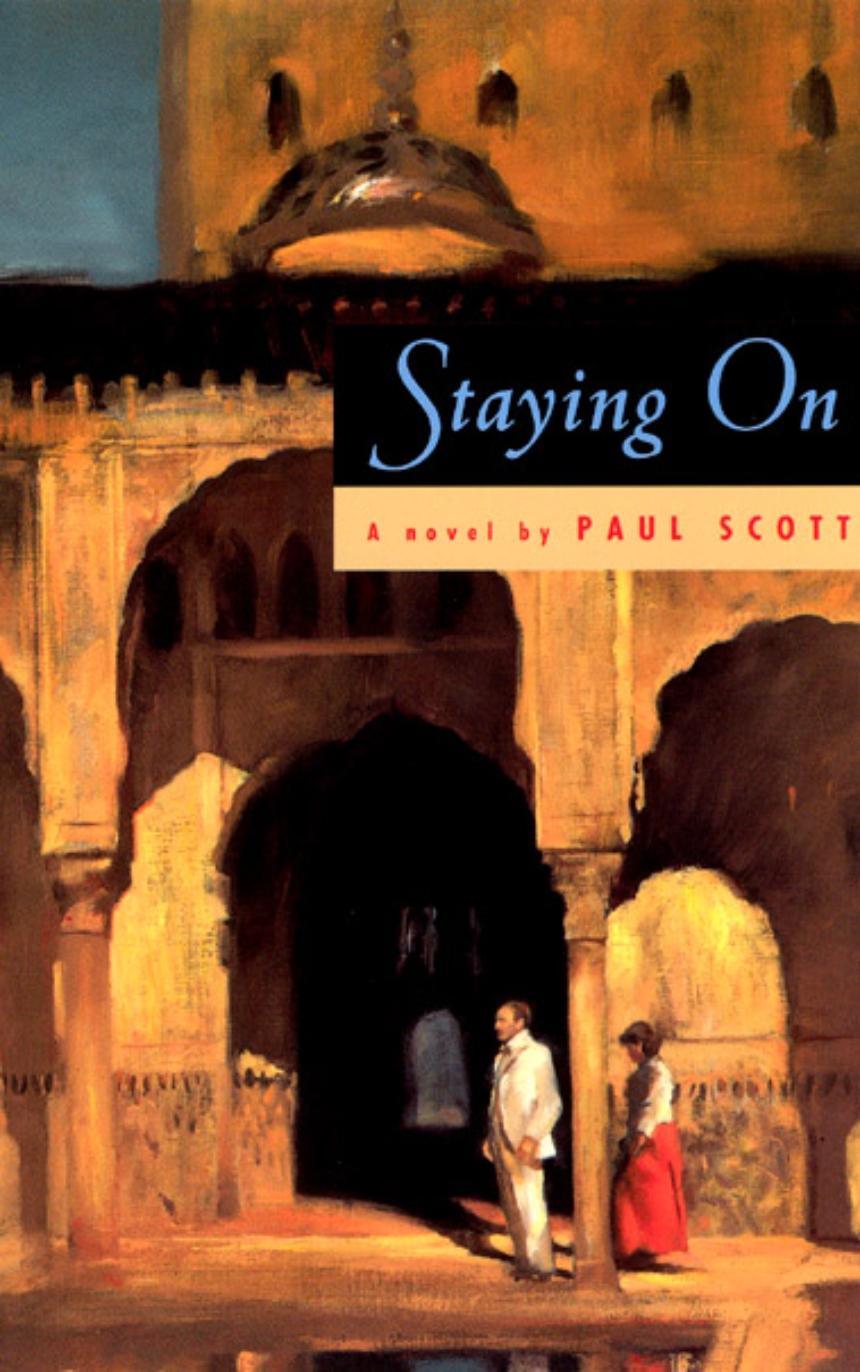 In this sequel to The Raj Quartet, Colonel Tusker and Lucy Smalley stay on in the hills of Pankot after Indian independence deprives them of their colonial status. Finally fed up with accommodating her husband, Lucy claims a degree of independence herself. Eloquent and hilarious, she and Tusker act out class tensions among the British of the Raj and give voice to the loneliness, rage, and stubborn affection in their marriage. Staying On won the Booker Prize in 1977 and was made into a motion picture starring Trevor Howard and Celia Johnson in 1979.

"Staying On far transcends the events of its central action. . . . [The work] should help win for Scott . . . the reputation he deserves—as one of the best novelists to emerge from Britain’s silver age."—Robert Towers, Newsweek

"Scott’s vision is both precise and painterly. Like an engraver cross-hatching in the illusion of fullness, he selects nuances that will make his characters take on depth and poignancy."—Jean G. Zorn, New York Times Book Review

"A graceful comic coda to the earlier song of India. . . . No one writing knows or can evoke an Anglo-Indian setting better than Scott."—Paul Gray, Time

"Staying On provides a sort of postscript to [Scott’s] deservedly acclaimed The Raj Quartet. . . . He has, as it were, summoned up the Raj’s ghost in Staying On. . . . It is the story of the living death, in retirement, and the final end of a walk-on character from the quartet. . . . Scott has completed the task of covering in the form of a fictional narrative the events leading up to India’s partition and the achievement of independence in 1947. It is, on any showing, a creditable achievement."—Malcolm Muggeridge, New York Times Book Review

“[One of] the top 10 books about the British in India. . . . It was the Raj Quartet that made Scott’s name, but I prefer the coda to the series. Staying On describes the intolerable Tusker, the retired Indian army officer who has made a financial horlicks by staying on in a small hill town after independence, and his long-suffering wife Lucy, who see their old world shrinking as the new India rises around them, literally so in the shape of the ghastly Shiraz hotel. Trevor Howard and Celia Johnson were perfect in the TV version, but the book is a joy and makes an elegiac farewell to the Raj.”

Ferdinand Mount, author of "The Tears of the Rajas: Mutiny, Money and Marriage in India 1805-1905" | Guardian