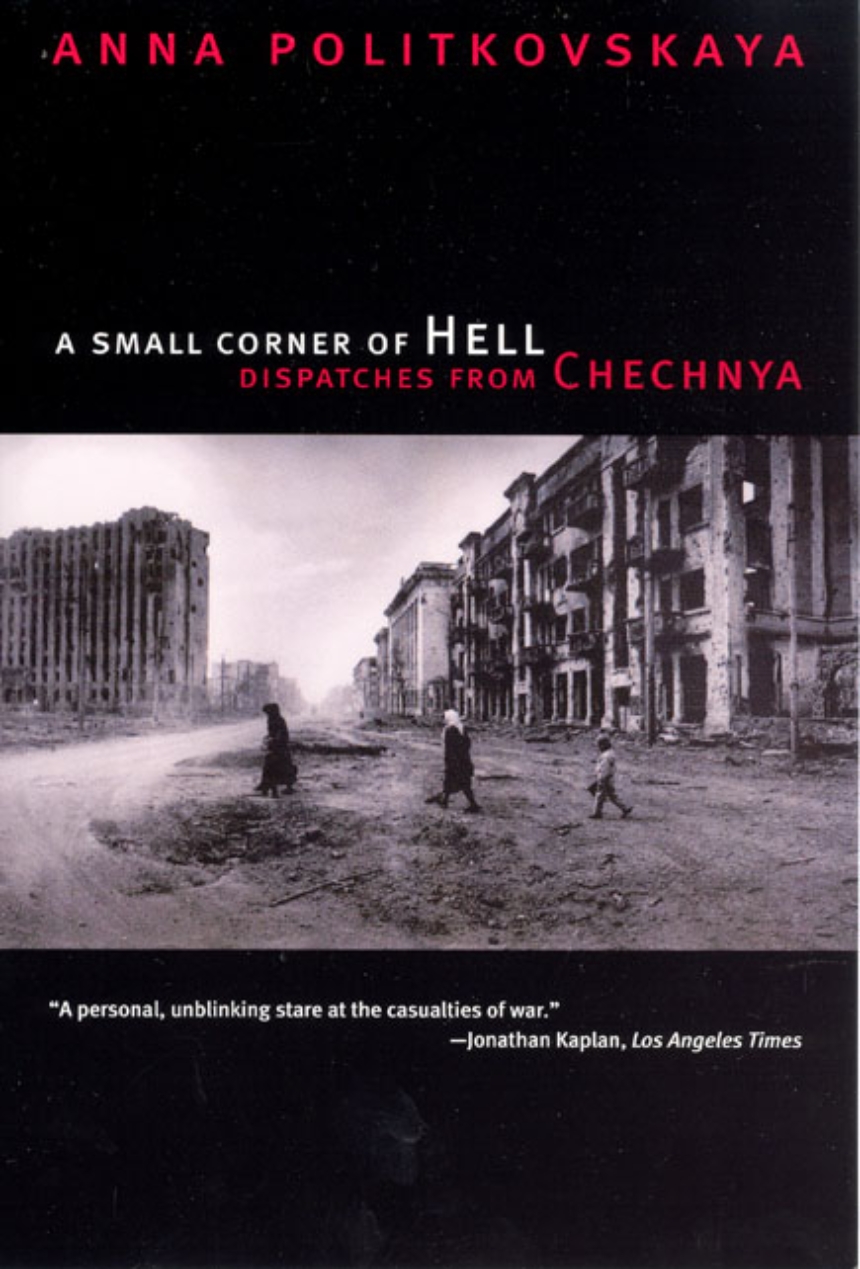 A Small Corner of Hell

A Small Corner of Hell

Translated by Alexander Burry and Tatiana Tulchinsky
Chechnya, a 6,000-square-mile corner of the northern Caucasus, has struggled under Russian domination for centuries. The region declared its independence in 1991, leading to a brutal war, Russian withdrawal, and subsequent "governance" by bandits and warlords. A series of apartment building attacks in Moscow in 1999, allegedly orchestrated by a rebel faction, reignited the war, which continues to rage today. Russia has gone to great lengths to keep journalists from reporting on the conflict; consequently, few people outside the region understand its scale and the atrocities—described by eyewitnesses as comparable to those discovered in Bosnia—committed there.

Anna Politkovskaya, a correspondent for the liberal Moscow newspaper Novaya gazeta, was the only journalist to have constant access to the region. Her international stature and reputation for honesty among the Chechens allowed her to continue to report to the world the brutal tactics of Russia’s leaders used to quell the uprisings. A Small Corner of Hell: Dispatches from Chechnya is her second book on this bloody and prolonged war. More than a collection of articles and columns, A Small Corner of Hell offers a rare insider’s view of life in Chechnya over the past years. Centered on stories of those caught-literally-in the crossfire of the conflict, her book recounts the horrors of living in the midst of the war, examines how the war has affected Russian society, and takes a hard look at how people on both sides are profiting from it, from the guards who accept bribes from Chechens out after curfew to the United Nations. Politkovskaya’s unflinching honesty and her courage in speaking truth to power combine here to produce a powerful account of what is acknowledged as one of the most dangerous and least understood conflicts on the planet.
Anna Politkovskaya was assassinated in Moscow on October 7, 2006.
"The murder of the journalist Anna Politkovskaya leaves a terrible silence in Russia and an information void about a dark realm that we need to know more about. No one else reported as she did on the Russian north Caucasus and the abuse of human rights there. Her reports made for difficult reading—and Politkovskaya only got where she did by being one of life’s difficult people."—Thomas de Waal, Guardian

Introduction
Whose Truth? by Georgi Derluguian
Prologue
London, May 2002: The Beginning
Ordinary Chechen Life in Wartime
It’s Nice to Be Deaf
The Chiri-Yurt Settlement
Makhkety: A Concentration Camp with a Commercial Streak
A Zone within a Zone
The Hundredth Grozny Blockade
Viktoria and Aleksandr: Grozny Newlyweds
A Village That No Longer Exists
A Lawless Enclave
A Nameless Girl from Nowhere
The Burning Cross of Tsotsan-Yurt
Starye Atagi: The Twentieth Purge
V-Day
The Chechen Choice: From the Carpet to the Conveyer Belt
What Are the Rules of the Game?
Modern Russian Life against the Backdrop of the War
Ruslan Aushev: "Nobody Guarantees Life in Chechnya Today"
A Pogrom
Five Hundred Rubles for Your Wife: The Chechnya Special Operation Ruins the Country
Chechnya’s Unique Islam
Executions of Reporters
Russia’s Secret Heroes
Killed by His Own
It’s Hard to Get Cartridges in Mozhaisk
Who Wants This War?
An Oligarchy of Generals
Miracle Fields
Boys and Girls
Westernizers and Orientals
Chechyna as the Price for the UN Secretary-General’s Post
Special Operation Zyazikov
We Survived Again!: A Chronicle of Colonel Mironov’s Luck
Epilogue
London 2002: An Ending without Closure
Afterword