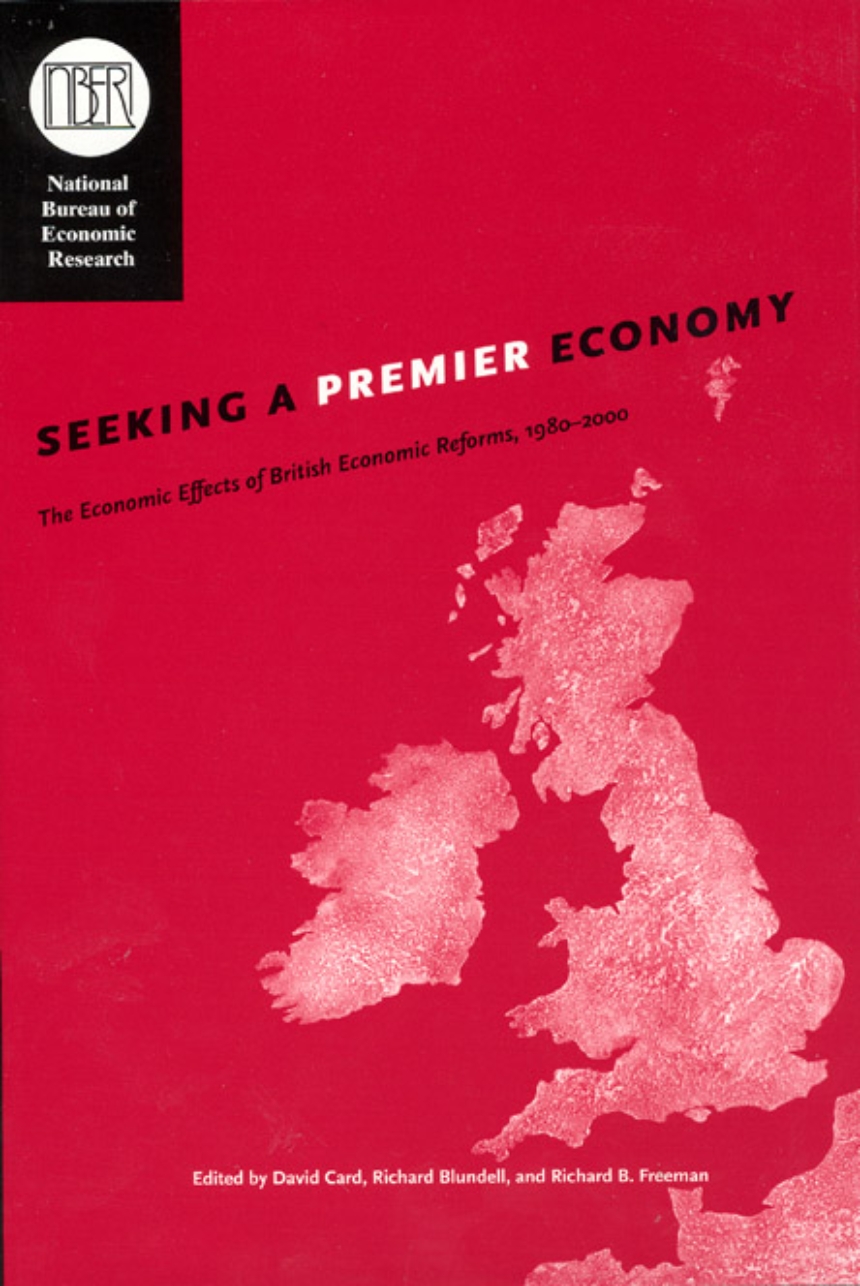 Edited by David Card, Richard Blundell, and Richard B. Freeman

Edited by David Card, Richard Blundell, and Richard B. Freeman

In the 1980s and 1990s successive United Kingdom governments enacted a series of reforms to establish a more market-oriented economy, closer to the American model and further away from its Western European competitors. Today, the United Kingdom is one of the least regulated economies in the world, marked by transformed welfare and industrial relations systems and broad privatization. Virtually every industry and government program has been affected by the reforms, from hospitals and schools to labor unions and jobless benefit programs.

Seeking a Premier Economy focuses on the labor and product market reforms that directly impacted productivity, employment, and inequality. The questions asked are provocative: How did the United Kingdom manage to stave off falling earnings for lower paid workers? What role did the reforms play in rising income inequality and trends in poverty? At the same time, what reforms also contributed to reduced unemployment and the accelerated growth of real wages? The comparative microeconomic approach of this book yields the most credible evaluation possible, focusing on closely associated outcomes of particular reforms for individuals, firms, and sectors.

Acknowledgments
Introduction
What Have Two Decades of British Economic Reform Delivered?
Seeking a Premier-League Economy: The Role of Privatization
Shared Modes of Compensation and Firm Performance: U.K. Evidence
Characteristics of Foreign-Owned Firms in British Manufacturing
The Surprising Retreat of Union Britain
Pension Reform and Economic Performance in Britain in the 1980s and 1990s
Labor Market Reforms and Changes in Wage Inequality in the United Kingdom and the United States
Whither Poverty in Great Britain and the United States? The Determinants of Changing Poverty and Whether Work Will Work?
Mobility and Joblessness
Has "In-Work" Benefit Reform Helped the Labor Market?
Active Labor Market Policies and the British New Deal for the Young Unemployed in Context
Contributors
Author Index
Subject Index