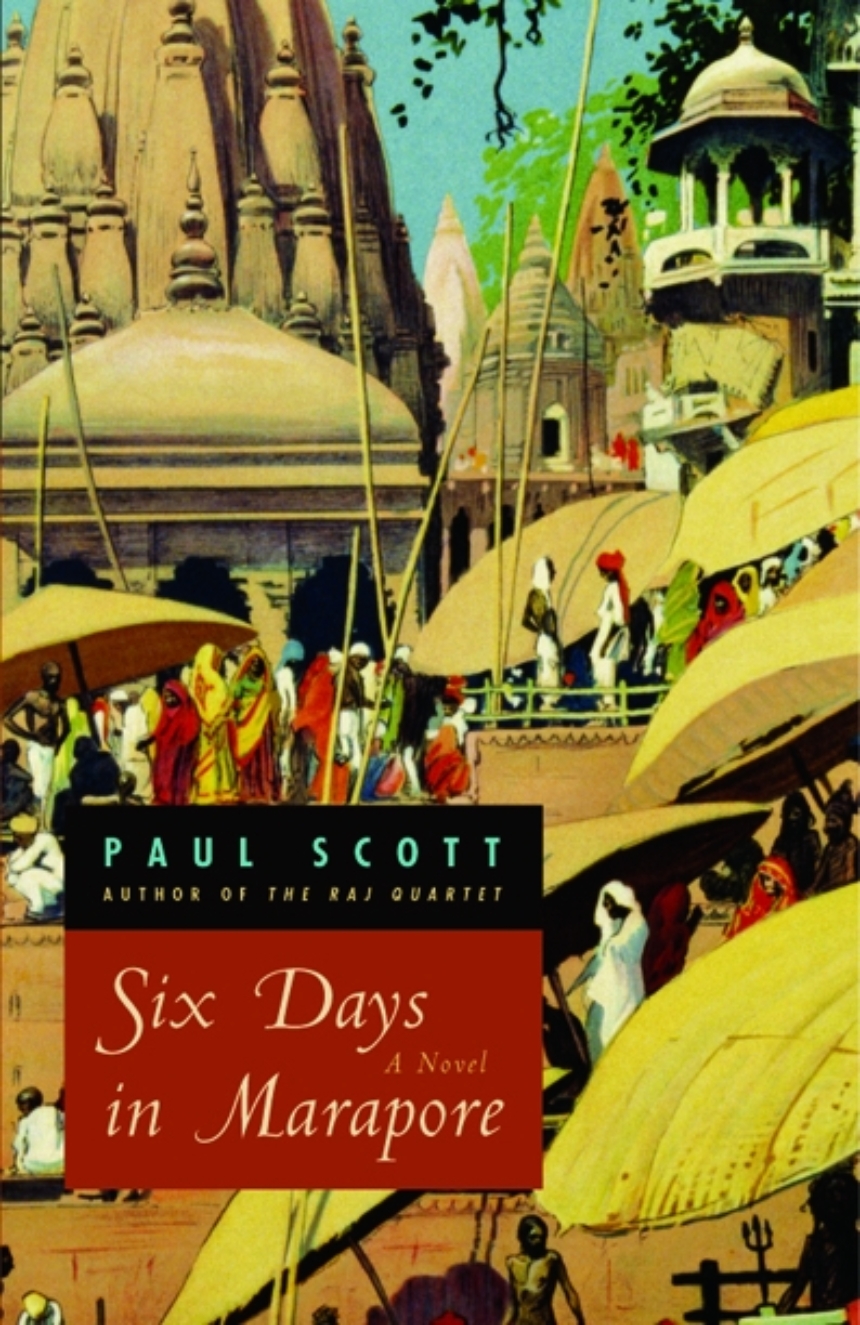 In this swiftly paced and lyrical novel about British expatriates at the time of Indian independence, Paul Scott grapples with the themes of race, possession, and history that dominate all four novels of his masterpiece, The Raj Quartet, especially The Jewel in the Crown. As always, Scott fills his book with vivid characters: the seductive, bigoted war widow; the sophisticated, wily Hindu politician; and the athletic young American who only gradually begins to understand the legacy of pain and hatred veiling the woman he has come to rescue. Set against the backdrop of a nation in violent transition—a climate of exhilaration and shifting loyalties—Six Days in Marapore unfolds amidst the possibility of reconciliation, freedom, and healing.

"Scott’s brief characterizations are as important to Six Days in Marapore as the basic plot . . . This is not primarily a novel of India, but rather more of frightened foreigners living there at the end of their era."—New York Times

"Intense, abrasive, the many conflicts and telltale stigmata of Hindu and Moslem, white and off white, give this its uncertain temper and certain suspense."—Kirkus Reviews