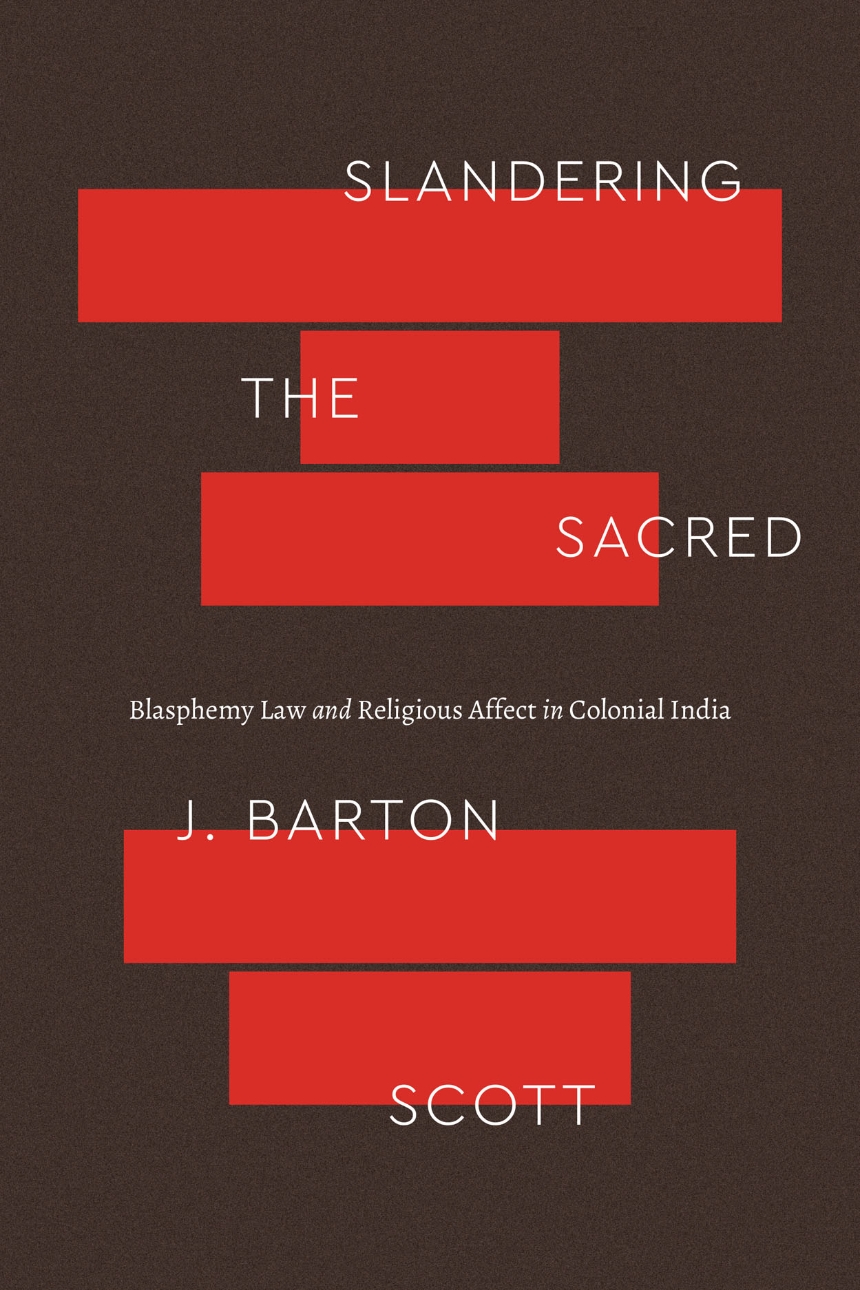 A history of global secularism and political feeling through colonial blasphemy law.

Why is religion today so often associated with giving and taking offense? To answer this question, Slandering the Sacred invites us to consider how colonial infrastructures shaped our globalized world. Through the origin and afterlives of a 1927 British imperial law (Section 295A of the Indian Penal Code), J. Barton Scott weaves a globe-trotting narrative about secularism, empire, insult, and outrage. Decentering white martyrs to free thought, his story calls for new histories of blasphemy that return these thinkers to their imperial context, dismantle the cultural boundaries of the West, and transgress the borders between the secular and the sacred as well as the public and the private.

“Slandering the Sacred offers a gripping voyeuristic account of the sinuous ways in which law’s religion and religion’s law together conspired in the racist and sentimental effort to regulate speech and affect in colonial India, particularly in the strange career of Thomas Macaulay.”

“By rerouting the modern history of blasphemy through late colonial India, this elegant and imaginative book returns empire to the history of secularism as it centers India in the reconception of blasphemy as a secular crime. This richly textured history with many twists and turns is a must-read that cuts through the logjam of contemporary debates about religion and free speech.”

“In this discerning study, Scott recasts South Asia as a major crucible of key ideas about blasphemy that crystallized under British colonial rule. By linking blasphemy laws with secularization in the metropole and colony, he astutely shows that religious offense often obscured the residual violence in state and society. As Scott skillfully argues, law’s putative management of public feelings provided an alibi for solidifying colonialism’s grip on civil society, spilling over into the postcolonial state’s mediation of religious differences.”

“Scott has written a book as witty as it is scholarly. Slandering the Sacred is an enthralling and colorful history of a law, a page-turner about a penal code: this is an impressive feat.".