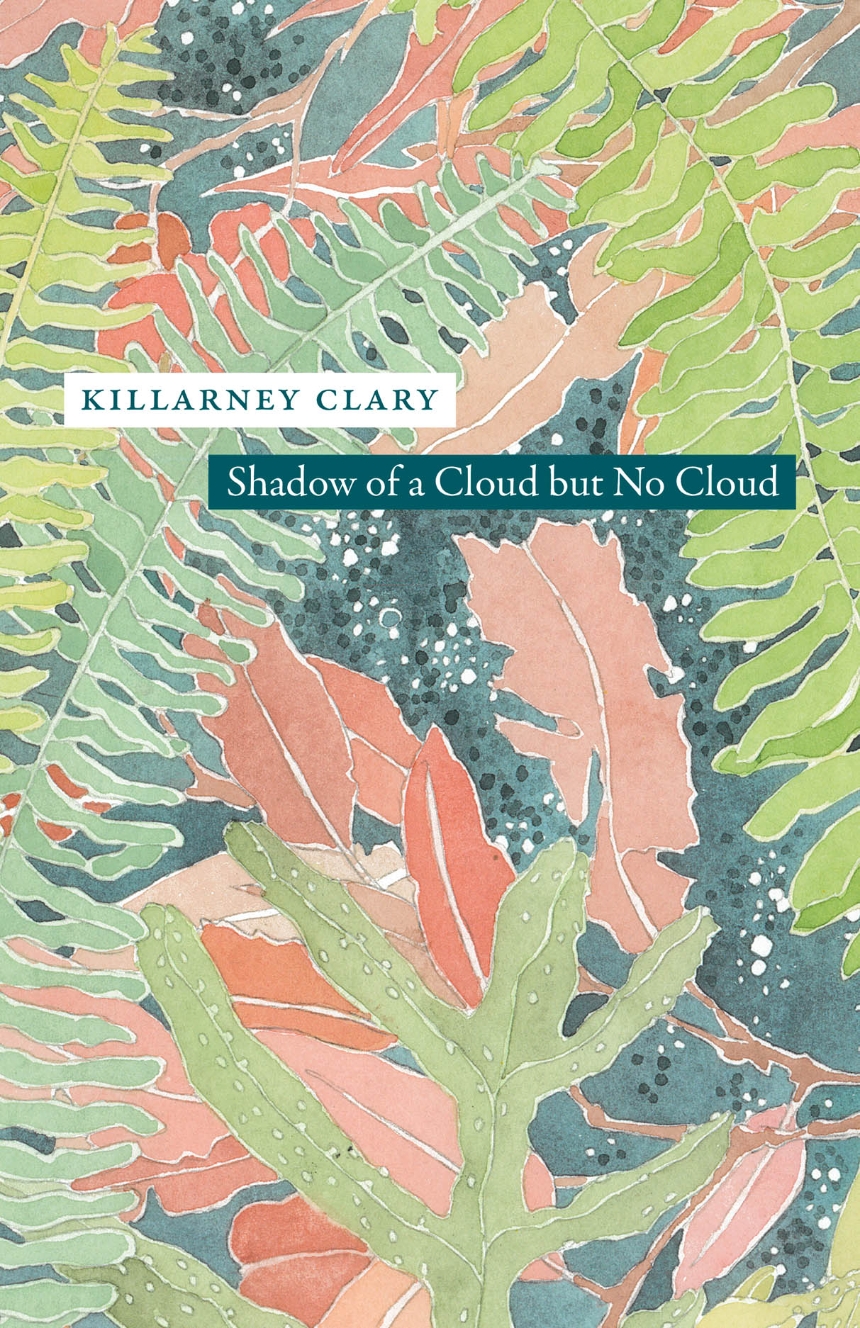 Shadow of a Cloud but No Cloud

Shadow of a Cloud but No Cloud

Shadow of a Cloud but No Cloud, the latest collection from enigmatic prose poet Killarney Clary, is a book-length sequence of unnumbered, untitled poems, each evoking a clear moment in time. The details on which Clary chooses to focus suggest a narrative that will not resolve. The unnamed people with whom she interacts offer exchanges she is desperate to prolong, and in attempts to understand her place, she reaches beneath the fragile armor of those loved, especially those who can no longer answer her. This quietly haunting book, remarkable for its subtlety and delicacy, is Clary’s strongest, most engaging work to date and amply shows her to be a master of this lyric genre.

"Refines and returns to her initial strength: It’s wiser, terser, sadder, never resigned, but alert to the years of a poet who has lost a parent, survived her first fame and kept her insight acute through middle age. . . . Clary works in the tradition of modern novelists (Virginia Woolf, for example), who ask us to trust their characters’ streams of consciousness, but also in a tradition of prose poetry stretching back to Baudelaire. Fans of today’s short-short fiction--say, Lydia Davis--should check her out too."

"The unassuming elegance of Clary’s 1989 debut, Who Whispered Near Me, with its melodic sentences, inward wisdom, and mysterious scene shifts, quietly changed the face of the American prose poem, though she gets too little credit. Her fourth book of prose poems may change that—it’s her most consistent, and maybe her best. It’s also her saddest, since half the musings, memories, and meditations here face the debility, old age, and death of her parents: ’That lack is a lack forever. There was pure color in the open, a yellow iris in the rain.’ Other poems, however, look to the future as well as the past, to erotic attraction and to grown-up commitments, and to sites in Ireland or the West Coast. Some pieces are essentially flash fiction, about loneliness, about parents and children: ’She taped a note for me on her window, and I one in return: she answered… I see through the glass the glare on ornaments.’ Clary may be ’alone in the cold wishing I weren’t alone,’ but she is also keeping her promises, to other people and to the music in her American language, where ’what I learn catches on what I already know.’ It’s easy to imagine more attention coming at last to this already-cherished writer."

"Clary’s untitled prose poems, broken into six sections, synchronously gather and sequester the shared experiences of attachment and break; of youth and aging; of being lost and being found. Employing a poetic form that visually mimics prose, the poet organizes the infinite worlds of the poems into finite, containable pieces. . . . The poet assembles a rich landscape, one sometimes representative and sometimes abstractedly indirect."