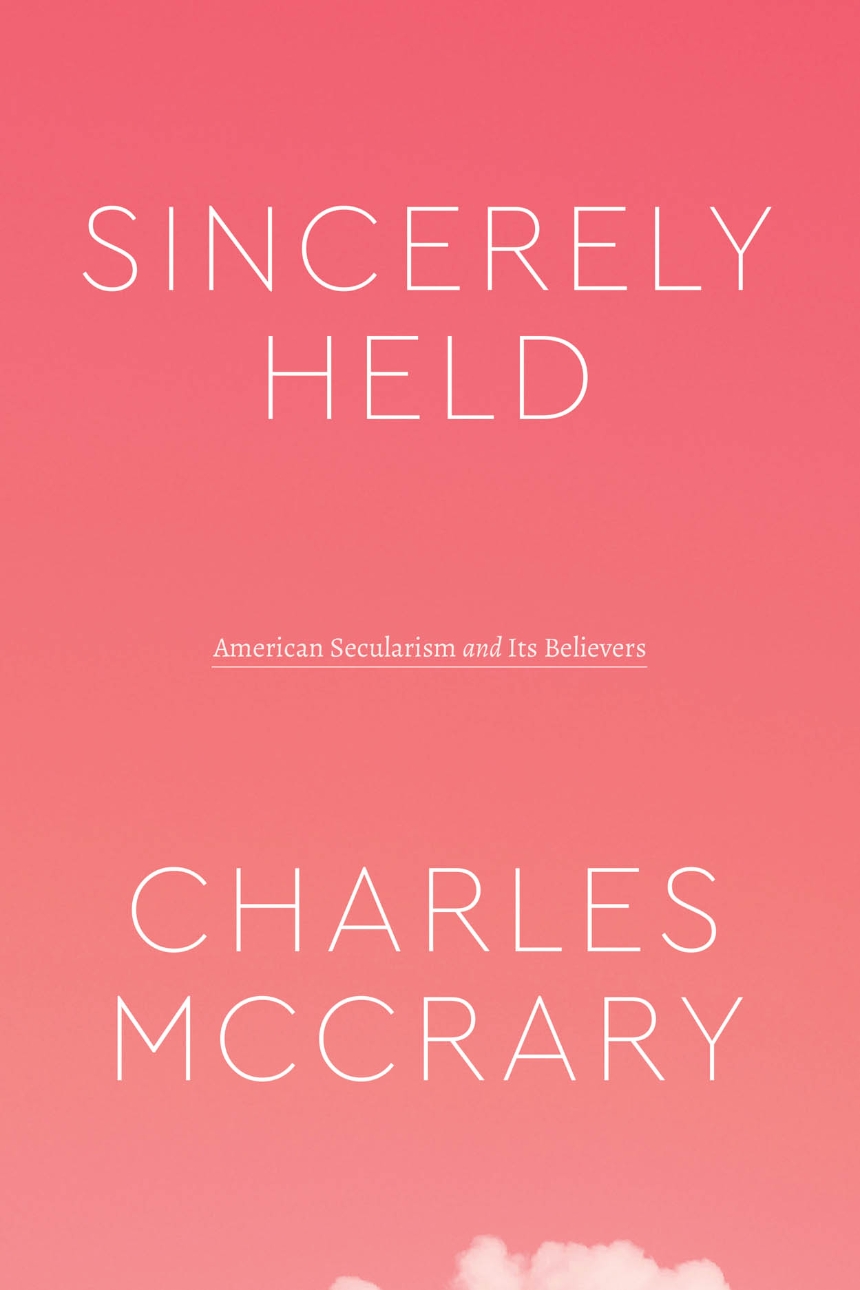 American Secularism and Its Believers

American Secularism and Its Believers

A novel account of the relationship between sincerity, religious freedom, and the secular in the United States.

McCrary skillfully traces the interlocking histories of American sincerity, religion, and secularism starting in the mid-nineteenth century. He analyzes a diverse archive, including Herman Melville’s novel The Confidence-Man, vice-suppressing police, Spiritualist women accused of being fortune-tellers, eclectic conscientious objectors, secularization theorists, Black revolutionaries, and anti-LGBTQ litigants. Across this history, McCrary reveals how sincerity and sincerely held religious belief developed as technologies of secular governance, determining what does and doesn’t entitle a person to receive protections from the state.

This fresh analysis of secularism in the United States invites further reflection on the role of sincerity in public life and religious studies scholarship, asking why sincerity has come to matter so much in a supposedly “post-truth” era.

"McCrary casts this complex subject in a new light. Readers will gain valuable insights into the politics of religion in America."

Featured Book of the Day

"Charles McCrary’s brilliant Sincerely Held shows the declining fortunes of truth and the steadily appreciating value of sincerity to be sides of a single American coin.  As the acceptable face of religion under secular law, sincerity severs belief from veracity, hedges it with protections, and exempts it from democratic accountability.  McCrary’s genealogy of sincerity moves deftly among con artists, purveyors and suppressors of vice, war resisters, and conscientious objectors to secular law to show sincerely held belief to be a technology of racial governance and an engine of state violence.  Remarkably, he excavates from the same history the radical possibility that sincerely held belief might yet be summoned to advance good-faith engagement across differences rather than shut it down.  A book of uncommon intelligence, daring, grace, and verve, Sincerely Held is cultural criticism a secular age deserves."

"Anyone interested in the politics of U.S. religion must grab a copy of Sincerely Held. Over eight chapters populated with con artists, credulous dupes, earnest petitioners, conscientious objectors, indignant inmates, principled paper-pushers, and discriminating judges, McCrary sketches the multifaceted and mercurial figure of the true believer. And just as the legal category of sincerely held belief imagines a world of external guises and hidden truths, McCrary skillfully balances his main text with illuminating discursive footnotes that both perform and subvert the practices of disclosure he so ably describes. Others have written convincingly about the form of secularism, but McCrary captures its irregularly beating heart."

"McCrary’s incisive study of secularism and the secular brings to life the paradoxes of religion and law in the U.S. His colorful characters come from literature, legal proceedings, and even bureaucratic forms to illuminate how sincerity became a legal category and what that means for law’s imagination of religion."

This is a riveting cultural history of that strange and peculiarly American character: the “sincere religious believer.” Indeed, one of the many strengths of this fascinating and utterly persuasive book, is the way Charles McCrary defamiliarizes the secular obviousness of both “sincere believers” and “sincerely held religious beliefs.” Braiding together 19th-century worries over con-men and charlatans with a series of 20th-century legal cases that sought to distinguish the religious from the not-religious, McCrary demonstrates the secular state’s increasing reliance on sincerity—ascertaining it, measuring it—as a way to sort true from false (including the religiously false). In so doing, McCrary reveals religious sincerity’s crucial role in both secular governance and racial formation. At a time when sincerely held religious beliefs are increasingly invoked by Christian conservatives to justify limits on women’s reproductive freedom and LGBTQ+ equality, Sincerely Held is bracing and urgent reading.