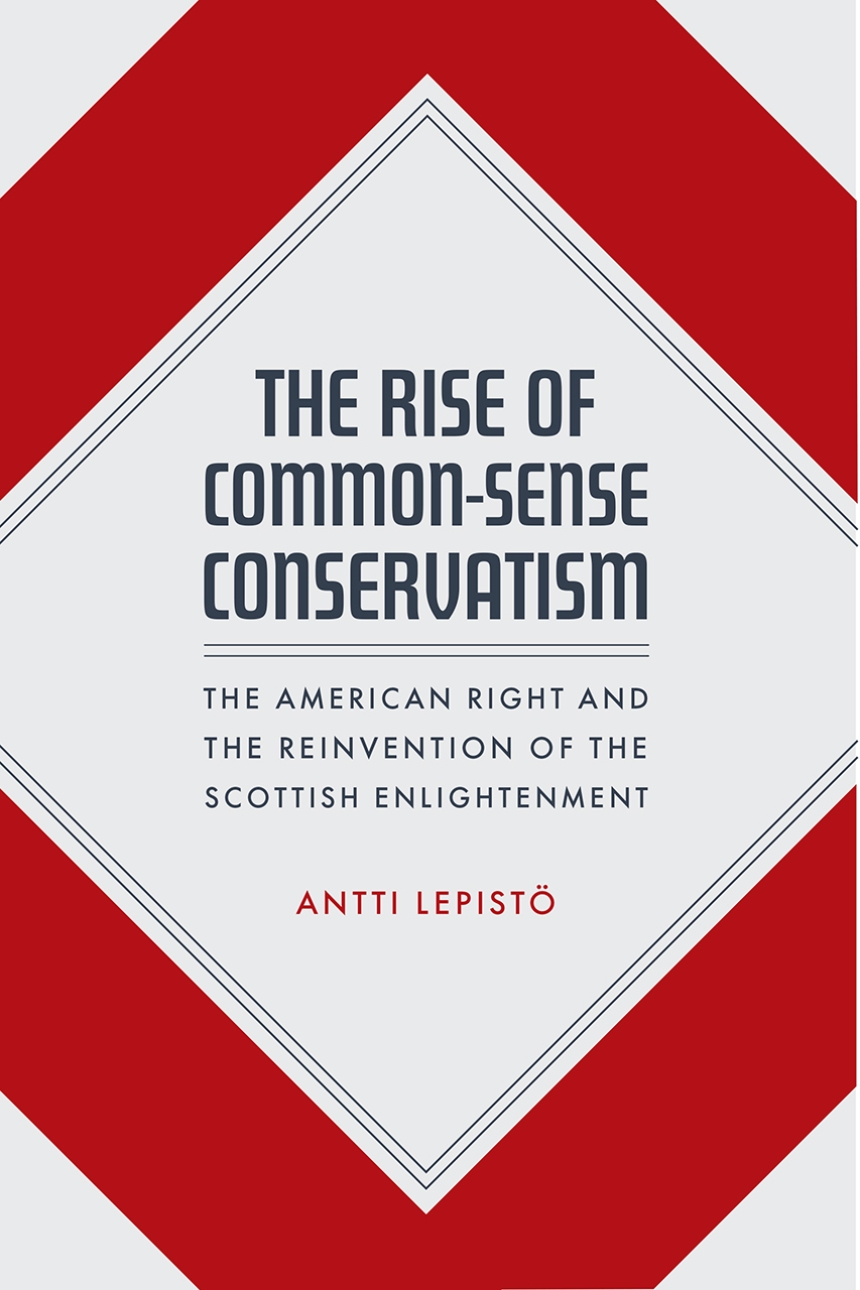 The Rise of Common-Sense Conservatism

The American Right and the Reinvention of the Scottish Enlightenment

The Rise of Common-Sense Conservatism

The American Right and the Reinvention of the Scottish Enlightenment

In the years following the election of Donald Trump—a victory that hinged on the votes of white Midwesterners who were both geographically and culturally distant from the media’s coastal concentrations—there has been a flurry of investigation into the politics of the so-called “common man.” The notion that the salt-of-the-earth purity implied by this appellation is best understood by conservative politicians is no recent development, though. As Antti Lepistö shows in his timely and erudite book, the intellectual wellsprings of conservative “common sense” discourse are both older and more transnational than has been thought.

In considering the luminaries of American neoconservative thought—among them Irving Kristol, Gertrude Himmelfarb, James Q. Wilson, and Francis Fukuyama—Lepistö argues that the centrality of their conception of the common man accounts for the enduring power and influence of their thought. Intriguingly, Lepistö locates the roots of this conception in the eighteenth-century Scottish Enlightenment, revealing how leading neoconservatives weaponized the ideas of Adam Smith, Thomas Reid, and David Hume to denounce postwar liberal elites, educational authorities, and social reformers. Their reconfiguration of Scottish Enlightenment ideas ultimately gave rise to a defining force in modern conservative politics: the common sense of the common man. Whether twenty-first-century politicians who invoke the grievances of “the people” are conscious of this unusual lineage or not, Lepistö explains both the persistence of the trope and the complicity of some conservative thinkers with the Trump regime.

"A history of the origins of neoconservatism, The Rise of Common-Sense Conservatism is therefore timely, and one of its claims is quite delicious. Finnish scholar Antti Lepistö pops one of the great conceits of contemporary politics: that the refined rightists of DC policy circles have nothing whatsoever to do with the populism of truckers, anti-vax folks, and, of course, Donald Trump. The Rise of Common-Sense Conservatism shows that neocons, reacting to the malaise of 1970s America, strategically crafted a “popular epistemology” by relying on the Common-Sense philosophy of the Scottish Enlightenment. Neocons are populists, even if they were horrified when the boorish Donald Trump rode their tiger into the White House."

"The Rise of Common-Sense Conservatism is a highly innovative examination of how neoconservative intellectuals applied Scottish Enlightenment ideas about common sense to late-twentieth-century American problems such as the family, crime, and multiculturalism. How did intellectuals who previously detected cultural problems among most Americans come to argue that the culture of the very same people was not the problem but rather the solution to a crisis created by elites? By answering this important question, Antti Lepistö helps us understand the forces that gave rise to Donald Trump."

Andrew Hartman, author of A War for the Soul of America

“Fascinating and compelling. Lepistö argues that neoconservatives’ misreadings of Scottish Enlightenment thinkers were part of a sustained effort to prove ‘average Americans’ right and liberal elites wrong, which thus paved the way for the right-wing populism that dominates both American and global politics today. This book will appeal to both lay and scholarly readers interested in the origins of our current political predicament.”

Michael L. Frazer, author of The Enlightenment of Sympathy: Justice and the Moral Sentiments in the Eighteenth Century and Today

“How did American conservatives go from mistrusting the mob to taking up the language of common-sense populism? Lepistö answers that question by exploring the hold Scottish Enlightenment moral philosophy had on late twentieth-century neoconservative thinkers. This is the kind of history writing that helps us make sense of our own moment.”

"Lepistö presents an engaging study of neoconservatism’s influences which challenges scholarship to look at its intellectual substance, and to go beyond traditional preoccupations with foreign policy and debates regarding its origins. In doing so, he provides an original approach to the comprehension of neoconservatism and makes essential reading for those interested in it."

"A fascinating and well-written intellectual history of the American Right."

"Eloquent. . . This book undoubtedly provides a very novel and unique framework for analysis and interpretation of the ideological origins of contemporary American right-wing populism. The book's arguments are all the more interesting given some of the potential divergences between the Scottish Enlightenment and the political traditions of England."

"The Rise of CommonSense Conservatism makes a solid contribution to the scholarship on developments in the modern conservative movement."