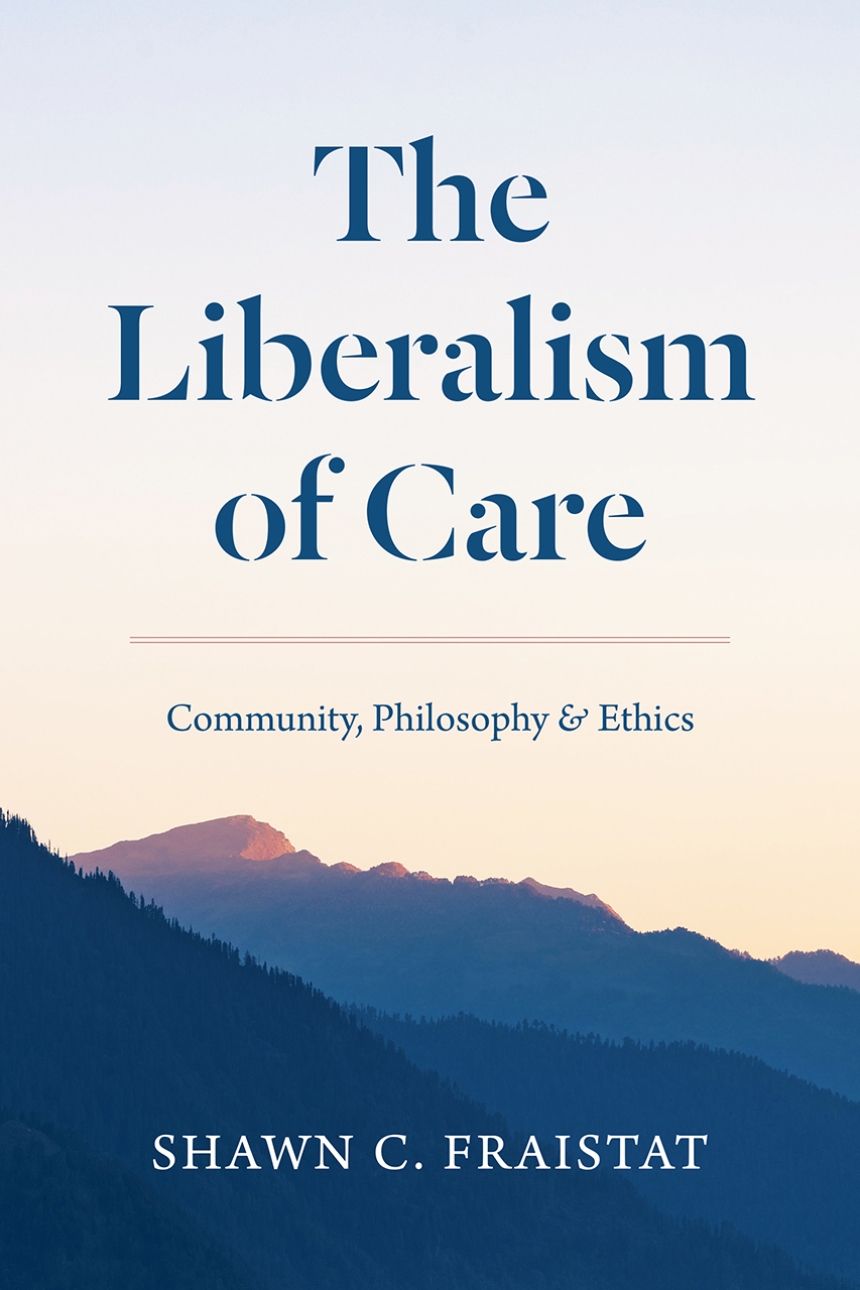 The Liberalism of Care

The Liberalism of Care

Attention to care in modern society has fallen out of view as an ethos of personal responsibility, free markets, and individualism has taken hold. The Liberalism of Care argues that contemporary liberalism is suffering from a crisis of care, manifest in a decaying sense of collective political responsibility for citizens’ well-being and for the most vulnerable members of our communities. Political scientist Shawn C. Fraistat argues that we have lost the political language of care, which, prior the nineteenth century, was commonly used to express these dimensions of political life.

To recover that language, Fraistat turns to three prominent philosophers—Plato, Jean-Jacques Rousseau, and William Godwin—who illuminate the varied ways caring language and caring values have structured core debates in the history of Western political thought about the proper role of government, as well as the rights and responsibilities of citizens. The Liberalism of Care presents a distinctive vision for our liberal politics where political communities and citizens can utilize the ethic and practices of care to face practical challenges.

"The Liberalism of Care richly re-envisions both the politics of care and the nature of contemporary liberalism through an original and highly illuminating analysis of care in some key contributors to the history of political thought in the West. Fraistat’s searching studies of Plato, Rousseau, and Godwin explore with great nuance and insight the relationship between care and authority, domination, civic engagement, self-development, and solidarity, among other things. Yet even as it shifts how we understand the history of political thought, the book offers a valuable resource for liberal democracies navigating current challenges of authoritarianism, populism, deep dividedness, entrenched injustice, and rising inequality. The Liberalism of Care is an important contribution to political theory and to public life."

Daniel Engster, The University of Houston

Chapter 2. Plato and the Politics of Authority as Care

Chapter 6. Godwin and Anarchy as Care